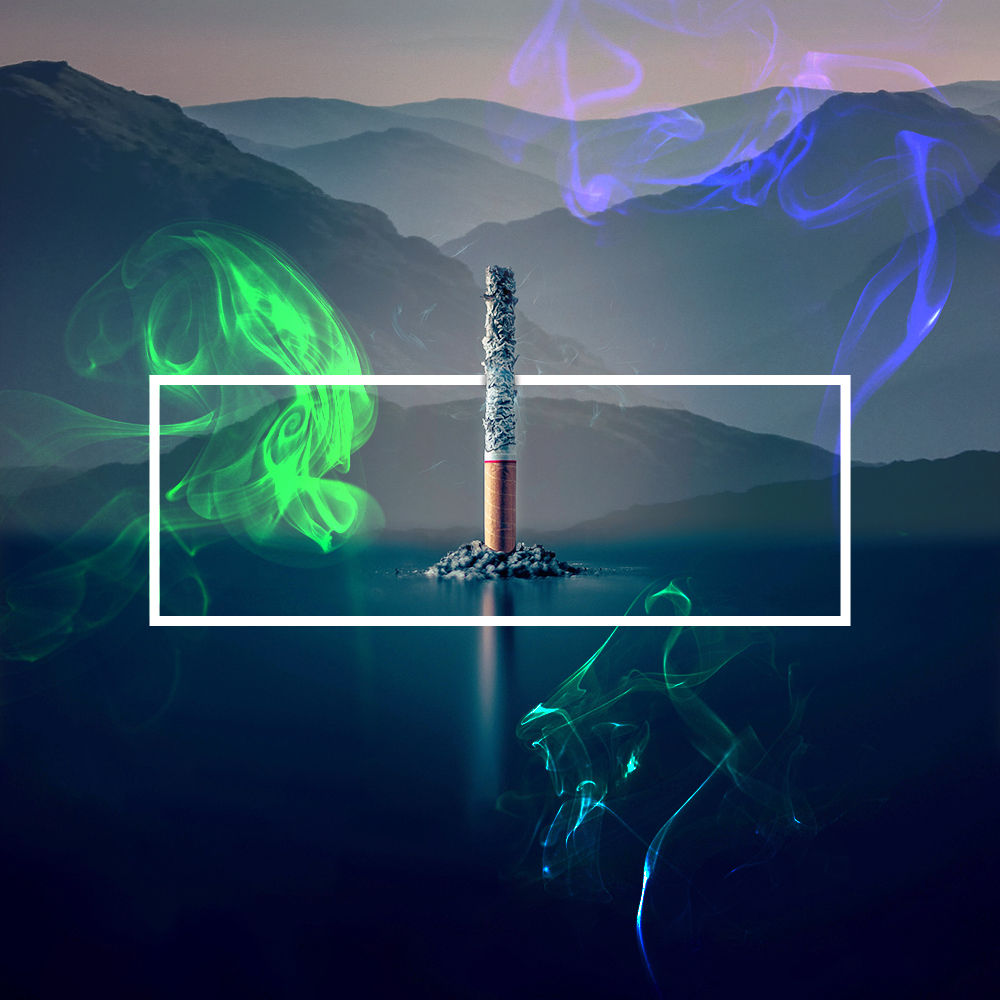 In the past few years, researchers have picked up on long-dormant lines of inquiry by studying the use of psychedelics in the treatment of addiction. When it comes to smoking cessation, psilocybin is currently the most widely examined substance.

Everyone knows that smoking cigarettes isn’t healthy. Aside from the obvious risk of lung cancer, smoking is also linked to heart disease and stroke, and can increase the likelihood of bladder, throat, mouth, tongue, and pancreatic cancer. In Canada, smoking is still very common, with 15.1 percent of the population, or approximately 4.6 million Canadians, being smokers according to a 2017 survey from the University of Waterloo.

These methods don’t always work; especially when it comes to long-term heavy smokers. It is estimated that smokers looking to quit make an average of 30 attempts before successfully quitting for good.

How Can Psilocybin Contribute To Smoking Cessation?

In the last few decades there has been an important resurgence of medical studies involving psychedelics. Many of these studies involve psychedelics in the treatment of addiction to substances such as alcohol, cocaine, and nicotine. While treatments using LSD and DMT are also being explored for this purpose, psilocybin is being broadly studied when it comes to treating addiction.

It is still unclear how psilocybin treats addiction and why it can be so effective. It could be because psilocybin creates new links between previously disconnected brain regions. Normally, brain activity follows a very specific neural network, but psilocybin temporarily alters the brain’s entire organizational framework.

Psilocybin may trigger an introspective, mystical experience, allowing patients to leave their sessions with newfound insights into the nature of their own behaviour. One theory about why psychedelics can work so well in the treatment of addiction suggests that they trigger feelings of unity and transcendence that can help change thought patterns that fuel addiction.

Research on psilocybin-facilitated smoking cessation treatment is still ongoing. However, one pilot study was completed in 2015 by the Journal of Psychopharmacology, and another is currently being conducted by Johns Hopkins University in collaboration with the Beckley Foundation and the Heffter Research Institute will be completed in 2022.

Pilot Study in the Journal of Psychopharmacology

Fifteen participants completed this psilocybin-facilitated open-label pilot study on smoking cessation between 2009 and 2015. The main purpose of this study was to determine the safety and viability of psilocybin in the treatment of smoking cessation.

The participants were psychiatrically healthy smokers who had previously attempted to quit smoking without success. They received moderate  doses (20mg of psilocybin per 70kg of the patient’s weight) and high doses (30mg/70kg) of psilocybin within a structured 15-week smoking cessation treatment period.

The results of this study were positive. Participants reported gaining significant insights about themselves and the reasons behind their smoking habits from their psilocybin sessions. They also emphasized that the psilocybin experiences overshadowed any short-term withdrawal symptoms. The participants went on to achieve an 80 percent abstinence rate over six months, which is significantly higher than the commonly reported rate of 35 percent for other behavioral or pharmacological therapies.

This randomized, open-label pilot study began in September 2008 and will be completed in December 2022. One of the study’s purposes is to compare the efficacy of psilocybin versus the efficacy of nicotine patches in smokers who have unsuccessfully attempted to quit smoking in the past. Out of the 80 participants, 40 received psilocybin treatment while the other 40 received nicotine patches. Participants also received a 13-week course of cognitive behavioral therapy for smoking cessation.

After a few preparation meetings, participants received either a single day-long psilocybin session or a standard 8 to 10 weeks course of nicotine patch treatment. Participant’s smoking status is being assessed repeatedly through urine and breath tests. Smoking status is also being assessed at follow up sessions three, six and 12 months after the Target Quit Date, which takes place in the fifth week of treatment.

Researchers at the Behavioral Pharmacology Research Unit at Johns Hopkins University School of Medicine have been studying the potential of psilocybin as a treatment for nicotine addiction since 2008. The research is being led by Principal Investigator Matthew W. Johnson, Ph.D., and Co-Investigator Roland R. Griffiths, Ph.D.

While studies show that psychedelics aren’t physically addictive and are safe when administered properly, research does show that they can be abused. In extreme cases, psilocybin can produce anxiety, frightening hallucinations, and paranoia. It can also be dangerous for those with a predisposition to psychosis.

However, the harms associated with this substance are low compared to other drugs, especially in controlled, clinical environments. The initial results have been very positive and are very encouraging but the studies are still small at this point. In the following years, we expect more research will be conducted to fully understand and determine the benefits of psilocybin-assisted therapy for smoking cessation.