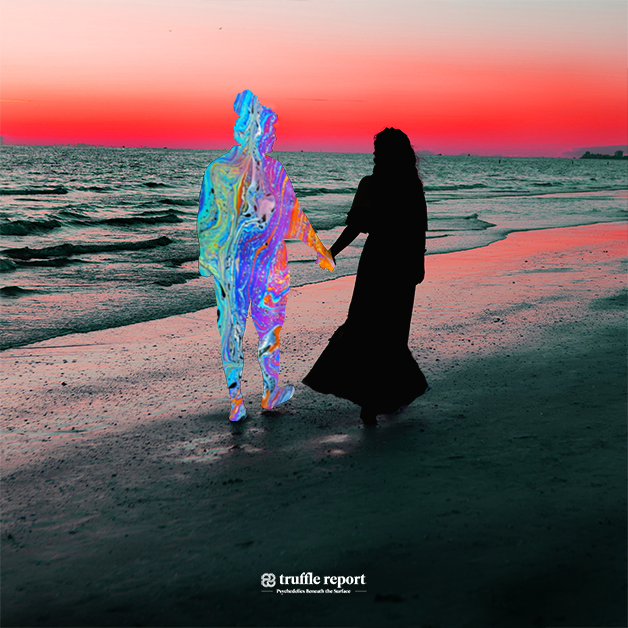 In the first half of this two-part series, we discussed the role psychedelics played in the horrors of conversion therapy in the 20th century. Here, we’ll examine contemporary discussions into psychedelics and LGBTQ inclusivity.

In an effort to kickstart an important conversation for the evolving psychedelic space, the Chacruna Institute organized the first-ever queer and gender minority-focused psychedelic conference in San Francisco back in 2019. The event’s press release mentioned that while the world was seeing the beginnings of a Psychedelic Renaissance, “there’s been little discussion about how these substances might be used to heal the disproportionate rates of depression, anxiety, and other mental health conditions in the LGBTQI+ community.”

Two years later, they are continuing that discussion.

“The answer is that we do not know,” he continues. “We do not know because the researchers have not conducted studies where they often even ask whether or not the person identifies as a gender or sexual minority person.”

Dr. Belser says, “They [researchers] do not ask necessarily for the person’s pronouns, they don’t ask for preferred names, and they don’t report their data in such a way that it can be aggregated across multiple studies to statistically determine whether or not a particular treatment works as well for straight folks as it would for their queer peers.”

This issue may be reflective of a bigger over-arching pattern of discrimination related to individuals working in science, technology, engineering and mathematics (STEM) professions and identifying as LGBTQ+.

A survey published in January 2021 states that LGBTQ scientists were more susceptible to facing harassment and career obstacles, with fewer opportunities to develop their skills and access resources while they had similar education levels and work efforts or job commitment.

Dr. Belser commented that the survey findings are not surprising. He writes in a follow-up email, “I can’t speak to the experience of LGBTQIA+ psychedelic researchers, but it would be interesting to survey them and see what they report.”

The problem is not unique to the LGBTQ community. Women working in STEM positions have long faced similar disparities. “I worked in a neuroscience lab for 12 years with older male PI’s. It was tough,” Susan Chapelle, COO at PurMinds BioPharma says. “It will take a decade to have more gender parity in STEM and more PI’s,” she adds.

Suggesting a solution, Dr. Belser says that the psychedelic community can confront heterosexism and transphobia by addressing those structural factors within research practices. “This includes looking at the predominance of straight, especially white, cisgender male researchers.”

He adds that, “The way that you do that is by doing a qualitative research and development with LGBTQ folks, with patients and providers to develop therapies that are not rejecting but are affirming of their sexual identity, and gender identity.”

On the Absence of Research

We’re yet to see queer-focused clinical psychedelic studies. The closest the space has come so far is a study of psilocybin therapy for treating demoralization in long-term AIDS survivors. Practitioners can conduct effective psychedelic-assisted therapies if they adopt affirmative practices towards gender minorities.

In an article published by Chacruna, Dr. Belser wrote ten calls to action for LGBTQ-affirmative psychedelic therapies. He says that “Psychedelics are very powerful medications and they require us to work with a high degree of integrity but also self-awareness of what’s happening in the room.”

“It’s common for people in psychedelic medicine to have awakenings about their own internalized processes that might be phobic or shameful. Some may realize that they have attractions that they had been suppressing or repressing before, and do not necessarily have a frame to be able to manage or talk about that.”

As practitioners, he says, “We have to put aside our system of heteronormative notions and centring. When working with queer folks, it’s a different way of working. And we should send ourselves in that mindset and not assume heteronormative privilege.”

Advocates, Researchers are Coming Together

Queerdome, Gender Illumination, and Shine Diversity are a few of the non-profit organizations working towards gender inclusion and psychedelic harm reduction centred around queer communities.

“We are first in a context of having all of our sitters be queer, and having the space being designed by queer people creating it for other queer people,” Ariel Vegosen, co-founder of Queerdome told Truffle in an earlier interview.

“We are also doing the work with therapists, so that therapists are actually prepared and ready to receive people who are marginalized because people often don’t have that additional layer of training,” they shared when sent a followup query on the issue of clinical therapy models.

Vegosen will also be contributing to the upcoming book, ‘Queering Psychedelics’, a joint project of researchers and advocates. The project, still in its ideation phase, intends to bring together 35 authors writing about varied issues including contemporary history, current developments, gender roles, queer clinics, and harm reduction.

Ph.D. candidate Zoë Dubus, who we interviewed in our first installment, shared that her contribution would be focused on the “shock therapy” and experiments carried out in the 1960s.

Although much is yet to be determined, Dr. Belser shared that the book will have three different sections and more than a dozen articles “addressing exactly some of the clinical issues that come up with what it means to work meaningfully with sexual and gender minority people in the context of psychedelic therapy.”

“I think finally we can just be open to potentially something very wonderful happening in psychedelic-assisted psychotherapy when working with people regardless of their gender or sexual identity,” Dr. Belser says. “The practice can be so liberating if attended to with compassion, skill, attention and care for some of the challenges faced by sexual and gender minority people.”