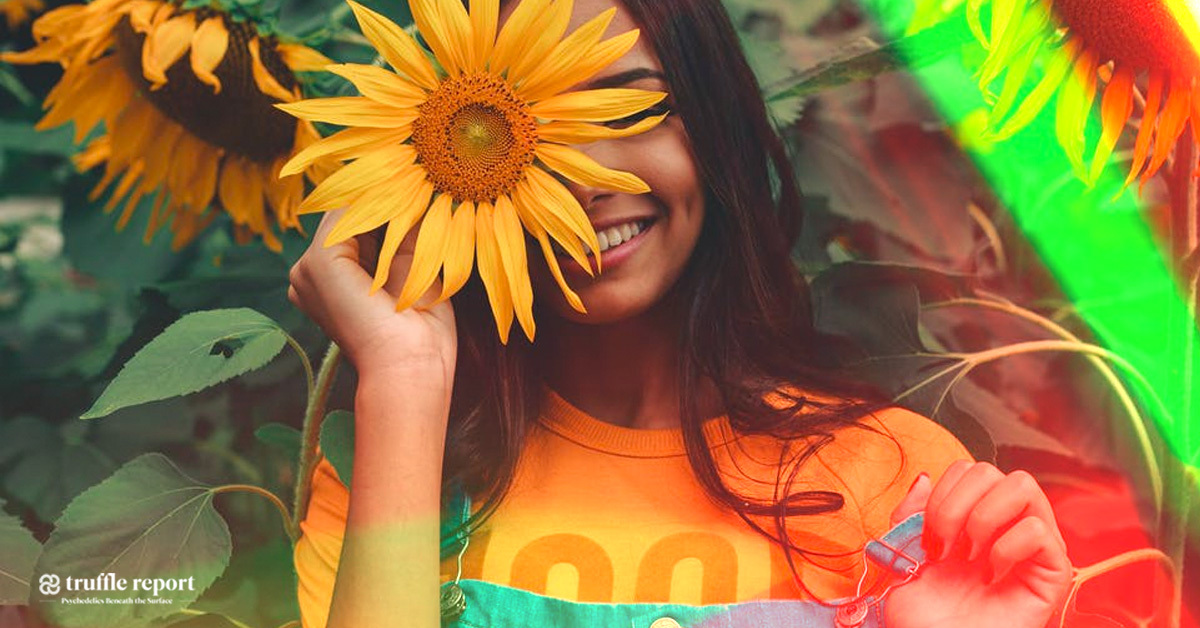 The current psychedelic research and cultural boom is taking place for a lot of reasons. Substances like LSD and psilocybin are being recognized for having a breadth of potential medical applications. On the other hand, more people are also recognizing them as valuable tools for personal growth and development. While this renewed public interest in psychedelics is fairly recent, personal growth and self-help movements have been developing gradually over the past century or so. How do psychedelics figure into these models of self-improvement?

We’ll examine a few of the widely-accepted elements of personal growth that might occur as a result of psychedelic use:

These concepts can be compared and contrasted to the teachings of several self-help gurus and authors that have risen to prominence since the 1950s. Specifically, Norman Vincent Peale, Tony Robbins, and Tim Ferriss. Some of the connections here are obvious. Ferriss has actively shifted his focus from promoting productive habits to both advocating for psychedelic use and funding psychedelic research at Johns Hopkins. Psychedelics don’t appear to be a cornerstone of Robbins’ teachings in quite the same way — but he has admitted that his experience with 5-MeO-DMT improved his ability to help people with end-of-life anxiety.

One of the reported benefits of a spiritual psychedelic experience is an enhanced feeling of empathy for other people and nature. In such an instance, one places less importance on personal wealth and possessions. This phenomenon is best reflected in the early stages of the self-help era, arguably spearheaded by Norman Vincent Peale when he authored The Power of Positive Thinking in 1952. While our current standards for personal growth may reflect a rejection of materialist values, Peale would have argued for the opposite. Peale was a conservative figure and head pastor at the Marble Collegiate Church in Manhattan. He argued that the key to success was relentless confidence and positivity, and felt that capitalism was the key to prosperity. In fact, it has been argued that former U.S. President Donald Trump’s public persona and personal philosophies are the logical culmination of Peale’s teachings — since Trump and his family attended his sermons regularly. Peale’s philosophies fed directly into the economic prosperity felt by white middle-class America in the 1960s.

During that period, countercultures emerged that rejected these values while experimenting with psychedelics. Around the same time Peale’s book was released, the beat generation had formed — a group which included authors like Alan Ginsberg and Jack Kerouac. In the 1960s, the hippie demographic rose to prominence, and was made up mostly of white middle class youth. Both groups rejected rampant consumerism, espoused sexual freedom, and saw psychedelics as a means for personal growth. A central irony behind the hippie movement is that the broad economic prosperity in the U.S. during the 1960s gave middle class youth the freedom to start thinking about social issues in new ways.

Tim Ferriss’ shift in focus from productivity to personal exploration can almost be seen as a microcosm of the shift in self-help goals away from materialism. While emphasizing productivity in The 4-hour Work Week, Ferriss associates a certain level of success with the possession of money and skills. His more recent works, Tribe of Mentors and Tools of Titans, offer a philosophical shift towards introspection and inner peace to complement his earlier work.

Breaking out of Patterns

A mystical psychedelic experience may permit us to step outside of the constrained dimensions of our personal egos — allowing us to view ourselves from the outside, and take notice of harmful patterns in our behaviour. This aligns with Tony Robbins’ objectives in his seminars as a life coach. Robbins emerged as a public figure during the 1980s, publishing his books Personal Power and Awaken the Giant Within — as well as appearing in many late-night infomercials. He has since become one of the most prolific self-help gurus in recent history, and still personally oversees enormous and costly life-coaching seminars.

Like Peale, self-confidence is a core tenet of Robbins’ teachings. Their philosophies on confidence differ, however, as Peale argued for an almost blind sense of confidence, even in the face of total failure. Robbins demands a level of objective self-criticism from his base in order to help them identify recurrent, harmful behaviour and improve their lives. In fact, in his 2016 Netflix documentary, Tony Robbins: I am not your Guru, he repeatedly mentions the goal of breaking out of harmful patterns. This is in line with the occurrence of a mystical-type psychedelic experience, which is said to temporarily turn off the brain’s Default Mode Network (the DMN). The DMN is responsible for maintaining your personal set of thought patterns, and disrupting it can allow you to bypass these and see your life from a more objective point of view.

Challenging experiences, or “bad trips” for psychedelic users, may be unpleasant in the moment, but many psychedelic advocates argue that these represent the best opportunity for personal growth. These can be seen as the darkest manifestations of your inner psyche, representative of fears and trauma — things that may require tending to. Within the self-help framework, there is once more a significant shift in attitudes between the era of Norman Vincent Peale and the era of Tony Robbins. Peale encouraged a complete avoidance of fear thoughts, which led some of his critics to point out that his teachings discouraged thinking and insight. Tony Robbins takes a more head-on approach that aligns more closely with using psychedelics for personal growth. For him, facing your fears is tantamount to moving forward in life. This philosophy might be best embodied by an anecdote in which he jumps off a bridge and into a river with poisonous snakes along with a couple of his friends. In principle, this was to discourage fear-based thinking, and an embrace of life.

In his Netflix documentary, Robbins summons several of the attendees to publicly share their personal stories of matters as serious as rape or suicidal ideation. Again, this appears to be a method of confronting past trauma head-on. It was also difficult not to observe that the sudden forced vulnerability of these attendees may mirror that of a breakthrough psychedelic experience. On the other hand, a critic of Robbins might point out that he isn’t necessarily qualified to deliver therapy on matters as difficult as these — and that forcing someone to discuss their suicidal thoughts before they’re ready may actually worsen their state of mind. In the bridge anecdote, all parties emerged unharmed — but it could easily have gone another way. Nonetheless, these life-coaching practices reflect the goal of confronting fears and trauma with psychedelics. As with psychedelics, however, it’s always best to prepare beforehand and make sure the experience is actually as safe as possible.