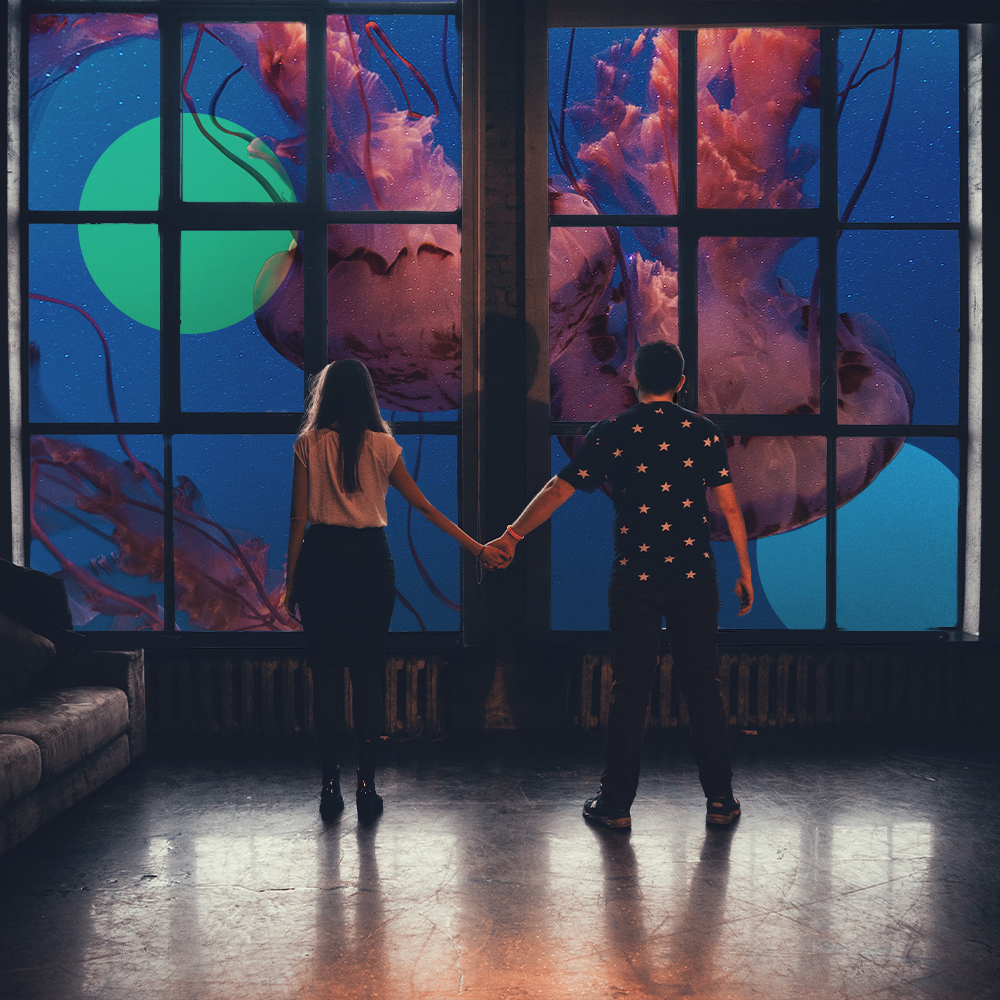 Being in romantic relationships is hard, and requires mental and emotional labor. It takes a lot of effort and communication from both parties to maintain a healthy balance. A psychedelic experience could help break down barriers, improve communication, and achieve that balance. Not only have psychedelic drugs been found to reduce the symptoms of mental health disorders like anxiety and depression, and enhance productivity, they can also lead to a deeper connection and understanding between couples.

Don’t get us wrong, this isn’t some magic bullet for relationship challenges. Psychedelic psychotherapy and MDMA-assisted psychotherapy have made some remarkable advances, but a safe setting and willingness to have difficult conversations are still crucial to eventual relationship satisfaction.

How Do We Experience Love in a Relationship? Our Brains on Relationships and Psychedelic Psychotherapy

What exactly happens in our brains when we feel those blissful experiences of love for another person?

Oxytocin is a naturally occurring hormone and a neurotransmitter produced in the hypothalamus. It’s transmitted into the bloodstream by the pituitary gland, a small pea-sized structure underneath the brain, behind the bridge of the nose. This hormone is released during childbirth, sex, orgasms, and breastfeeding, so it’s no surprise it plays a significant role in social interactions and sexual reproduction. In 2012, a study by researchers from the Department of Psychology and the Gonda Brain Sciences Center in Israel found that couples in the early stages of romantic attachment had higher levels of oxytocin than unattached couples, with the levels lasting for at least six months.

Oxytocin triggers feelings of love, trust, empathy, and protection. This hormone elevates mood and makes people feel more attached to their romantic partners. A 2013 study by researchers at the University of Oxford found that oxytocin can enhance positive relationship memories, positive communication, processing of bonding cues, fidelity, and emotion recognition.

So what do psychedelics have to do with it?

Tripping with your partner can be a unique experience, as hallucinogenic drugs act on the serotonergic system. For many, the dissolution of ego helps them to realize and appreciate their partner’s love and trust like never before. Psychedelics inspire communication, trust, and self-awareness.

Some anecdotal reports on Reddit suggested that with the help of psychedelics, “You’ll grow closer together or grow further apart. Either way, it will help you realize what needs to be done,” and it will help you to “reconnect on a spiritual level.”

MDMA is believed to stimulate the release of oxytocin while simultaneously reducing activity in the amygdala, which is responsible for fear and anger. MDMA triggers parts of the brain linked with euphoria and happiness and also boosts empathy. In 2016, The Multidisciplinary Association for Psychedelic Studies (MAPS) sponsored a study that looked at MDMA-assisted therapy for couples in which one partner was suffering from PTSD.

In a press release on December 7, 2020, MAPS said this study “suggests that MDMA-facilitated therapy holds promise in facilitating trauma recovery and achieving broader relational outcomes not fully realized with individual evidence-based treatment for PTSD.” A similar study on psychedelic therapy in the UK also found MDMA can help couples communicate within the “MDMA bubble.” As reported by the Independent, this study has suggested that using MDMA in a relationship can help couples discuss issues “free of fear.”

One user on Reddit reported that she received a very “therapeutic experience” from doing MDMA with her partner.

“The first time we were alone and had a deep conversation about our feelings for each other. All my doubts, my worries, my insecurities just seemed to vanish after that. The second time just maintained those results; we are madly in love with each other. I have never felt more certain about anyone in my entire life. We’re way better at catching ourselves before we start an argument and more capable of talking things out. Our passion is also at an ultimate high,” she wrote.

Psilocybin, the compound in magic mushrooms, also acts on serotonin receptors. It has been showing promising results in clinical trials for treating depression and anxiety, as well as enhancing creativity and openness. Psilocybin is believed to create changes in behaviours and beliefs, which can result in a person’s empathy and acceptance increasing, which could be key to developing intimate relationships.

This user on Reddit said, “We were finally comfortable enough to admit we loved each other. We lied down together and discovered what it meant to be one with the universe. It was the first time either of us understood what that meant.”

LSD is another psychoactive drug with the therapeutic potential to improve relationship dynamics. It is a powerful mind-altering substance that can change the way a person thinks, behaves and feels. According to the report by The New York Times, microdosing LSD saved Ayelet Waldman’s marriage.

This Reddit user also describes how LSD saved his marriage, “We broke down for each other, and each took pieces of our walls down. When it was finally over, and our minds were clear again, that feeling stayed with us. The next morning, we both felt amazing. We talked for hours about our lives and how much we have been denying each other happiness. What an amazing family we can have if we just work a bit at it. Everything seemed so much clearer, and even months after that first trip, we still felt as if we were excited for life again.”

Candy flipping is a slang term used to describe the combination of LSD and MDMA. This process gives the user the effects of both. This research from 1998 suggests that this combo provides a very intense heart-opening experience. However, there’s some discussion going on online about which psychedelic drug should go first and the appropriate time-frame or duration before taking a second substance.

The drug combination has been described as “life-changing,” but depending on the dosage, it can be either a pleasant or terrifying experience. Sometimes both. The whole process can last from 12 to 14 hours.

One user on Reddit said, “I had no idea how loving we humans could be toward one another until I had this experience. I felt nothing but love that night.”

This user asked if his experience with candy flipping was a reason that “a friend and I unintentionally and very undesirably fell deeply in love for the duration of the trip.”

While there’s plenty of anecdotal evidence that psychedelic drugs can help in building a balanced relationship and open-mindedness, more clinical research is needed in the therapeutic context of supervised couples therapy sessions. Drug use should also not be presumed to be a substitute for individual psychotherapy, or the solution to any mental health issues or relationship problems by itself. Seriously.