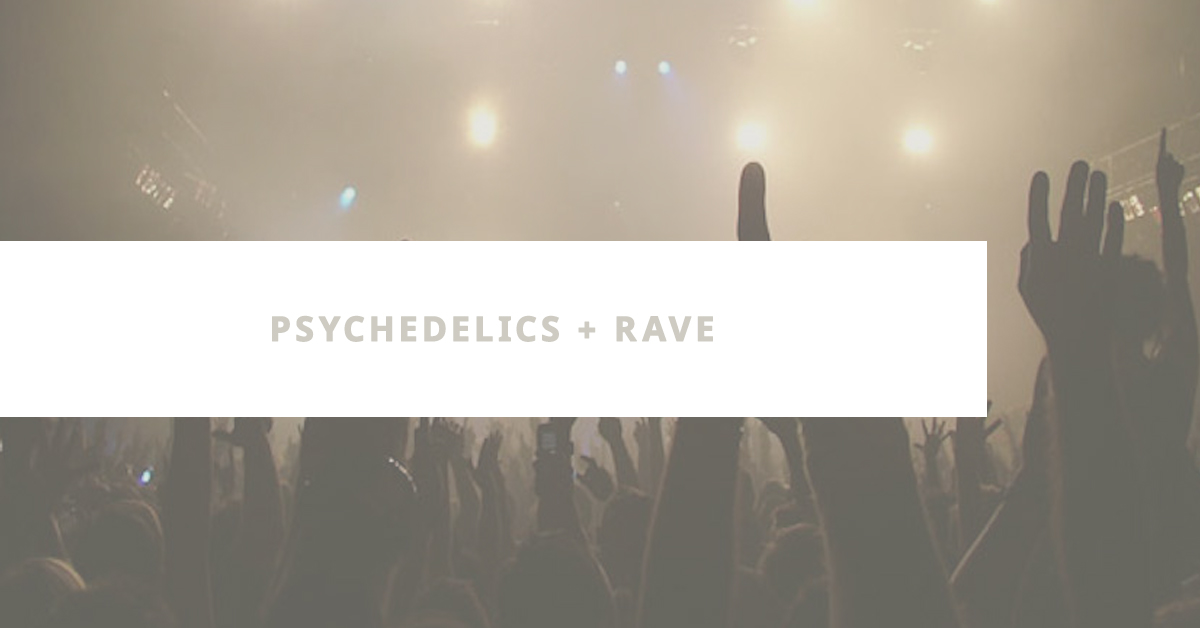 People long for a community; something to latch on to, to be able to share similarities, and be a part of something bigger than your independent individual.

In society, it’s hard to feel like you belong – a sentiment shared widely in the community. People are constantly trying to fit themselves in very rigid boxes that cannot be bent at all.  The rave community has acted as a gateway for many people to be themselves; PLUR – Peace, Love, Unity, and Respect: the ethos propagated by the EDM scene in history and still used presently. It doesn’t matter what race, class, gender, or sexuality you are, everyone is accepted.

Historically, the emphasis at raves was never the drugs, but more the sense of belonging to something, being accepted for who you are, no longer feeling like an outcast. Recently, however, the use of ecstasy, molly, and popular drugs have become the focal point of these events.

Psychedelics have always been connected with spirituality here are so many existing anecdotes of people sharing their experiences with psychedelics and spirituality, and even being traced to existence a thousand years ago. What began as a​  cross-cultural quest to enhance sexual desire and performance evolved into the use of tantra (a practice of yoga that uses sexual energy to generate spiritual experiences) and presently spiritual healing.  Harmoniously, EDM festivals historically have a spiritual aspect as the main focus, which is why raves and psychedelics always worked hand-in-hand, simultaneously. Dr. Douglas Rushkoff writes in his book “E, the incredibly strange history of ecstasy” that it was an intentionally designed experience – Ecstasy and festivals; “The music, lighting, and ambiance were all fine-tuned to elicit and augment altered states of consciousness. The rhythm of the music was precisely 120 beats per minute, the frequency of the fetal heart rate, and the same beat believed to be used by South American shamans to bring their tribes into a trance state… Rave dancers sought to reach group consciousness on a level they had never experienced before.”

Then the suicide of rave culture happened: people started dying from ecstasy. What once worked together simultaneously stabbed its partner in the back and ended the movement.

The experience of euphoria, bliss, and pure simple joy. Who wouldn’t want that? The new generation of millennials re-launched rave and EDM culture, making it pertinent in pop culture and broadcasting the use of psychedelic drugs.

The risk with Ecstasy is that the majority of the time it’s only 2% of genuine MDMA in the pill and the rest is a mixture of cocaine, rat poison, caffeine – could be anything. Because it was so underground until recently, people don’t know how to regulate it. Public information only mentions to not take the drug at all, so how would you consume the drug safely?  The new pertinence of the drug and it’s public usage has opened up the beginning of research for therapeutic uses of the drug. T​​he two sides of the conversation are people advocating to abstain from the drug or others promoting the use for clinical therapy, and talking about what a positive experience this drug has brought them – truly improving their overall life. Where they differ is negative reviews of the drug that are extracted from the use of ecstasy, which can be extremely dangerous in EDM festivals, and positive experiences where MDMA is used in the purest form to help one’s mental state.

Rave and EDM culture used to be about spirituality, but the destruction the pill has caused in recent events will lead to a repeat of the past. Ecstasy is not a clean drug, there are a lot of risks taking it. You never know the exact dosage of MDMA or any of the other substances, which makes it very difficult to regulate and it doesn’t help that festival organizers are turning a blind eye on the emergence and spread of the drug during these events.

Unless MDMA becomes a regulated drug and the positive aspects of MDMA outweigh the alarming increasing risks involved with ecstasy, rave culture and ecstasy will continue to self-destruct. EDM festivals and raves are used by individuals to feel united and free; the shifting focus on drugs has changed this perspective and has made it very dangerous for society.