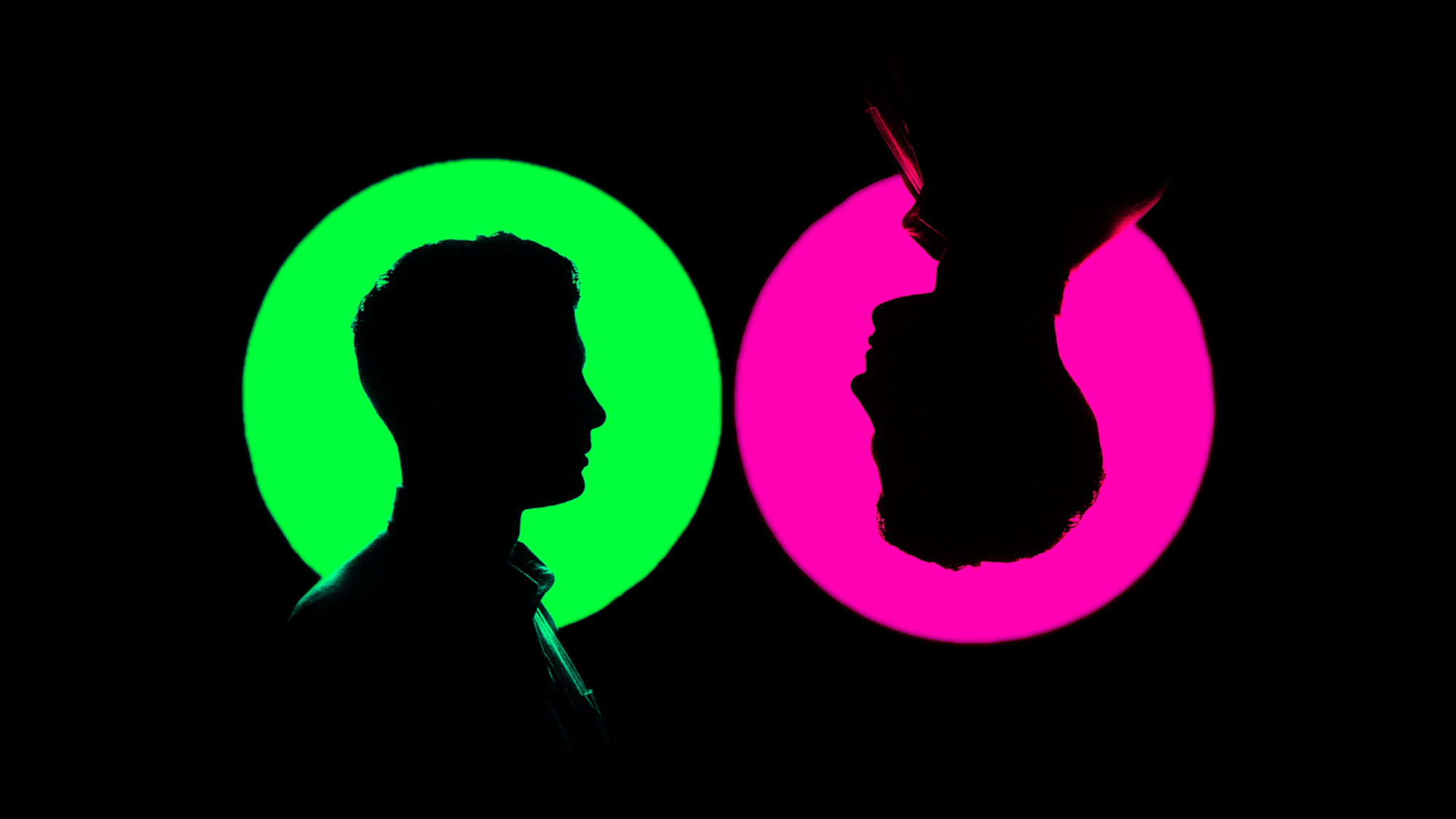 Psychedelics May Help Us Think More Like Babies, and That’s a Good Thing

In his seminal 2018 exploration of the world of psychedelics, “How to Change Your Mind,” author Michael Pollan makes an ingenious but unexpected connection between two researchers on different continents studying consciousness in quite different ways: Robin Carhart-Harris, head of the Centre for Psychedelic Research at Imperial College London, and Alison Gopnik, a psychology and philosophy professor at the University of California Berkeley.

While Carhart-Harris is interested in exploring how psychedelics impact the brain and could potentially be used to treat mental health issues, Gopnik studies developmental psychology, learning, and the minds of children. At first, the connections between the work of these two researchers might seem few and far between — but a deeper look into the Carhart-Harris and Gopnik’s fields of study reveals more similarities than differences, and intersections might help us shed light on the nature of consciousness and the potential benefits of the psychedelic experiences.

Carhart-Harris is well-known in the world of psychedelic science for his groundbreaking work that focuses on visualizing the impacts of the psychedelic experience on the brain. The approach itself is simple: Carhart-Harris injects volunteers with LSD or psilocybin and then puts them inside a functional magnetic resonance imaging (more commonly known as an fMRI) or magnetoencephalography machine. There, he can watch a patient’s trip unfold on computer screens generating images of participants’ brains.

More specifically, Carhart-Harris is also interested in the brain’s default mode network (DMN), a system of interconnected regions of the brain, first described in 2001 by Washington University neurologist Marcus Raichle, that is mostly at work when peoples’ minds are wandering — Pollan summarizes this as daydreaming, ruminating, travelling in time, reflecting on ourselves. Pollan also quotes Carhart-Harris as comparing the DMN to an “orchestra conductor,” “corporate executive,” and “capital city” in the brain. Using Freudian categorizations, Carhart-Harris sees the DMN as playing a significant role in the formation of the ego or the self.

In Carhart-Harris’s landmark 2012 study, participants’ brain scans showed a drop in blood flow and oxygen consumption in the DMN. More specifically, relative inactivity in the DMN correlated with participants’ self-described experiences of ego dissolution. Carhart-Harris built on these findings, unifying his theories on the links between psychedelics, psychoanalysis, consciousness, mental illness, and the DMN in a landmark 2014 Frontiers in Human Neuroscience paper. In that paper, Carhart-Harris compares the brain to a system of entropy, which is helpful to think about in terms of flexibility and order.

In one graphic included in the paper, Carhart-Harris links higher entropy to more disordered and flexible states of thinking (including the psychedelic state, infant consciousness, REM sleep, and creativity) and lower entropy with less disordered and more rigid types of thinking (including deep sleep, sedation, depression, obsessive-compulsive disorder, and addiction). Normally, the waking consciousness of healthy humans can be placed near the middle of this spectrum, slightly more toward lower entropy states.

Gopnik’s Research and States of Consciousness

Gopnik, author of The Philosophical Baby: What Children’s Minds Tell Us About Truth, Love, and the Meaning of Life, is a renowned scholar in the field of developmental psychology, known for her work into cognitive and language development and philosophy of the mind. One of the areas Gopnik has studied is the differences between the manifestations of consciousness in adults and children. Gopnik says adults frequently engage in ‘spotlight consciousness,’ characterized by narrowly focused and goal-oriented attention, while children gravitate toward ‘lantern consciousness,’ being “vividly aware of everything without being focused on any one thing in particular,” Gopnik writes in “The Philosophical Baby.”

While the adult brain’s ‘spotlight consciousness’ directs attention and then uses predictive coding to decipher information, the ‘spotlight consciousness’ of a child’s brain, according to Gopnik, lacks those preconceptions to guide perceptions. “Instead, the child approaches reality with the astonishment of an adult on psychedelics,” writes Pollan.

“Babies, like Buddhas, are travelers in a little room,” writes Gopnik. “They are immersed in the almost unbearably bright and exciting novelty of walls, shadows, voices.”

“Just as attention in children is more like a lantern, their inner consciousness may be more like wandering than voyaging—a journey of exploration rather than conquest,” Gopnik adds in The Philosophical Baby. “They paddle in the pond of consciousness instead of coursing down that rushing stream. Safe in the protected compass of immaturity, they can go anywhere they want.”

Similar to the way Carhart-Harris uses the concept of entropy to define states of consciousness, Gopnik applies the concepts of machine learning or artificial intelligence to understand how these spotlight and lantern consciousness fit into cognition and learning. Pollan notes that in machine learning, when AI designers are teaching computers to solve problems, they use the terms low temperature (because it requires less energy) and high temperature (because it requires more energy) to describe searches for answers to questions.

Gopnik summarized what the research suggests in a Wall Street Journal article from 2018: “It turns out that when adults dream or have psychedelic experiences, their brains are functioning more like children’s brains,” Gopnik wrote. “It appears that the experience of babies and young children is more like dreaming or tripping than like our usual grown-up consciousness.” Pollan puts it this way: “Baby consciousness is so different from adult consciousness as to constitute a mental country of its own, one from which we are expelled sometime early in adolescence.”

Potential Benefits of Psychedelics and a Roadmap for Research

But what are the benefits of a healthy adult performing more high temperature searches and thinking more like a child — or in Carhart-Harris’s case, quieting the DMN — thanks to a little help from a psychedelic substance? Pollan summarizes that in Gopnik’s terms, psychedelics could promote the fluid thinking that is common among kids, “expanding the space of creative possibility,” while for Carhart-Harris, psychedelics could introduce more entropy into the brain, shaking “people out of their usual patterns of thought … in ways that might enhance well-being, make us more open and boost creativity.”

As for the unwell, Pollan writes that the people who could gain the most from a psychedelic are those with mental health issues rooted in rigidity, such as addiction, depression, and obsession.

For Carhart-Harris, mental health issues at the lower entropy states may be a result of an excess of order, “when the grooves of self-reflective thinking deepen and harden” and “the ego becomes overbearing,” Pollan writes. “You get stuck on the same thing, you can’t escape, you become obsessive, perhaps addicted,” Gopnik tells Pollan. “It seems plausible to me that the psychedelic experience could help us get out of those states, create an opportunity in which the old stories of who we are might be rewritten.”

There’s a key lesson that lies at the heart of the intersections between Gopnik and Carhart-Harris’s work: the undeniable value of cross-discipline collaboration that should be extended to all areas of psychedelic research — plus the need for open science, which helps to foster this sort of cooperation. As support for the psychedelic renaissance continues to grow, creating new paths for studies and trials in all directions, partnerships will only help to make the foundational research of psychedelic science stronger and more multifaceted.