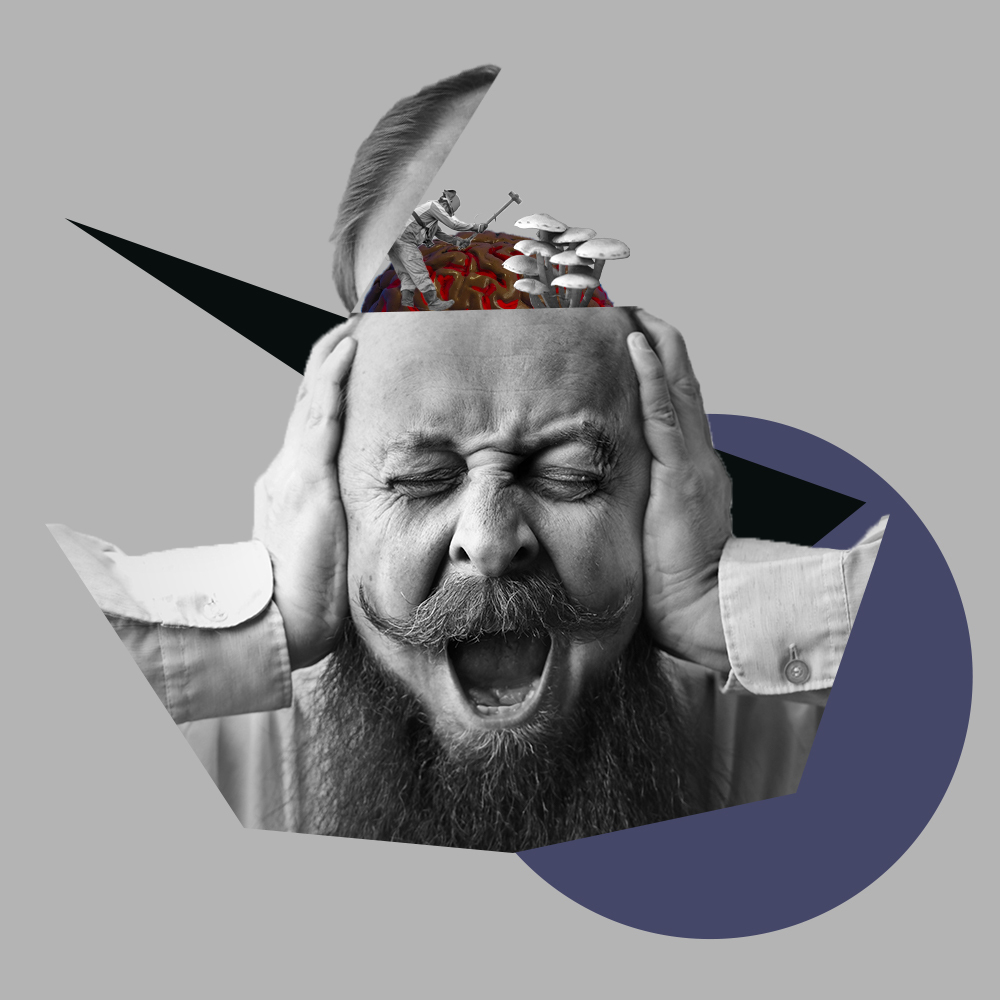 Most modern psychedelic research is focused on helping people with the treatment of mental health conditions like PTSD, anxiety, and depression, or boosting creativity and assisting with spiritual awareness. However, psychedelics can also relieve pain.

Cluster headaches, also known as “suicide headaches,” due to the severity of the pain they produce, are often viewed as one of the most painful conditions in medical science. Psychedelic drugs are being explored as a possible solution, as sufferers desperately seek alternative treatments to find relief.

What is a Cluster Headache?

A cluster headache is a form of headache that causes extreme pain, and can occur every day for weeks or months at a time. Usually, the pain is on one side of the head, and is generally located behind or around the eye. It has a significant negative effect on the sufferer’s quality of life, day-to-day activities, and ability to work.

According to the World Health Organization (WHO), cluster headaches affect about 1 in every 1000 people. Six out of 10 cases involve men, mostly between 20-40 years old.

Cluster headaches can be episodic and chronic. Episodic headaches are daily headache attacks, happening over periods of weeks or months with pain-free periods. Chronic headaches happen over a year or more without remission periods, or with less than three months of pain-free periods. Attacks can last 15 to 180 minutes when untreated and can occur multiple times per day.

The exact cause of cluster headaches is not clear. It seems to occur when the body suddenly releases histamine (a chemical in the body released during an allergic response) or serotonin  (a chemical produced by nerve cells) in the trigeminal nerve in the face. Some people who suffer from cluster headaches have family members with the same condition, suggesting a genetic predisposition. Alcohol, strong smells, or exercise can also trigger headaches.

Traditional treatment varies from patient to patient, depending on what works best to relieve pain for each one.

There are three main treatments:

In extreme situations, a surgical procedure can be performed on the sufferer to disable the trigeminal nerve. This can relieve pain for some patients, but has serious side effects, such as permanent facial numbness.

For Bob Wold, founder and president of the non-profit cluster headache research group, Clusterbusters, the medications didn’t work. He had tried 75 different medications, including cocaine drops, and even considered the surgical option. During the course of online research, he read that psychedelic drugs can ease the pain and treat cluster headaches. Shortly after using psilocybin mushrooms, Wold noticed a significant difference.

A 34-year-old man with episodic cluster headaches contacted Dr. John Halpern, a Harvard psychiatrist. He reported that he had a complete remission of his cluster periods when using LSD recreationally. This same patient also tried psilocybin mushrooms, and again achieved remission.

Halpern later conducted a study through online forums and cluster headache support groups. In this study, he interviewed 53 subjects who used LSD or psilocybin to stop cluster headaches. It showed anecdotally that psychedelics can stop attacks, end cluster cycles, and even extend the break between cycles.

A pilot study conducted in 2010 by Halpern, in collaboration with Matthias Karst and Torsten Passie from Hannover Medical School, showed that Bromo-LSD can be promising for treating cluster headaches. The team used three doses of Bromo-LSD (a non-hallucinogenic analog of the regular LSD) within ten days, either to break a cluster headache cycle or alleviate the frequency and intensity of the attacks. In some cases, this resulted in changing attacks from the chronic to the episodic form with remission periods of months or longer.

Andy Whelan, a researcher at Leeds Teaching Hospital NHS Trust, conducted a survey through social media platforms to see whether patients with cluster headache would consider psilocybin as an acceptable drug to research and use as a medication. The study revealed that 81 percent of 154 individuals would consider using psilocybin if it were found to be beneficial. Of the 30 participants who had tried psilocybin, 80 percent rated it as an effective treatment.

A study by Shevaugn Johnson, a researcher at the University of Adelaide,  described a case of a forty-eight-year-old woman who used Hawaiian baby woodrose (seeds contain lysergic acid amide (LSA) which is similar to LSD) to treat symptoms of cluster headache. She successfully improved the symptoms and other mental health problems.

Currently, three clinical trials of psychedelics for treating cluster headaches are running. A psilocybin trial at Yale University is using low and high doses of psilocybin, and is placebo controlled. A similar study is underway in Denmark, where patients will receive a low dose of psilocybin during three sessions spaced by one week. The University Hospital in Basel, Switzerland is conducting a Phase 2 double-blind study of the LSD effects on patients with cluster headaches compared to placebos.