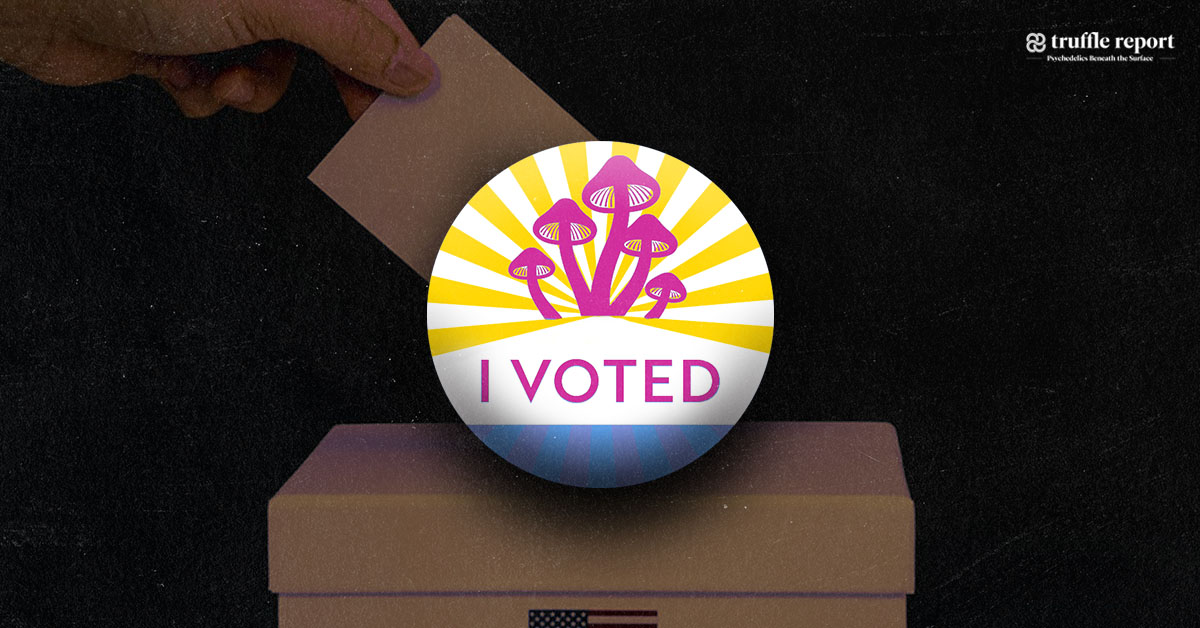 Michigan voters may be able to have their say on the legal status of psychedelic drugs this coming November, thanks to the filing of a statewide ballot initiative by decriminalization activists.

The proposed ballot would eliminate criminal penalties for possessing, cultivating, and sharing a range of natural psychedelics, also known as entheogenic substances, for adults 18 years and older,

If approved, the ballot measure would introduce legislation that would allow for the “supervision, guidance, therapeutic, harm reduction, spiritual, counseling, and other related supportive services with or without remuneration” for adults engaging in the intentional and consenting use of natural plants and mushrooms, such as peyote, mescaline, dimethyltryptamine (DMT), psilocybin, psilocin, and ibogaine.

It would permit the use of these substances for bona fide religious reasons by organizations that have been established as an ecclesiastical corporation in Michigan for at least a year.

Further, it would authorize entities designated by a hospital or psychiatric hospital that has received a “Certificate of Need” from the Department of Health and Human Services to possess, use, cultivate, produce, create, manufacture, analyze, deliver, sell and administer natural plants and mushrooms to individuals who have received a recommendation from a licensed medical professional.

Any proposed summary language or explanatory material must be submitted to the board by February 8. Then, State Canvassers will consider the ballot at a meeting on February 11 and will be required to formally approve or reject the proposal’s content by March 3.

Michigan a Leader in Entheogenic Plants and Fungi Decriminalization

This ballot initiative follows in the wake of several other moves to decriminalize naturally occurring psychedelic substances in the State of Michigan, which are being propelled in part by Decriminalize Nature Michigan’s broader campaign.

In November 2021, Detroit became the largest city in the state to decriminalize psychedelics with voters approving a local ballot initiative, titled Proposal E, that made personal possession and therapeutic use of naturally occurring plant-and-fungi-derived psychedelics by adults aged 21 and older the city’s lowest law-enforcement priority.

A year earlier, in September 2020, the city of Ann Arbor City Council also decriminalized plant and fungi-based psychedelics such as psilocybin mushrooms, also known as magic mushrooms, or simply shrooms. Washtenaw County Prosecutors soon followed suit. The city has since designated the month of September as Entheogenic Plants and Fungi Awareness Month, which was first celebrated in September 2021 on the first anniversary of its decriminalization move.

Across the United States, lawmakers are recognizing the therapeutic potential of an array of psychedelics, such as the healing potential of psilocybin mushrooms. Drug policy bills have recently been filed in a number of states, including Maine, Virginia, Oklahoma, and Utah.