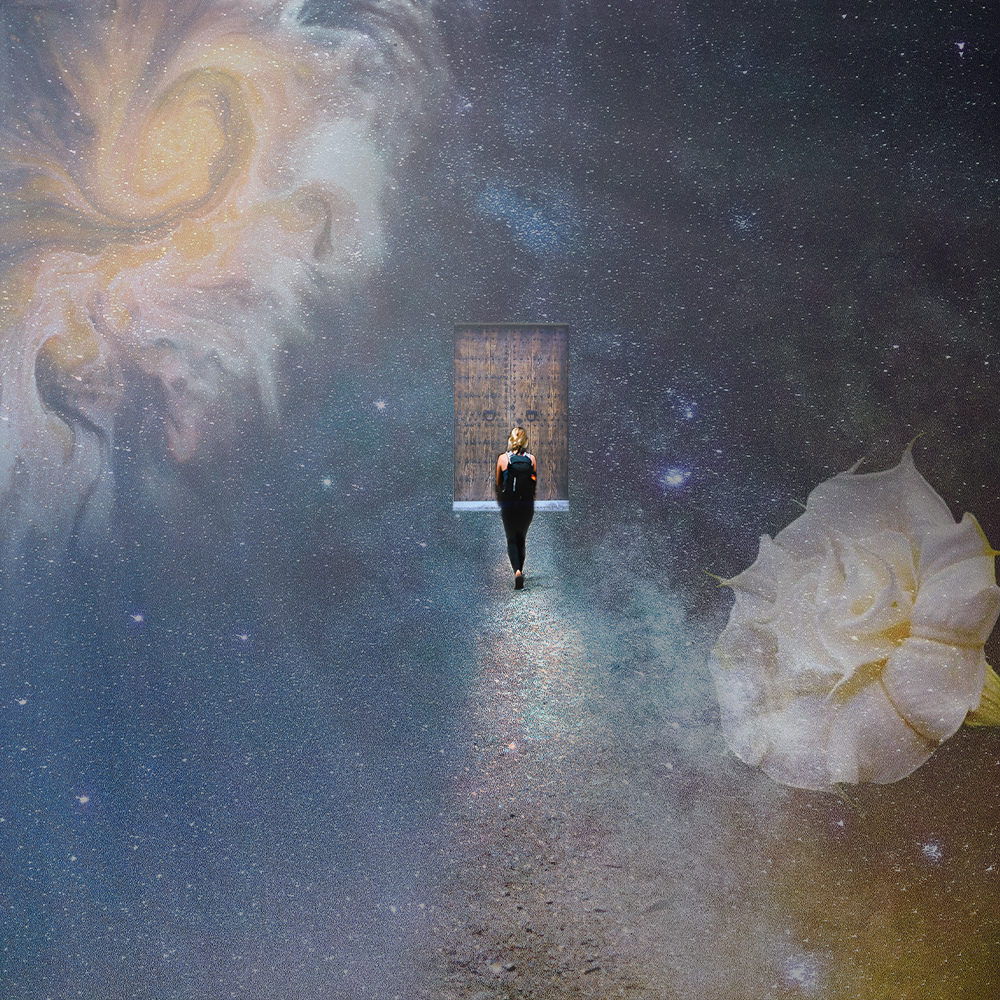 Psychedelics, Death, and the Afterlife

A common element in the shared human experience is our relationship with death, the ‘great beyond’. Various religions offer different explanations for an afterlife, while others may hold to the belief that death is no different from going to sleep. Whether you’re grappling with your own mortality, grieving over the loss of a loved one, or offering support to a friend or relative with a terminal illness, the most challenging emotional experiences in life revolve around dying. In the growing field of psychedelic research, new ways of managing grief and death anxiety are starting to emerge, particularly around DMT. The psychedelic experience offers us insight into unexplored parts of our minds —which may hold the key to understanding and coming to terms with our mortality more easily.

Visiting with Death: Datura and DMT

There are numerous reports of psychedelic visions including visits from deceased friends and family. This happens frequently in visions caused by datura, several species of flower that grow across the world in temperate climates. Present in the Americas, India, China, and Europe, the origins and distribution of datura are still the subject of debate. It has historically been used as an aphrodisiac in areas like India; for visions in ancient Greece (associated with the Oracle of Delphi) and South American cultures, and has been linked with witchcraft in European cultures. In myth, it has been associated with necromancy and is said to be a gateway between life and the afterlife.

Accordingly, people often report visits from friends and family who are both dead and alive while being on a datura trip. Since these trips are incredibly strong and tend to be likened to a ‘waking dream’, the user generally feels that these visions are entirely real, regardless of the external context in which they are receiving them. For some, this can offer an opportunity for closure while grieving over the loss of a loved one. Datura, however, can be dangerous for even healthy users and should only ever be taken with extreme caution.

Disclaimer: Several know fatalities have been linked to Datura usage, often due to heart failure or respiratory paralysis.

A study conducted with around 2000 DMT users found that visions frequently involved ‘apparitions’, which included dead relatives with an approximately 5 percent instance. Similar to the datura experience, users often felt as though the visions were real and meaningful.

DMT is unique among psychedelics for occurring naturally in the human brain, secreted by the pineal gland. Attempting to understand the human perception of an ‘afterlife’, scientists have noted the similarities reported between a near-death experience (NDE) and a DMT trip.  These overlapping experiences include:

After both a DMT trip or an NDE, people often experience profound changes in how they view death, meaning, and their role in nature.

Philosopher Raymond Moody coined the phrase ‘NDE’ back in 1975 —and even then, he noted the similarity between these and the psychedelic experience. Some have theorized that the brain released endogenous DMT at the point of dying, which accounts for all of the parallels. If true, this could offer researchers a deeper insight into the experience of dying without the obvious ethical dilemma of needing to almost kill people in order to do so.

Building on this theory, some have even suggested that time dilation induced by endogenous DMT at the point of death could offer the experience of an eternal ‘heaven’ or ‘hell’. Religious beliefs that good deeds or bad deeds will influence your afterlife destination would be reflected in your psychological condition having an influence on the trip that you experience.

Accepting Death and Your own Mortality

Truffle Report has already covered the newly-reported uses of psychedelics in palliative care. You can read about it here, and also here.

Palliative care is an area of medicine that involves ensuring a terminal patient’s quality of life as they transition into death. As patients grapple with accepting their own death, conventional treatments like therapy or antidepressants usually require time to be effective —something palliative patients may not have.

Since the fear of one’s mortality often revolves around the loss of a sense of self, the experience of ego dissolution can help palliative patients greatly. After this experience, patients can experience a feeling of permanence —being part of a cycle. Best of all, the benefits are experienced in the short-term which makes it uniquely well-suited for treating patients with a terminal diagnosis.

Our subjective perceptions of death are influenced largely by the culture we are brought up in, as well as our personal predispositions. The psychedelic experience is also influenced by our preconceptions —hence, the principle of “set and setting”. Since our fears and attitude towards death and grief are mental constructs in their own way, psychedelics can offer us a new way of exploring these.

Maybe as we come to understand and make peace with the idea of death, we can learn to enjoy life even more.