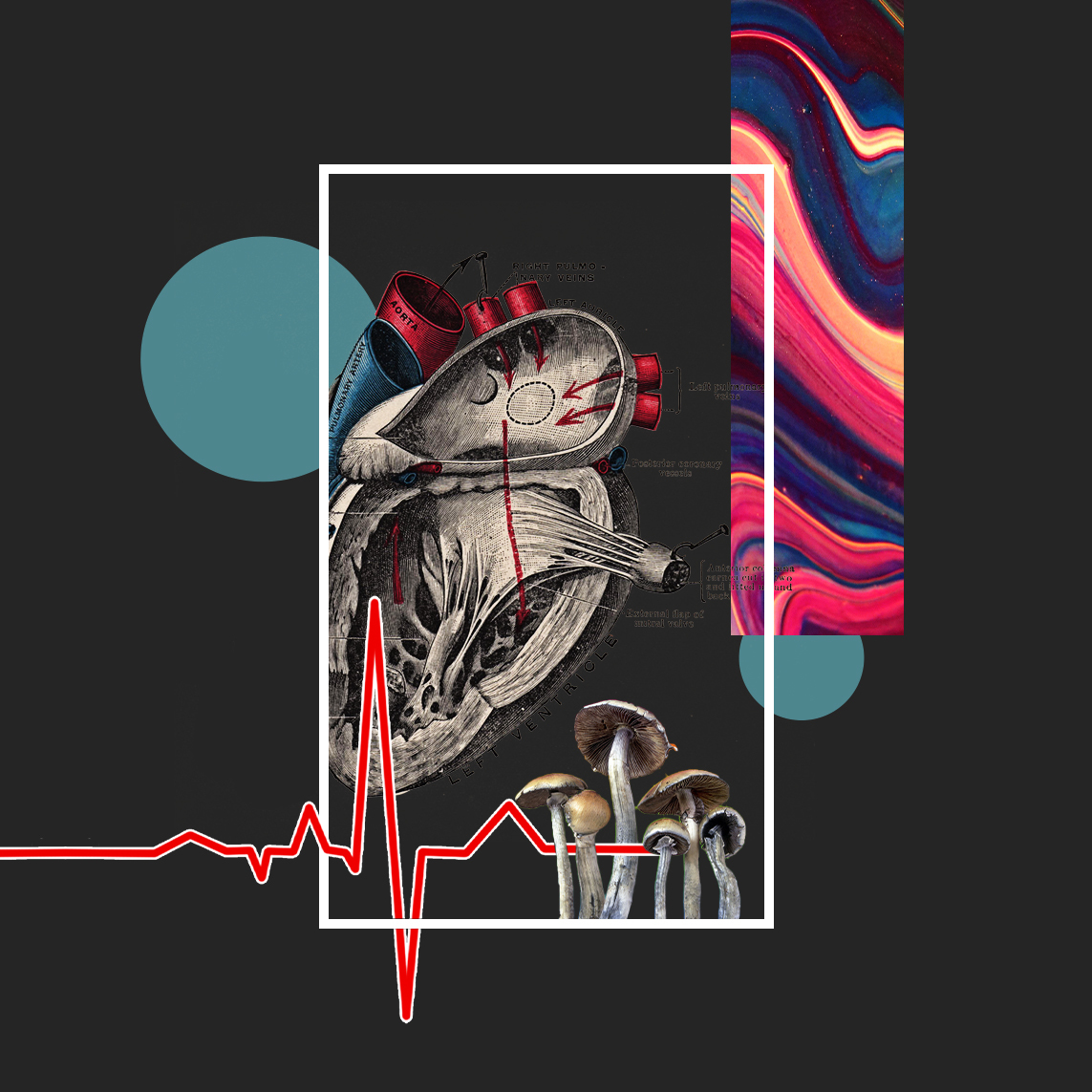 With every discovery comes potential risks. Until recently, our knowledge base surrounding psychedelics came largely from the research and experiments of the 1950’s and 60’s. While these studies describe the physiological risks of psychedelics, we also know now how they may have been skewed by the prejudices and stereotypes of that era. For that reason, much of what psychedelics can do to our body remains poorly understood. Truffle Report looks at the evidence on the relationship between psychedelics and heart disease.

What is Heart Disease?

Heart disease is a broad term encompassing a group of conditions that affect the structure and functions of the heart. It is the leading cause of death for both men and women in the United States, according to the Centers for Disease and Prevention (CDC). About 655,000 Americans die from heart disease, making it the cause of one in every four deaths in the United States. Symptoms depend on the specific type of the disease and can include chest pain, shortness of breath, and extreme fatigue.

There are many different types of heart diseases, each affecting the heart in different ways. They include:

What Do Psychedelic Drugs Do to Your Cardiovascular System?

Psychedelics can cause changes in the neurological or biochemical state of a user. One of the major concerns for microdosing psychedelics and performing clinical research trials is the risk of heart disease. Various studies have shown that there is a connection between regular and high dose use of psychedelics and heart defects.

A study by the researchers at University Hospital Brussels showed that small doses of MDMA aren’t harmful, but  may lead to mild or moderate valvular heart disease and valvular strands with long-term use. Twenty-nine patients (current users and patients who have used MDMA before) were compared to the non-psychedelic group, then evaluated to determine whether MDMA could be the reason for valvular heart disease in young adults. Eight patients had abnormal echocardiographic reactions (as defined by the U.S. Food and Drug Administration’s criteria), compared to none in the control group.

In a study by Paul Sabatier University, a 33-year-old male patient reported taking several pills of MDMA a week since the age of 17. He was admitted for shortness of breath and chest pain. The cause of the valvular heart disease was recorded as long-term exposure to ecstasy.

LSD and psilocybin mushrooms both activate a variety of serottonin receptors, including the 5-HT2B receptor, but are a different class of drug than MDMA, and their long term effects on the heart require further study.

There have been numerous studies of similar drug reactions that caused heart damage through the 5-HT2B receptor. The drug combination marketed as Fen-Phen (fenfluramine) was a weight-loss drug that caused severe cardiac valvulopathy in patients. It was withdrawn from the market in the 90s and led to many lawsuits for the company. A drug known as Permax was marketed as a treatment for Parkinson’s disease and also stimulated the 5-HT2B receptor, leading to valvular heart disease in patients. It was also withdrawn from the market.

In a study by Bryan Roth, professor of pharmacology at the University of North Carolina, it was reported that kinetics of LSD binding to the 5-HT2B receptor show that it is trapped within the receptor for many hours, which explains why LSD trips last such a long time, even with the small doses.

This means that LSD may accumulate and stimulate the 5-HT2B receptor for a long period of time, potentially causing heart damage. However, more research is needed to better understand what heart risks psychedelics can carry.