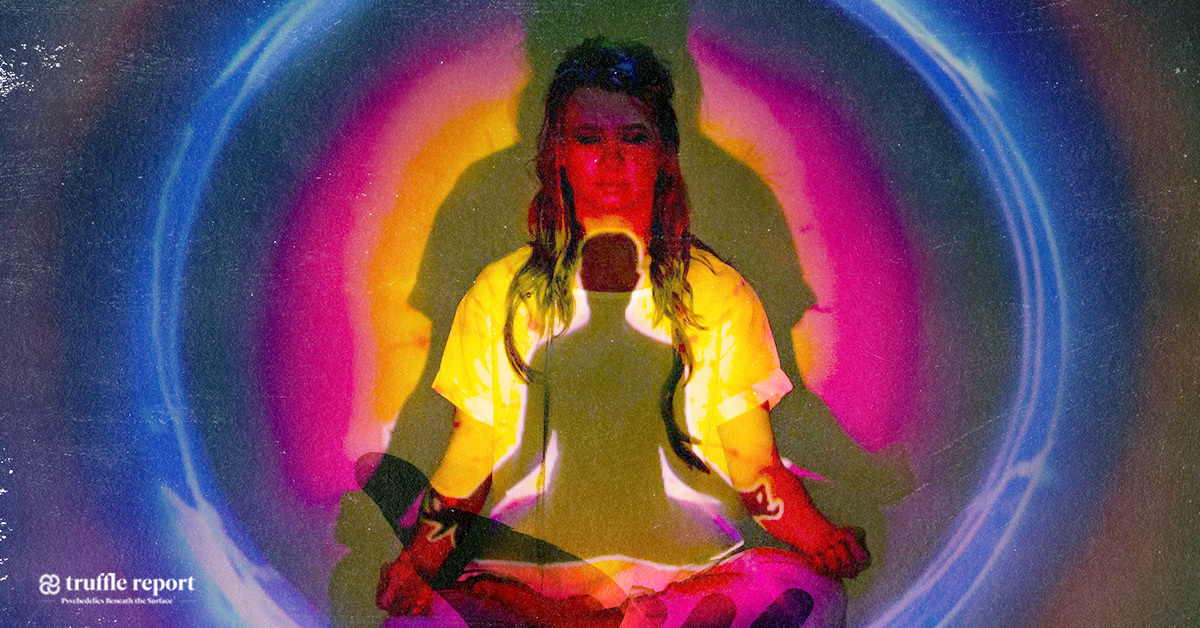 Psychedelics and the Awakening of Kundalini

Psychedelics have always been associated with spirituality, with psychoactive plants such as psilocybe mushrooms, peyote or San Pedro, and ayahuasca having long traditions of shamanic and spiritual use in the Americas. Given psychedelics’ inherent link to spirituality and the way they alter perception, it’s hard not to wonder if perhaps they could also help in the awakening of kundalini.

In more recent times, some studies have gathered evidence of elevated levels of consciousness in the brains of volunteers using LSD, ketamine, and psilocybin. Using brain scans, researchers at Imperial College London found notable effects in parts of the brain that are typically associated with perception. Volunteers claim to have experienced feelings and sensations ranging from floating, to time distortion and profound inner peace.

I never considered myself a particularly spiritual person. However, a few years ago I was going through a rough time and ended up in small yoga studio run by a lovely couple. This led to a series of events in which I discovered my own spirituality through yoga and meditation. I don’t know if I awoke kundalini, but something in me definitely responded.

What is Kundalini Awakening?

Kundalini awakening is a form of energetic awakening that triggers an intense transformation on mental, emotional, and spiritual levels. Kundalini itself is a Sanskrit word that means “she who is coiled” or “the coiled one” and refers to the primal and invisible divine feminine energy that is contained at the base of the spine. It is usually depicted as a snake.

Once this energy awakens, it travels up the seven energy centers of the body, also known as chakras, and into the crown chakra where higher consciousness is triggered. This higher awareness results in greater understanding of one’s purpose and life itself. While it may sound very similar, spiritual awakening, and kundalini awakening are not the same. The spiritual awakening is often more emotional and psychological while kundalini is completely energetic. It’s like a flow of energy that may either be gentle and gradual or sudden and very intense.

There are many ways to stimulate kundalini energy. The most common method involves tantric or yoga practice. Other practices such as meditation, plant medicine like psilocybin or ayahuasca, or breathwork and visualization can also help to awaken kundalini energy. Sometimes, it can arise suddenly in response to traumatic situations, sexual encounters (usually with a twin flame) or after taking psychedelic drugs.

When awakened, kundalini comes with great power that clears and re-patterns many systems mentally, physically, emotionally, and spiritually. This means that this energy seeks and destroys everything that does not serve one’s highest purpose and potential. It allows people to be more balanced and to live without attachment.

What are the Signs?

The awakening of Kundalini energy is neither good nor bad but it is very powerful. It is simply a primordial force that lives within all of us. However, some of the signs or symptoms can feel very unpleasant while others can even feel like a high.

Some of the more pleasant kundalini awakening symptoms are:

On the other hand, the darker, less pleasant symptoms of kundalini awakening include:

Yes they can, but it won’t always happen. As with most psychedelic quests, guidance and protocols are key for the experience to be positive and safe. There is also a certain level of reverence for this process that needs to be respected. Kundalini can ultimately make you or break you. It involves a total transformation for the entire person.

One of the psychedelics that can awaken kundalini is psilocybin. Certainly, being brought up in a culture that uses mushrooms for spiritual purposes rather than recreational ones can make a big difference. However, when they are used with an intention of awakening kundalini the response can sometimes be more than the user can handle.

It can be so intense that sometimes years of painful restorative treatment might be needed to return the individual into balance. Of course, it doesn’t happen to everyone. Many can have incredibly enlightening experiences but there are certain risks to taking psilocybin for spiritual purposes without the proper containment.

Another psychedelic that is often related to the awakening of kundalini is ayahuasca. However, just as with psilocybin, taking it for kundalini awakening without preparing the body and mind can lead to unfortunate and terrifying experiences.

Kundalini can be very dangerous when awoken forcefully.