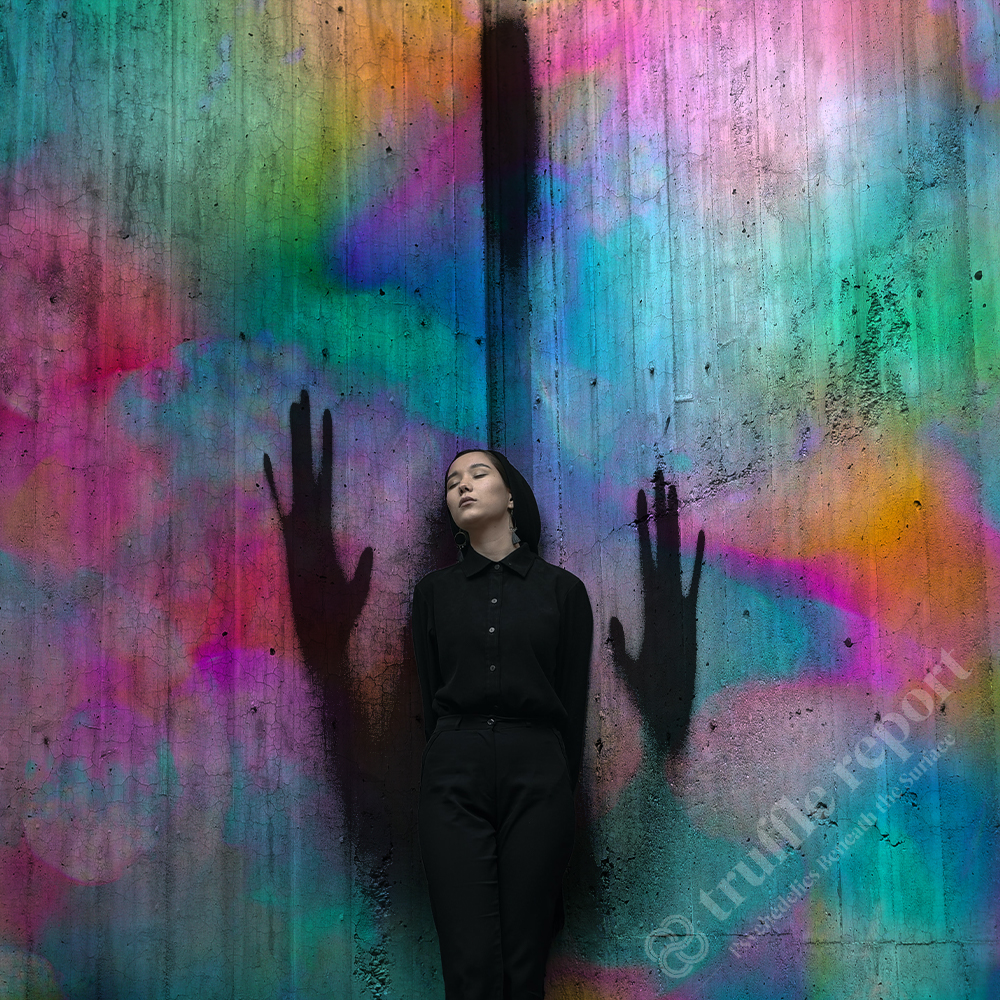 We all carry demons. Sometimes, we catch tiny glimpses of them in dire moments. Other times, when something triggers us, we see them in all of their glory and are left struggling to cope. Most of the time, we just ignore them and try to bury them deep inside of us due to fear, guilt, or even shame. The truth is that discovering and working with our demons is an essential part of any healing spiritual journey.

These so-called inner demons are also known as the shadow, a term rooted in spirituality and Jungian psychology. Underneath the mask that we wear on a daily basis, we have a hidden shadow side that can be impulsive, wounded, or sad. As uncomfortable as our shadow self can feel, it can also be a source of emotional richness, and dealing with it can be a pathway towards a more genuine and satisfying life. In other words, we must work with our shadow and embrace it in order to heal and grow.

There are many ways of practicing shadow work. While most are related to introspection and simple practices like journalling, some say that psychedelics might also be a good tool. What is shadow work and how can psychedelics tie into it?

What Is the Shadow?

The shadow is the dark side of our personality, consisting mainly of negative human emotions and impulses like rage, envy, greed, and selfishness. It is the place in the unconscious mind that hides and contains all of our secrets, repressed feelings, primitive impulses, and shame.  Everything that we deny in ourselves becomes part of the shadow.

The idea  of the shadow self was originally conceived and studied by Swiss psychiatrist and psychoanalyst Carl Jung. Jung proposed that everyone carries a shadow and that the less embraced it was in the person’s conscious life, the darker and denser it became. According to Jung, the shadow side is formed during childhood and is both a product of natural ego development and conditioning.

What Happens When You Repress Your Shadow?

Rejecting, suppressing, shunning or denying your shadow can be dangerous. When the human shadow is repressed, it tends to threaten and sabotage our lives. The shadow wants to be explored, understood, and embraced.

The more you ignore it, the more it will find its way to make you aware of its existence. Addictions, low self-esteem, and mental illness are often attributed to the shadow self. When the shadow is suppressed, it can take over someone’s entire life and cause extreme behaviours.

What Is Shadow Work?

Shadow work is the process of exploring your shadow self or inner darkness. It is an attempt to unveil everything that we have hidden and every part of us that has been rejected within our shadow self. Without dealing with these aspects of ourselves, we will remain burdened with negative feelings like guilt, shame, or envy. It is only by bringing these aspects to the surface that we can begin to heal them and gain access to our higher selves.

There are many ways to practice shadow work but before attempting to do so, it is necessary to acknowledge your shadow, embrace it, and even befriend it. It is also important to practice self-love before even thinking about shadow work. If you have low-self esteem, doing shadow work can enhance feelings of self-loathing and be extremely painful.

While nowadays shadow work is more commonly related to psychotherapy, meditation and spirituality, it was previously associated with Shamans and traditional medicine people.

How Do Psychedelics Tie Into Shadow Work?

Psychedelic experiences have the potential to lift off the layers that protect our conscious minds from our shadow selves. One of the most powerful things about psychedelics is their ability to bring to the surface everything that we consciously or unconsciously suppress. During safe and intentional psychedelic trips, it is possible to access a state of increased emotional awareness more easily. There is the opportunity for possible meetings of multiple selves, even gaining access to trauma and wounds that may have developed in preverbal stages of our lives.

When used with intention, psychedelics can help us deal with long-lasting emotional, psychological, and spiritual blockages. Psychedelics promote increased awareness which can help someone identify triggers, as well as physical sensations and feelings associated with them. They can allow someone to distance themselves from their feelings and issues in order to observe them and learn how to tackle them and work with them. Shadow work can eventually lead to personal growth.

While using psychedelics for shadow work can be a positive experience, it is important to remember that psychedelics can force you to face yourself. They can bring up to the surface your most inner and deeper wounds and you must be ready to face them before taking them for spiritual purposes. While shadow work may ultimately lead to positive changes, it is an uncomfortable and sometimes painful process. Please take the time to do some profound self-searching before experimenting with any psychedelic substance for shadow work.