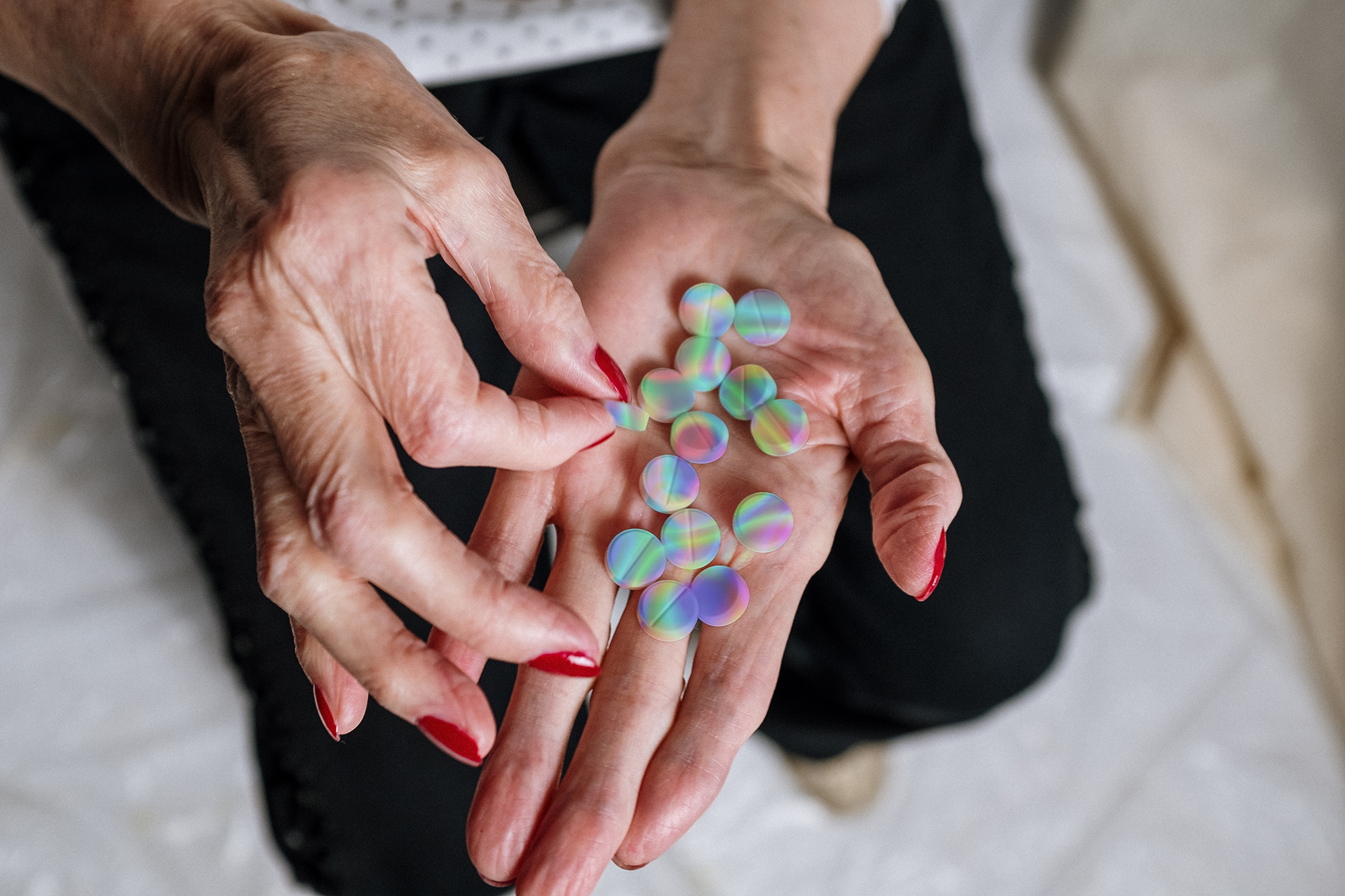 Psychedelics and Seniors: Cognition and Quality of Life

As the medical and recreational use of cannabis grows, older generations are the fastest-growing group of consumers. Are hippies and baby boomers rediscovering their roots in the 1960s? Probably not. Older people tend to take more drugs than younger people because they are more likely to have multiple serious medical conditions, such as diabetes, arthritis, heart disease, or dementia. There is increasing interest in psychedelics, as scientific and medical research uncovers the surprising mental-health benefits of MDMA, LSD, and psilocybin. Psychedelics may hold the greatest benefits for seniors.

Many media portrayals of seniors reflect a negative cultural attitude towards aging. Society tends to value youth and physical beauty more than the wisdom that can come with age, and so aging is all about managing decline rather than living the good life until the very end. That affects how older people are looked after by their families, and the healthcare system.

The World Health Organization (WHO) estimates that by the year 2050, the number of people over the age of 60 will be 2 billion. Currently (2020) this age group outnumbers children less than 5 years old. The older adult population can be divided into three life-stage groups: the young-old (approximately 65-74), the mild-old (ages 75-84), and the old-old (over age 85). Today’s young-old age group is generally happier, healthier, and financially better off than the previous generations. A longer life brings more opportunities to find new things to enjoy. However, with opportunities, comes anxiety and fear.

So, what are the benefits of psychedelics for seniors?

Older adults often show cognitive and affective changes. These can include a decline in creativity and generating novel ideas, decreased openness to new experiences, and decreased empathy. Although depression scores generally drop after early adulthood, late-life depression is one of the most common causes of emotional suffering in older adults, and the elderly have higher rates of suicide than younger adults.

Psychedelic drugs such as LSD, psilocybin, and ayahuasca have been shown to induce alterations in cognition, and to affect the changes in seniors. Psychedelics can increase divergence, creativity, and empathy. There is growing evidence that psychedelic drug use is associated with improved creativity and executive functioning, suggesting that these drugs may have potential cognitive benefits for older adults.

A single dose of psilocybin helps many people become more open, creative, and curious, according to research from John Hopkins. Psilocybin can trigger a transformative spiritual state, though the high dose can result in bad trips and challenging experiences.

According to researchers, after the age of 30, personality is a stable part of who we are. Studies led by Katherine MacLean, a postdoctoral student at John Hopkins University, analyzed personality data on 52 participants (average age 46) who had participated in the group’s earlier research on psilocybin. Patients completed 2-5 nine-hour drug sessions with consecutive sessions separated by at least three weeks.

Immediately after the session, one of the volunteers, who for decades had held reincarnation as part of her worldview, reported that it was the “worst experience of her life” and that she would rather spend three lifetimes on a mountaintop meditating than repeat what she had just experienced during the session. Because she remained curious about the effects of psilocybin, she decided to continue to participate in the study. In contrast to her first session, her post-session ratings fulfilled the criteria for a “complete” mystical experience and, at one month, she retrospectively rated this experience as the single most personally meaningful and spiritually significant of her life.

This study is one of the first to show that psilocybin, when used in an experimental setting, can alter personality long term. Specifically, the study found that psilocybin affects the dimension of personality called openness. Openness relates to the ability to see aesthetics, ideas, and values and to be curious and creative.

A team from the Department of Psychological Medicine and Department of Biochemistry at the National University of Singapore conducted a six-year study on 663 seniors over the age of 60, all residents of Singapore.

This study found that seniors who consume more than two standard portions of medicinal mushrooms weekly may lower their odds of having mild cognitive impairment by 50 percent, compared to those who consumed mushrooms less than once per week.

The authors attribute the beneficial effect to mushrooms’ rich concentration of ergothioneine, an antioxidant and anti-inflammatory compound that humans can’t synthesize on their own, but which can be obtained from dietary sources.

Ayahuasca Retreat for Elders and Quality of Life

Used for centuries in sacred spiritual traditions throughout Central and South America, Ayahuasca is gaining popularity around the world. With the increased public interest in ayahuasca ceremonies, there has been a rise in ayahuasca tourism as a way of emotional healing, especially for seniors. Until recently, patients had to travel to South America, but now the ceremonies are appearing all over the United States and Europe.

Ayahuasca is an Amazonian psychoactive drink that is still used as a form of traditional medicine and cultural psychiatry. The indigenous and mestizo communities regularly use ayahuasca to treat mental problems, social issues, and spiritual crises.

The results obtained in this study suggest that the use of ayahuasca in controlled settings may offer therapeutic benefits. Patients can experience visions, emotional memories, and intellectual and spiritual insights gained after ceremonies with ayahuasca. Their level of self-reflection, ethical sensation, creative thinking, and redemption is increasing during the experiences. Seniors face their deep thoughts and emotions that confront them with earlier wrongdoings, self-deceptions, and lies. In some cases, repressed memories can surface, causing emotional catharsis and opening the way to abreaction, relief, and remission. Ayahuasca helps seniors find their purpose and fight with depression and suicidal thoughts.