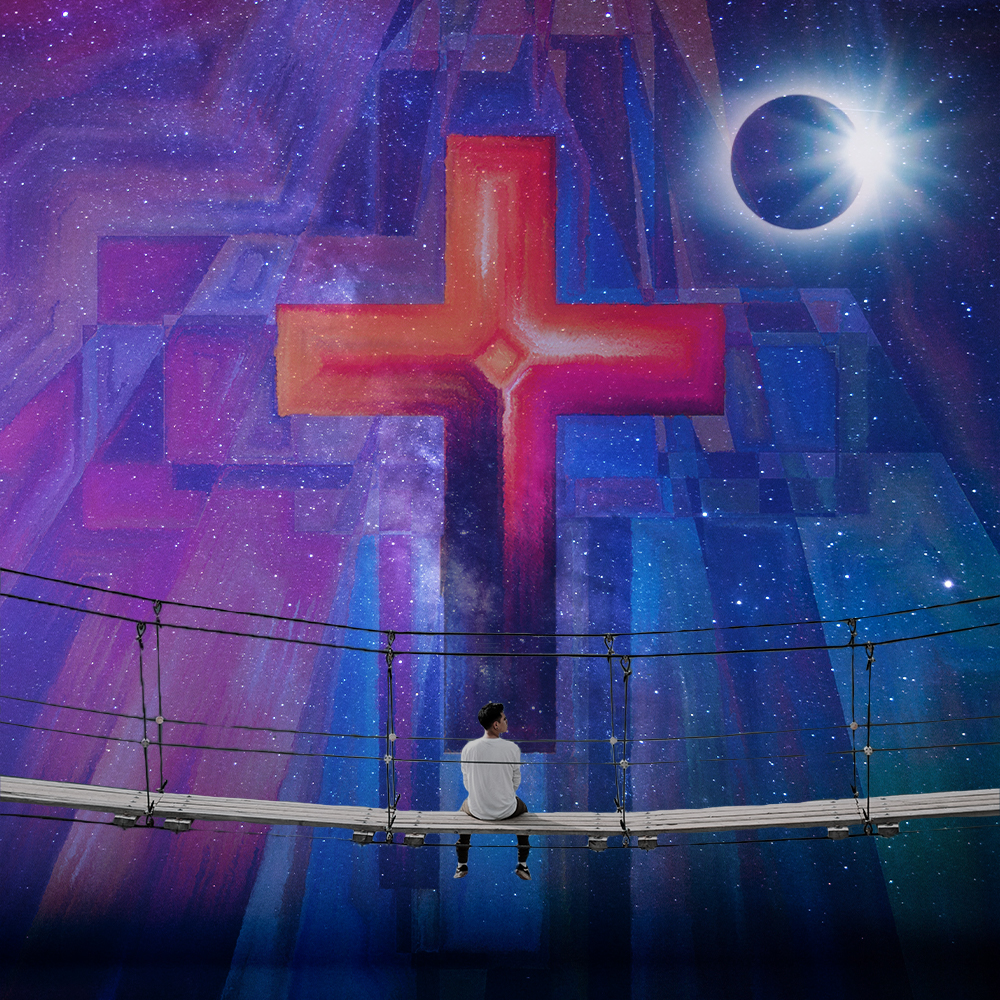 In North America today, one could easily imagine that psychedelics and Christianity exist in opposition to one another. There is certainly a history of Christian condemnation towards psychedelic substances, with induced visions being attributed to devilry and demonic voices.

Psychedelic Visions in the South

The Spanish clergy did exactly this during the colonization of pre-Colombian Aztec and Mayan societies. Known among locals as “teonanacatl” (flesh of God), psilocybin-containing mushrooms were widely consumed, along with other psychedelics and alcohol, as a spiritual rite. At the time, this did not sit well with Spanish friars who considered the visions to be a collusion with the Devil—and tried, albeit unsuccessfully, to quash the usage of vision-inducing mushrooms and other psychedelic substances.

Centuries later, however, this relationship has shifted greatly in present-day South and Central America. Christian theology remains omnipresent, but locals, particularly of indigenous descent, are pushing back on existing cultural paradigms with their relationship of psychedelics and Christianity. Today, ritual consumption of psilocybin mushrooms can come part-and-parcel with prayer and periods of fasting and sexual abstinence. The mushrooms may even be blessed in a church before the ceremony takes place. These rituals are firmly rooted in hybrid religious traditions rather than being recreational or strictly medicinal.

We have already discussed the tale of R. Gordon Wasson and Maria Sabina/”Eva Mendez”. In his famed Life Magazine article, Wasson writes that their hosts “mingled Christian and pre-Christian elements in their religious practices in a way disconcerting for Christians but natural for them.” As surprising as this may have seemed to Wasson, this practice reflected an adaptation of indigenous spiritual practice to the introduction of Christian faith to their societies many centuries prior.

Still farther south, the Brazilian religion of Santo Daime combines psychedelics and Christianity by mixing the Catholic faith with the consumption of ayahuasca. Practitioners of this faith have been emboldened by the designation of their oldest church in Rio Branco— translating to the “Universal Light Center for Christian Illumination”— as a historical and cultural heritage site. Other examples of similar religious orders exist throughout South and Central America as well.

After his experience with the psychedelic mushrooms, Wasson speculated that induced psychoactive visions among early European societies might have influenced the development of Christian spirituality as we know it today. There apparently exists evidence linking Amanita muscaria mushrooms to the development of Christianity (more on that in a moment). Speculative or not, it’s an interesting idea to consider and may deepen the connection between these seemingly separate spiritual practices— with a small ironic twist.

Psychedelics and Christianity in the North

In the United States, the consumption of LSD and “magic mushrooms” was widely associated with the countercultural movements of the 1960s and 1970s. These movements rejected materialism, promoted peace and pivoted spiritual belief away from rigid, traditional Christian thought that dominated American cultural values. This was certainly a factor in the decision to classify these as Schedule I illicit substances —a move which created resistance against these countercultures.

The persecution of psychedelic use by the American government may have worn a different public face than that of the Spanish clergy, but they were parallel in concept and the results were largely the same. Today, psychedelic use in North America has become more broadly accepted and religious organizations such as the Oratory of Mystical Sacraments have arisen to align Christian thought with the use of psychedelic visions, although they broadly incorporate many different religious and spiritual viewpoints into their order.

A species of mushroom known as Amanita muscaria is a poisonous psychedelic fungus with a different appearance and method of intoxication from psilocybin mushrooms. Coloured red and white, stumpy— with the appearance of fairy-tale toadstools— these deliver hallucinations via ibotenic acid and muscimol.

Amusingly, there has been speculation about these mushrooms being a part of our modern-day composite image of Santa Claus, already derived from the Dutch Sinterklaas and, by extension, the Greek Saint Nicholas of Myra. In his video, Santa is a Psychedelic Mushroom, Matthew Salton describes the various parallels between our contemporary image of Santa Claus and the shamans of the Sami tribe in Northern Finland— and they run deep.

These shamans would eat and dress up as A. muscaria mushrooms, then travel to the households in their village on a reindeer-drawn sled. Once there, they would squeeze down the chimneys (the snow would make it impossible to open many front doors) and the ceremony would begin. Unlike our modern version of Santa, these shamans would consume A. muscaria mushrooms, receive visions and offer gifts of wisdom and guidance, rather than Tonka trucks and video games.

One wonders if these shamans might have also enjoyed an ice-cold bottle of Coca-cola— but I guess we’ll never know.

Update: For more information on A. muscaria and Santa Claus, check out Truffle Report’s Tripping Claus and Flying Reindeer