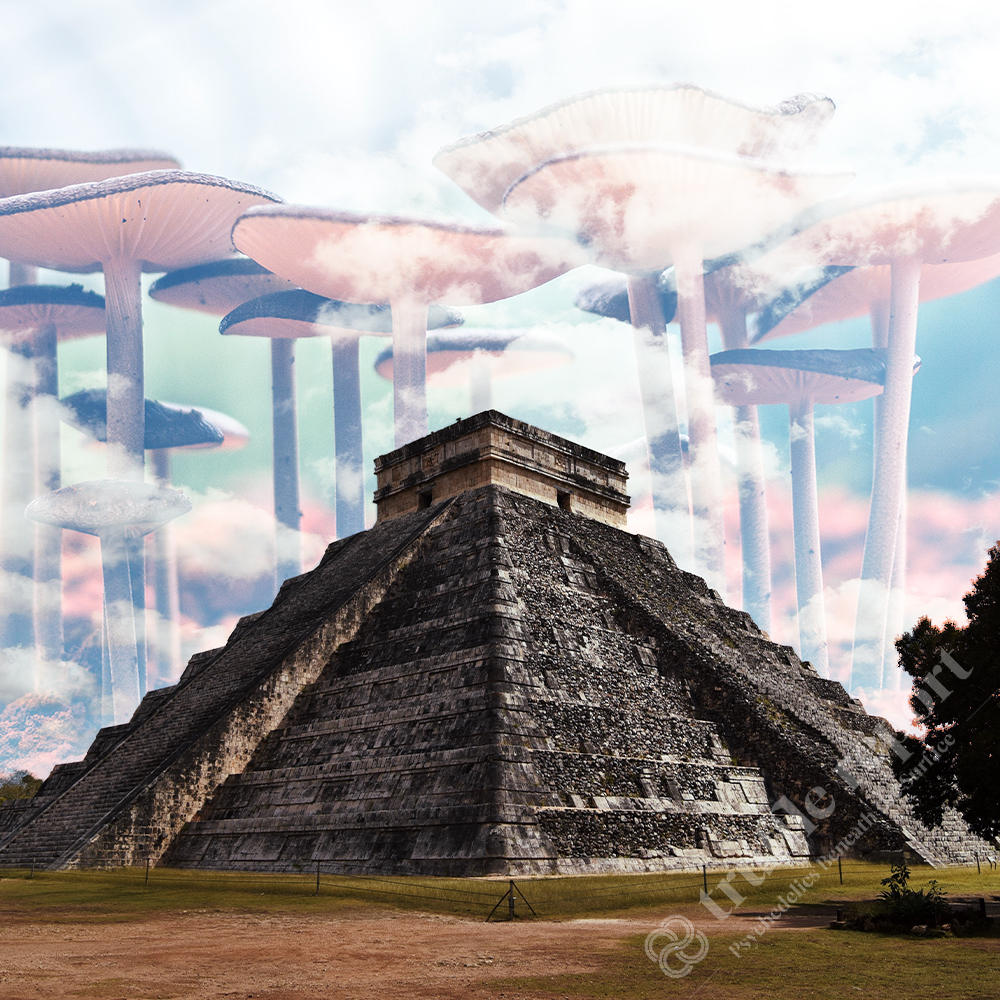 Psychedelics and Ancient Art: A History of Confirmation Bias

A point of contention in the burgeoning field of psychedelic study is just how much psychedelics have influenced different peoples throughout history. Imagery that modern scholars interpret as psychedelic appears in the ancient artwork of multiple cultures. Throughout the ongoing process of undoing the social stigmas of psychedelic use, advocates have suggested that historical cave art, figurines, or temple paintings are evidence that psychedelics might have played a role in the development of mankind.

What causes them to make these assertions and just how valid are they?

Likely one of the most well-known arguments for psychedelics in the role of human evolutionary development is Terence Mckenna’s “stoned ape theory”. Mckenna was a psychonaut and lecturer who advocated for psychedelic use. Along with the above theory, he also coined the term “technodelic” to describe the relationship between psychedelics and technology. His stoned ape theory attempts to address the mysterious nature of human consciousness and how it developed in a different way than other mammals in the evolutionary chain. In brief, Mckenna surmised that early nomadic proto-civilizations in prehistoric Africa may have added P. cubensis mushrooms to their diet as they began to experience an expansion of language, memory and religion. These expansions of consciousness would then have given these early psychonauts an evolutionary advantage and have helped carry human development forward.

An October 2020 Vice article addresses numerous problems in the assumptions that researchers and advocates have made about the historical use of psychedelics. Several studies, including a recent one conducted by Martin Fortier, suggest that these arguments are laced with confirmation bias and point to a historical romanticism positioned to make psychedelics more marketable. Fortier conducted a review of evidence pointing to psychedelic use in ancient cultures and found that the only reliable evidence points to the use of psychedelics in pre-Colombian Southern and Mesoamerican cultures.

For the remainder of this discussion on ancient artwork, we will try to keep these problems in mind.

Cave art found around the world has many common elements and motifs. These include zig zags, spirals, or recurrent geometric patterns that can be found throughout the historical art of various cultures and regions —including that of Egypt, the Aztecs, Africa, and the Americas. Since these designs resemble patterns one might see during a psychedelic trip, certain researchers like David Lewis-Williams have suggested these ancient artists may have produced their work based on psychedelic visions. The corresponding proximity of psychedelic plants to the geographical locations of these cultures make it possible, but how plausible is this theory?

It’s difficult to really know for sure. A recent excavation of the 500 year-old Pinwheel Cave in Southern California suggests that datura played a role in the Native American society of this time. The red pinwheel pattern on the ceiling, for which the cave is named, resembles the spiral pattern of an unfurling datura flower. Chemical analyses and electron microscopy have confirmed that traces of plant matter shoved into cracks of the cave are indeed datura. Excavated materials such as tools and food scraps suggest that a group of people may have inhabited the cave when the painting was produced —a different possibility from a single shaman having a trip and painting patterns from their vision. This is a small but significant distinction.

The aforementioned Vice article points out that just because we know that cultures were familiar with a psychedelic plant, does not mean they used them in the ways we imagine. In this case, the painting of the datura flower may have represented group veneration for the plant rather than being the painted result of a tripped-out shaman’s visions. It’s impossible to say.

Ancient Art of the Maya and Aztec

On the other hand, reports and artwork that confirm the nature of psychedelic use in the Americas are fairly substantial. There are several codices left behind by Spanish colonists and missionaries that describe the ritual uses of psilocybin mushrooms and peyote. The consumption of alcohol and hallucinogens seems to date back to the Olmec era (1200-400BCE). The mushroom stones found in Mexico, Honduras, El Salvador, and Guatemala resemble psilocybin mushrooms and there are figures carved into the stalks or “stipes” of each. At least one of these seems to depict the practice of grinding psilocybin mushrooms into powder.

Dating back to 500CE, a mural exists of the Toltec rain god surrounded by the figures of priests or shamans holding mushrooms where his rain falls. This mural is thought to depict the relationships between priests, gods, and psychedelic plants —where the plants, or mushrooms, offer a gateway to communication with the gods.

Mandalas and Expanded States of Consciousness

Mandalas are extremely ornate and intricate images that are associated with Buddhism, Hinduism, and the Navajo (mandala designs can be found within dream catchers). Often meant to represent the structure of the universe, the designs of a mandala typically revolve around a central focal point —usually a circle. The circle represents the oneness of the universe and is surrounded by designs such as squares that represent aspects of order in the universe. They function as guides for meditative exploration and are meant to enhance focus.

The variety of imagery found across different mandalas tends to look psychedelic. Users of DMT, in particular, have reported seeing mandala designs while tripping. Does this mean that Tibetan monks may have used DMT in order to produce these intricate designs?

As far as we know, absolutely not. Mandalas, however, do demonstrate one further connection between psychedelics and ancient art. Mandalas are both an aid to, and product of, meditation —an exploration of the unconscious mind. Similarly, psychedelics open a window into the inner workings of our unconscious minds. Mandalas are an example of how it can be easy to assume that historical artwork was facilitated by psychedelics —but that these images likely already existed in our subconscious minds, and those of the artists, to begin with.