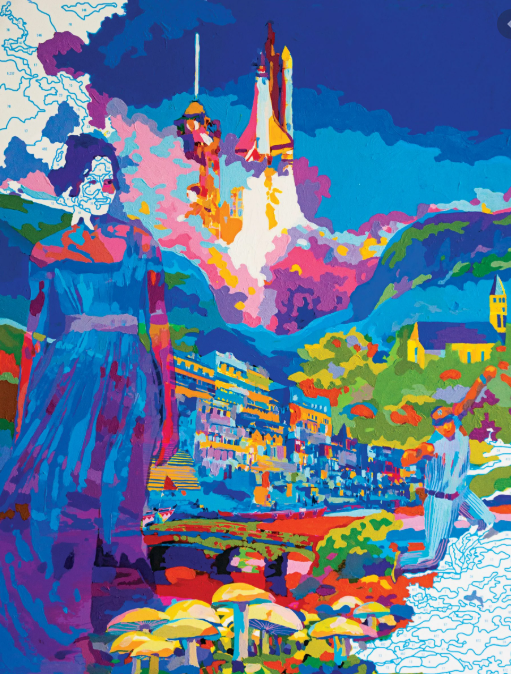 Psychedelics: A Brief History and The Path to Market

For the vast majority of people, the first thing that strikes a chord when it comes to psychedelics is the time of the 1960s: The counterculture movement, anti-establishment and insurrectionary purposeful propaganda, hippies and the concept of a world with perpetual peace, harmony, and love.

The first wave of research on psychedelics happened between 1960-65 when Sandoz Pharmaceutics (now Novartis, the third largest pharma company in the world) used to market LSD and psilocybin for psychotherapeutic purposes.

People believe the counterculture helped popularize psychedelics. On the contrary, the proliferation of recreational use prodded government intervention and by 1971, psilocybin, LSD, ibogaine, mescaline, peyote, MDA and DMT were all labelled illegal in America. Clinical research on psychedelics continued, albeit slower than before. Legally procuring a Schedule I drug is a difficult and expensive process. In order to work with these compounds, clinics require licenses and enhanced oversight by regulatory bodies.

There also exists the issue of the stigma attached with such research initiatives. Psychedelic researchers were for a long-time considered outcasts of the medical community. What changed all this then? Mental health went mainstream. Growing societal awareness and acceptance of disorders as a real disease has propelled a search for new and innovative treatments.

Psychedelic research published back in the 50s and 60s began to resurface, shining a light on these compounds’ curative properties. When cannabis was legalized in Canada in mid 2018, the stigma around illicit drugs began to fade. This immensely helped accelerate investment in the psychedelics industry.

The Path to Market

On average, a prescription drug takes over 10 years and US$2.5bn to develop (includes the cost of capital and failed drugs). However, for psychedelic drug development, the hurdles will be much lower. Decades of human consumption and the resultant efficacy supporting data will help expedite clinical trials, reduce cost, and improve the probability of success.

Till date, three different psychedelic programs have been granted Breakthrough Therapy Designation (BTD) by the FDA. This helps shorten the process of drug development and review by ~30%. It is important to note that the same factors that provide development advantages to pharmaceutical companies also threatens their profitability.

Psychedelics have been around for years and are not easily patentable. Moreover, there is scientific research which suggests that they are so effective, patients can be cured with a single macro-dose. This challenges the conventional pharmaceutical business model that relies on long-term market exclusivity and lifelong patients.

The Most Promising Psychedelic Compounds

Listed below are five compounds that have the highest near-term prospect for clinical success.

MoA: Psilocybin is dephosphorylated in the body, turning into psilocin. Psilocin has a chemical structure very similar to serotonin and therefore binds on the same receptor sites (5-HT1 and 5-HT2)

Research: There are currently 23 clinical trials underway using psilocybin as an intervention to treat specific conditions

Uses: Potential indications include depression, anxiety, addiction, OCD, anorexia, obesity, cluster headaches, Alzheimer’s disease, PTSD, and personality disorders. In depression, the effects of psilocybin have been shown to persist for over six months

MoA: LSD binds on the same receptor sites as serotonin and psilocin (5-HT1 and 5- HT2) but produces an effect that is ~100x more potent than psilocybin

Research: There are four clinical trials underway using LSD as an intervention to treat specific conditions

MoA: It affects various neurotransmitter systems simultaneously, including the regulation of dopamine reuptake. It is metabolized into noribogaine, a potent serotonin reuptake inhibitor

Research: There are three clinical trials underway using ibogaine as an intervention to treat specific conditions

Uses: Potential indications include alcoholism, opioid use disorder (OUD), cocaine and other amphetamine addictions and smoking cessation. In countries where it is not scheduled, such as Canada, Mexico, and the UK, ibogaine has been prescribed by clinicians for anti-addiction therapy for many decades

Source: Chemically synthesized type of amphetamine. MDMA differs from amphetamine and methamphetamine due to the addition of a methylenedioxy group. This causes it to resemble the hallucinogen, mescaline.

MoA: Given its structure, MDMA has both stimulant and psychedelic effects. It acts to increase the net release of serotonin, norepinephrine and, to a lesser extent, dopamine from axon terminals.

Source: Chemically synthesized, ketamine has a structure similar to that of the hallucinogen phencyclidine (PCP).

MoA: Ketamine blocks the NMDA receptor, which causes its anesthetic and dissociative effects, like derealization and depersonalization

Research: There are close to 100 clinical trials underway using ketamine as an intervention to treat specific conditions (excludes anesthetic/analgesic trials).

Psychedelic drug therapies have caught the eye of the capital markets as various companies race to develop novel medicine treatments. With further research into how the brain perceives altered realities caused by psychedelic drugs, scientists believe they can better understand, and therefore treat, altered realities caused by mental health issues. There is tremendous opportunity for companies operating in this space to capitalize on these advancements going forward.