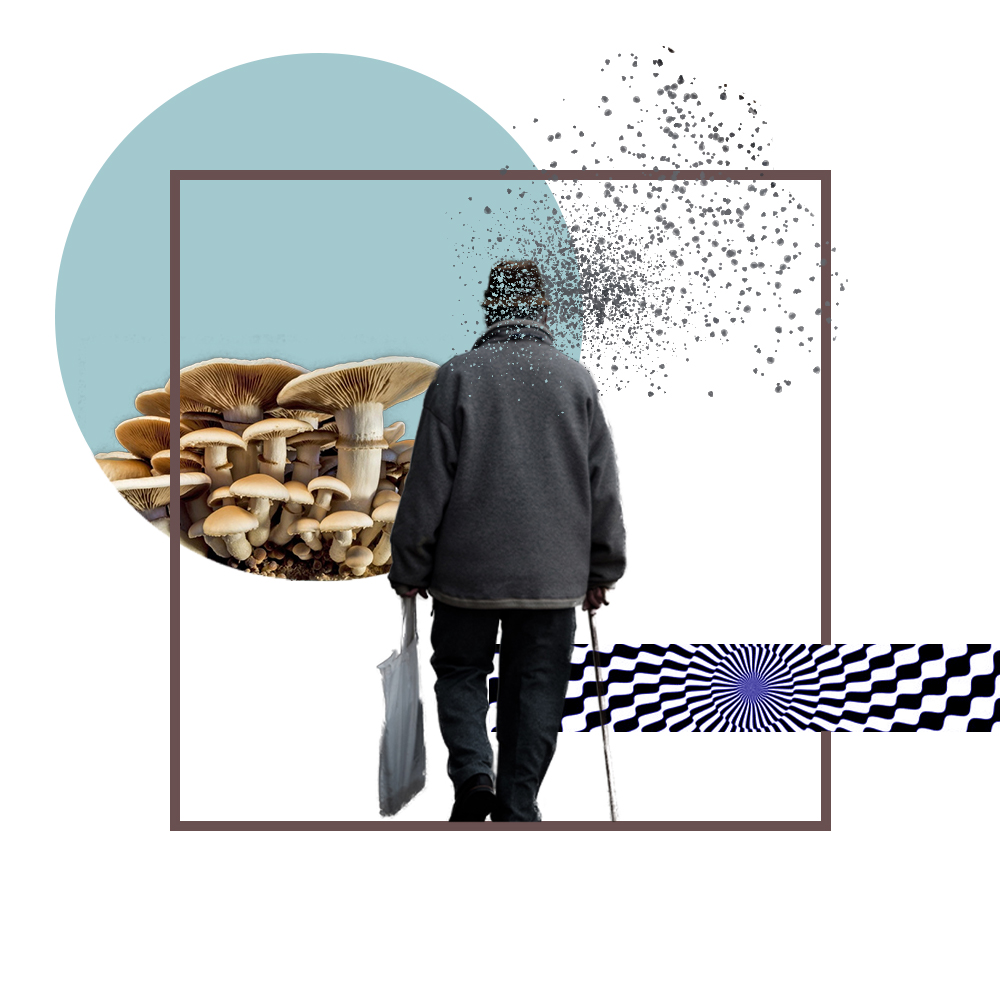 Unfortunately, there is currently no treatment capable of curing Alzheimer’s disease, or even altering its progress in the brain. However, certain medications such as Donepezil can improve some symptoms, slowing the degeneration of brain cells. This can help Alzheimer’s patients maintain their independence for a while until the cognitive decline progresses to the stage of needing constant assistance.

With a condition like Alzheimer’s, it is also important to treat side effects. More often than not, people suffering from this degenerative disease also struggle with depression and anxiety associated directly with the condition and the sense of losing themselves. It is estimated that nearly 40 percent of Alzheimer’s patients suffer from significant depression.

Recently, researchers have wondered whether psychedelic therapy could be useful for treating Alzheimer’s disease. While early data has not identified significant cognitive benefits yet, it has demonstrated that the method is safe. It has also shown to be beneficial for treating depression and anxiety associated with the early stages of the disease.

How are Psychedelics Being Integrated Into the Treatment of Alzheimer’s Disease?

There has been a renaissance in psychedelic research in recent years, particularly studies involving LSD and psilocybin. Reports on trials involving both substances in the treatment of different conditions such as depression or anxiety have been positive due to their potential to stimulate neurogenesis, induce neuroplastic changes, and reduce neuroinflammation. Psychedelics induce brain plasticity, and can modify connectivity between brain regions. This is precisely why researchers think of psychedelic therapy as a great option for treating dementia and Alzheimer’s.

Eleusis and Johns Hopkins University are two of the leading names when it comes to psychedelic research for Alzheirmer’s disease.

Eleusis, a not-for-profit foundation dedicated to scientific research and clinical application of psychedelics, completed a Phase I trial of LSD in healthy older volunteers. The results of the double-blind, placebo-controlled study which was carried in London, included positive data on the safety and tolerability of LSD in 48 volunteers over the age of 60.

These positive results set the stage for a Phase II trial involving volunteers diagnosed with early Alzheimer’s disease. The hypothesis is that LSD could affect various pathological processes in Alzheimer’s, including neuroinflammation which is directly associated with cognitive impairment.

It is also expected that LSD will provide relief to other conditions that are typically associated with Alzheimer’s disease such as anxiety and depression. This is because psychedelic drugs can stimulate serotonin receptors that mediate cognitive function in the brain.

Psilocybin has already been successfully used in trials involving treatment-resistant depression. It is also being used with high expectations to treat other complex medical conditions like anorexia nervosa. This effectiveness is part of what makes researchers at Johns Hopkins University hopeful that it might work to treat depression associated with other conditions like Alzheimer’s disease and Mild Cognitive Impairment.

Johns Hopkins University will commence a study evaluating the effects of psilocybin for depression in people with early Alzheimer’s disease on December 18 2020. The study, that will end in September 2022, will be an open-label trial in a sample of 20 patients with a diagnosis of early Alzheimer’s or Mild Cognitive Impairment. The main objective will be to evaluate psilocybin’s effectiveness on depression symptoms associated with AD or MCI.

The outlook on the future of psychedelic therapy for Alzheimer’s disease is quite simple at the moment: more trials, more research, more publications, and more exploration. The current studies are still in very early stages and we cannot realistically expect results for several years. Hopefully, more investors and donors will provide funding for larger and more comprehensive trials.