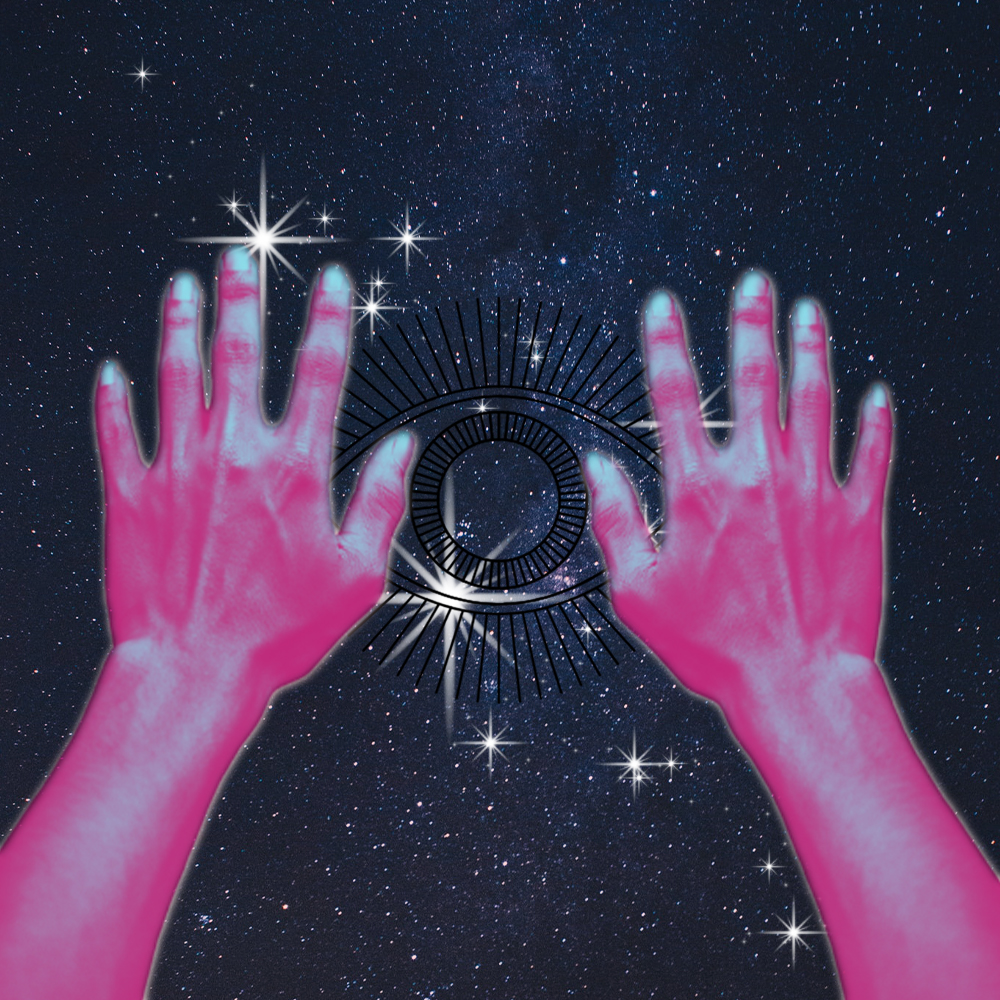 The modern-age psychedelic renaissance is being led by major Western research groups, renowned universities, and business enterprises who are advocating to bring entheogenic plants to mainstream medicinal practices. Some seem to have their eye on the recreational market as well.

While the recent upswing of the psychedelic movement is mostly being led by white individuals, psychedelic traditions and the medicinal use of entheogenic plants share many of their roots with Black, Indigenous, and People of Colour (BIPOC) communities.

With the the current psychedelic sphere taking shape under Western-led scientific studies, The Sabina Project, a BIPOC-centered organization, is working towards bridging the gap between science and traditional practices.

“We are focused on bridging the gap between some of our Western traditions and ancestral ways and we believe in approaching these medicines from a ceremonial perspective for harm reduction. This is the greatest form of harm reduction,” says Undrea Wright, co-founder of The Sabina Project. Wright, with co-founder Charlotte James, is working towards providing a safe space for, in the Project’s own words “Black-led psychedelic integration, education, and ceremony.”

The Sabina Project: Naming the Initiative

The initiative is named after Maria Sabina Magdalena Garcia, a Mexican healer, or curandera, who was also known as the “priestess of mushrooms”. “The reason why we chose the [name] Sabina Project was because when people talk about psychedelics, they refer to people like Timothy Leary and a whole bunch of white guys,” Wright says, expressing his dismay.

He adds, “Most of their conversation is about discovering this new way of being, almost as if the West discovered mushrooms and is trying to come up with ways to use these medicines. The truth is that our ancestors discovered this and [the harm reduction] technology.”

Sabina’s experience was the beginning of bridging the gap between indigenous rituals and the Western world, and is often remembered for introducing the West, in the person of R. Gordon Wasson, to psilocybin. Sabina’s story is as fascinating as it was tragic, and in order to keep the tale of her sacrifice and loss alive, Wright and James named the initiative after the “mushrooms priestess”.

Why is The Sabina Project Needed?

Wright has been practicing as a healer for at least 12 years. He tells Truffle that he and his co-founder attended a psychedelic conference in Washington) that inspired them to start the initiative.

Another factor in the Sabina Project’s genesis was the lack of healing circles able to carry out the integration process after a psychedelic journey. As more participants are reaching out to healers in search of therapeutic experiences, many practitioners or shamans are not proficient enough to help such large numbers of people integrate their experiences into their daily lives.

The last motivation, as Wright shares, was the lack of native voices in psychedelic works, a field increasingly dominated by white, Western influence. “It was very frustrating to constantly hear a conversation like, ‘Oh, I read a book by Michael Pollan.’ This person has had one or two psychedelic experiences and now somehow, they become an authority,” he says.

Modern Day Colonization: Why is the West Dismissive About Psychedelic Roots?

With so much to be talked about, modern-day psychedelic scientists and authors fail to acknowledge the indigenous roots of entheogenic medicines. A paper published in March of this year recounts, “In the recent bestseller by Pollan (2018), How to Change Your Mind … which, despite acclaim in both psychedelic communities and the mainstream public, omitted virtually all mentions of the historical and present contributions of women and people of colour.”

Wright compares the psychedelic renaissance to colonization. “What we are seeing is a replication of colonization,” he says. “When they [white men] colonize, they criminalize and shame us from our own traditions and replace them with their own ideas. The next step is that they appropriate the same cultures and beliefs for themselves, monetize and commercialize them for their benefit,” he tells Truffle. Wright expressed his displeasure at workshops and circles being led by white individuals, sharing that it’s not easy for everyone to resonate or understand the transcending power of the medicine without connecting with the medicine’s purpose and roots.

Looking at some threatening situations scarring the healthy representation of healers from ethnic backgrounds, Wright says, “Traditions that are typically romanticized by the West are traditions from people of colour. Our medicines are made illegal or they marginalize us in some way so that they can get profit out of that.”

The dismissiveness of the West also links to the racist and abusive nature of the War on Drugs. Referring to an example from the cannabis legalization and white supremacy in the cannabis industry, Wright says, “What’s really offensive about this is that the vast majority of people ending up in jail from cannabis are people of colour. They [white supremacists] militarize and over-police these [BIPOC] communities.”

“Now, they are doing the same with psychedelics,” Wright says, making a stark comparison between the legalization of cannabis and the on-going psychedelic renaissance. He says that after legalization, it will be harder to access plant medicines under the legal framework because it will require a therapist and it’s an expensive affair. “The majority of people of colour are not using therapy as a modality tool for healing because it’s expensive and they can’t afford it. And if you want psilocybin-assisted therapy, it’s even more expensive. Only people with significant privilege can enjoy it,” says Wright, voicing his views on the inherent prejudice of the system.

“The notion that anyone who wants to benefit from [psychedelic] medicines needs medical therapy is absolutely ridiculous,” Wright says. He continues, “Our ancestors have been using these medicines for millennia and they didn’t need a Western doctor.”

While the West seems to be pushing hard to decriminalize entheogens, at least at state and local levels, Wright believes it can still do harm to marginalized communities. He says, “We don’t want to decriminalize these [entheogenic plants] and then have all Westerners doing ceremonies and depleting the resources. We need to think about how to sustain these resources and make them available to everyone.” In Wright’s views, people who are marginalized and criminalized should be the first to benefit from any legalized system of psychedelic medicine.

Undrea Wright’s Advice for the West

Wright points towards having a deeper conversation on how the plant medicines should be used and managed. In a blatant tone, Wright says, “The West needs to step back. Step [back] in realizing their privilege and abusive structure that has caused harm, and step back in allowing people who have been practicing these medicines traditionally in letting them guide you on how to use these medicines.”

“Here’s the other thing: The tradition separates us. And the ways of thinking. The West thinks of medicines as a commodity. From our perspective, we are building a relationship with this medicine. The West always wants to focus on one issue. We want to get to the root cause.”

“One thing I like about the Western approach is observation. That’s what they need to do and get out of the way. Just observe and listen. Listen to traditional wisdom. We do not want the Westerners telling us what they think we need. We don’t want them telling us how to do these things or trying to figure these things out on their own and giving us the blueprints. The blueprints are already there. So what we want them to do is to be quiet.”

How is The Sabina Project Bridging the Gap in the Psychedelic World?

Wright and James found a voice to create awareness about integration techniques such as yoga, meditation, healthy eating, and holotropic breathwork through events, workshops, BIPOC integration services, and Kambo/rapeh ceremonies.

While the initial idea for the Project’s integration circles was inspired to support BIPOC communities, Wright shares that the best ways of imparting knowledge for integration techniques are based on experiences, and not on the predominant physical identity of a person. “Ceremony itself is not an appropriate place to isolate. We can’t have a ceremony of just all men or all women,” he says. However, certain changes in the integration process after the ceremony can be fruitful to individuals hoping to be healed.

“During the integration process, the one that happens after the ceremony, we certainly take groups of people like, women who have been sexually abused, or people who have an alcohol addiction, or some people having issues with their families. It is a unique conversation that people want to have and support each other in their journey,” Wright says.

The integration circles are organized every first and third Sundays through Zoom calls. The circle has a set of norms on communication that streamlines participation for everyone. In all, the group is advised to refrain from interpreting or judging each other’s experience. Moreover, the organizers make it clear to participants that substances that are being talked about are illegal in America and they are more focused on nurturing and supporting each other through their experiences.

“Although we have a renaissance, it’s still illegal. Also, we are a black-led BIPOC organization. So, if there’s a punishment, we will definitely be most severely sued and that’s why we discourage people from sharing where they get their medicine from,” Wright says.

The Sabina Project has organized a month-long series that will run until December. The series and sessions are divided into four parts, covering social justice, European shamanic tradition, and confronting personal bias, all aimed at addressing racism in psychedelic spaces.