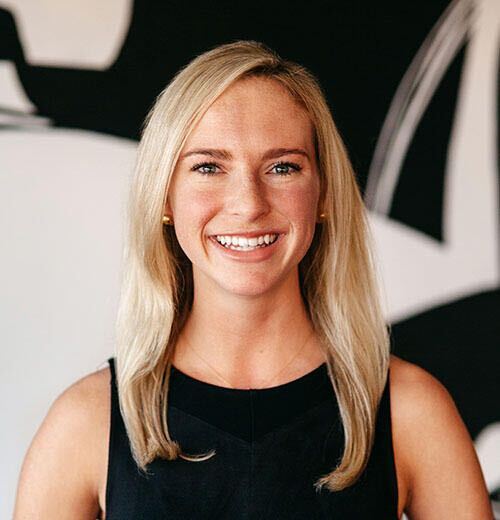 When attempting to understand the complex legal details of psychedelic policy and regulations, it’s always best to consult an expert. Truffle Report recently had the privilege of speaking with Courtney Barnes, an Associate Attorney at Vicente Sederberg LCC, a leading Cannabis Law Firm based in Denver, Colorado.

While most of Barnes’s professional experience is in the area of cannabis and hemp policy, she is passionate about the burgeoning field of psychedelics, making her an invaluable asset to the growing number of grassroots initiatives attempting to expand the space.

Barnes became involved with psychedelics when serving as an Advisory Member for Spore, (Society for Psychedelic Outreach, Reform, and Education). From there, at the MAPS Conference in Austin in 2019, she met Carlos Plazola (who Truffle previously interviewed), leader of Decriminalize Nature.

The two connected instantly, and Barnes started advising Decriminalize Nature on the policy side of psychedelics.  As Barnes states, “ I consult and advise on the legal parameters of creating a regulatory structure and continuing the decriminalization movement”.

Barnes emphasizes how “my goal is to have a community-oriented, inclusive, collaborative access model. I think it would start with some sort of pilot program where community organizations would be able to provide plant medicine ceremonies or engage in practices related to medicine, so long as they agreed to comply with a set of guidelines and practices for providing services. This would be at the local level, where the city of Oakland would ratify or at least approve the safety, health, and ethical guidelines that would be promulgated to support”.

Pilot Programs at the Local Level and Beyond

The pilot protection program is not a new idea. In 2013, the state of Illinois enacted the Opioid Alternative Pilot Program, which allowed opioid addicts to access medical cannabis to help combat their addiction. And in 2019, Turlock, California also introduced a Cannabis Pilot Program. Pilot programs are an effective way to prove a municipal approach to regulation and to approach the subject of a substance to the larger state (and even federal) level.

Barnes remarked that the pilot program approach would “make us different than a traditional licensing system.” She went on to add that “people have been providing these services and holding these ceremonies for thousands of years, largely without any harmful consequences or issues”.

Yet, the underlying policy issue with legalizing, or even decriminalizing psychedelics is the interplay between municipal, state, and federal laws.

The Controlled Substances Act and a Hierarchy of Psychedelic Policy

Barnes was still optimistic despite the obstacle “It’s starting a conversation showing that the community believes that these substances should be valued…Controlled substances are primarily regulated at the federal level. And at the state level, there’s the federal Controlled Substances Act, which provides the framework for state regulation, but states are also allowed to enact their own laws, and every state has adopted their own form of a Controlled Substances Act, which can be more restrictive and differ from the federal version.”

She went on to say “At the local level, there is the ability to regulate the health and safety of your citizens and certain localities do regulate to some extent… But really, it’s a top-down structure from enforcement and preemption. Federal law, if there were found to be a positive conflict, would trump state law as well as local law. State law would preempt local law, and so forth.”

I wanted to hear more about what Barnes had to say in terms of psychedelic users cultivating a positive relationship with state authorities. She was happy to oblige “It’s critical to have these local movements to generate momentum and have the conversation grow and demonstrate that this is important to the people… There are certain ideas that we’ve been discussing with different groups where for example, there could be a pilot program authorization, the way the 2014 Farm Bill accomplished at the federal level for states.”

She went on to stress the importance of grassroots activism in changing psychedelic policy at every level. “There’s also citizen-initiated movements for decriminalization and regulation, as we’re seeing in Oregon, that are a very effective way to create change at the state level” Barnes added, referring to the recent announcement that Oregon will see a Psilocybin Therapy decision on their November ballot.

One unique focus that Barnes brings to her practice is the importance of preserving religious traditions that currently employ psychedelics. She hopes that “ any regulatory model respects religious practices and ceremonies that are already protected and allows them to continue to operate as they have been without, putting their protections in jeopardy.”

She cites the Religious Freedom Restoration Act as crucial in protecting the practices of Native Americans. There have been a few notable cases in recent decades that dealt with Native Americans being penalized for using psychoactive substances, even though it was a documented part of their community or religious tradition. These include Employment Division v. Smith, and Gonzales v. O Centro Espírita Beneficente União do Vegetal. The American Indian Religious Freedom Act is also crucial as it essentially led to the creation of the Religious Freedom Restoration Act.

In the case of Employment Division v. Smith (1990), Alfred Smith, a Native American Oregonian, was fired from his job after testing positive for Peyote in his system after participating in a religious ceremony. He then fought his denial of unemployment compensation all the way to the Supreme Court, where the decision was overruled. The Supreme Court argued that peyote constituted a violation of state criminal law, as peyote is illegal in Oregon. The decision sparked a national outcry, and three years later led to the Religious Freedom Restoration Act.

“Decriminalization Should be the Baseline”

In terms of prioritizing the next steps in this ongoing fight, Barnes believes that “decriminalization at the local or state level across the country is critical to creating a system that’s going to be workable in the future… But decriminalization should be the baseline. No one should be going to jail for using natural substances. And the more cities and states can use their voice to show that this is how they feel, the quicker we’ll be able to make real change at the federal level as well” Barnes’ sentiments are similar to those of Paul Manly, Canada’s Member of Parliament for Nanaimo-Ladysmith who, like many others, is outraged by the number of individuals incarcerated for drug possession as a result of outdated policy decisions.