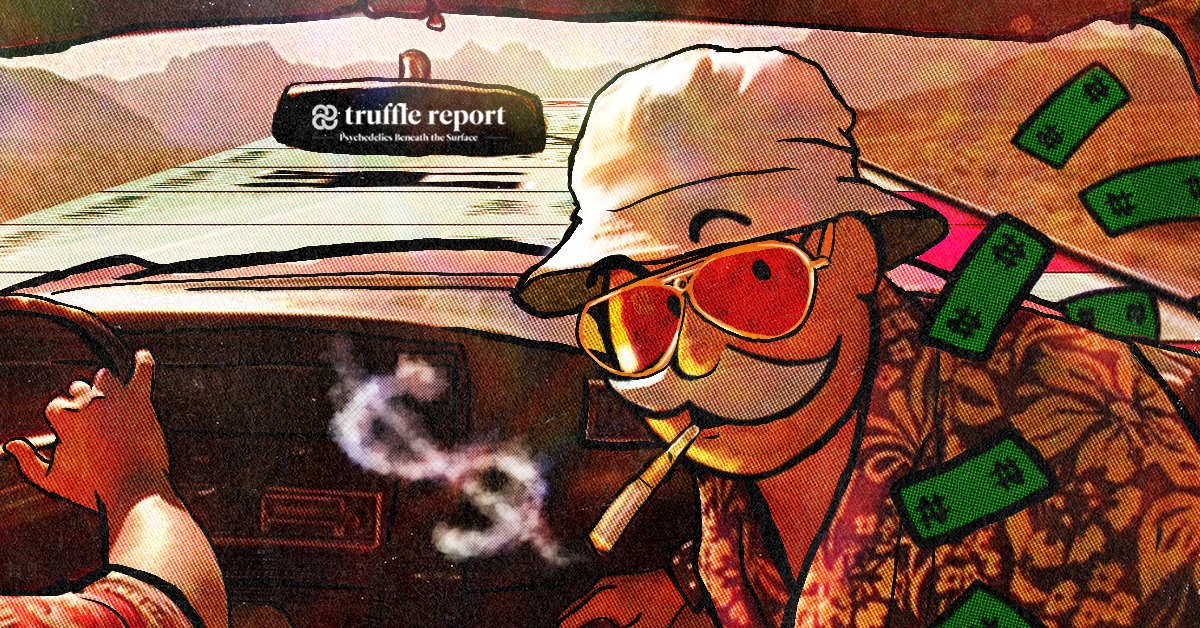 Psychedelic Monopoly: A Discussion on the Patent Race

Patents have become a hot topic in the psychedelic industry, raising questions on the ethics and equity of these soon-to-be-legal drug therapies. Advocates, activists and entrepreneurs, while all in favour of psychedelic drugs for healthcare and mental wellbeing, seem to split on its corporatization. Opponents of commercialized psychedelics often draw unfavourable comparisons with the cannabis market, while those in favour say that it is the only way to bring the medicine to the mainstream.

In a panel discussion titled Psychedelic Monopoly, organized by The Psychedelic Society and Chacruna on May 18, Bia Labate, Executive Director of Chacruna, hosted four speakers, unravelling the issue of patents and how they may affect the psychedelic industry.

Pointing out the flawed patent system and the ongoing controversy within the pharmaceutical and healthcare industry caused by companies racing to patent drugs, Pehechnik shared that the conflict on intellectual property is not new. “It’s inserted that the debates around patents are non-existent in the rest of healthcare. That really couldn’t be any more untrue,” he says, adding that the controversy on psychedelic capitalism is being carried forward from the already-existing patent war.

“This is a controversy all the time, including [in] the patenting of natural products.” Shayla Love, senior writer at Vice, says. “I think this idea that this is the way things work doesn’t mean we shouldn’t be raising questions about it,” she adds.

As the psychedelic industry continues to boom, with pharma players pushing to establish monopolies around novel compounds and the investment world placing bets accordingly, advocates are arguing that the usual controversies within the rest of the healthcare industry need to be put to rest rather than carried forward.

According to love, the issue of psychedelic capitalism will eventually be reflected in the cost of the treatment, which is still a long way from being insurable. “When you have something really exciting hitting the market, you just want it to be available to as many people as possible. That’s the point,” she says. “When you have all of these companies starting to say ‘we’re just going to do things the way it’s always been done’, there’s a huge red flag,” she adds.

The ‘evergreening’ and ‘thicketing’ processes are some of the techniques used to manipulate the patent system by companies seeking to block competition from smaller firms. Making minor changes to already existing drugs — even down the colour of the drug — helps them keep their products ‘evergreen’ and save their monopoly on the formulation.

An industry research brief concluded that 78 percent of drug filings for patents between 2005 and 2015 were not new drugs. Another concept, patent thicketing, creates a ‘dense web of overlapping intellectual property rights that a company must hack its way through in order to actually commercialize new technology,’ a paper published by Social Science Research Network journal (SSRN) in 2001 states. This, in exchange, allows big corporations to maintain a monopoly, while also making Research and Development more expensive.

Bronner condemned Compass Pathways in an open letter in March for its monopolistic take on psilocybin and its stance against Oregon Measure 109. During the panel, he says, “It’s a real problem when the for-profit actors are trying to monopolize medicines within the medical model frame, but then try to interfere with Oregon’s therapeutic model or decriminalization measures.” He further suggested a multi-stakeholder model in capitalism that would internalize social and environmental costs.

Bronner shared that stakeholders including Usona Institute, University of Wisconsin-Madison: School of Pharmacy and American Institute of the History of Pharmacy (AIHP) are building an online community Psychedelic Prior Art Library, to centralize a database of all the different psychedelic research and patents. He says, “There are plenty of investors out there who want to deploy capital impactors in a way to maximize return and that absolutely should be tapped to scale.”

Bringing back to the conversation to equity and access, Love says, “I think that we should be advocating for ethics, on the basis of not only philosophy and culture but about cost, access and making things equitable and accessible for all.”

“I think that there are lots of reasons to be worried about patents, and the commodification of psychedelics and to say that they don’t work well with capitalism, but just the philosophy of psychedelics on its own is not the only place that we should be springing from,” Love cautioned.

She adds, “It also prevents us from finding other middle grounds, in which there might be ethical ways to move forward. Things that might feel philosophically contrary to what psychedelics seem to stand for could be ways to move forward, and tackle some of the main problems that we have.”