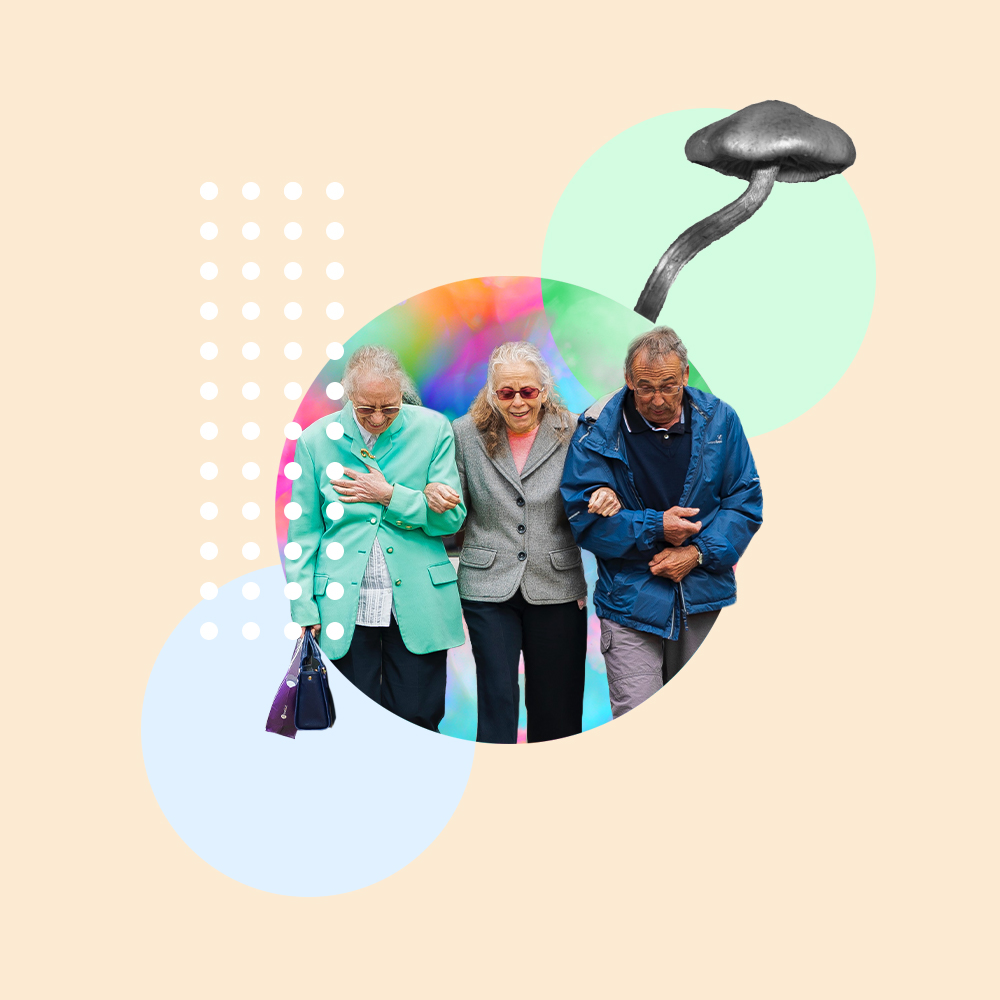 Acquired immunodeficiency syndrome (AIDS) is a chronic and potentially life threatening condition caused by the human immunodeficiency virus (HIV). The virus interferes with the body’s ability to fight infection and disease. HIV is a sexually transmitted disease (STD) that can also be spread by having direct contact with infected blood and from mother to child during pregnancy, childbirth, or breastfeeding. There are many potential treatments that can be applied to help relieve mental health issues in HIV/AIDS patients including group or individual psychotherapy, meditation, mindfulness or medication. Another possible approach could be psychedelic-assisted psychotherapy.

Without medication, it may take a long time before HIV weakens the immune system enough for the sufferer to develop AIDS and experience any symptoms. Though there is no cure for HIV/AIDS, medication can drastically slow the progression of the disease and help the patient reach an undetectable status where the viral load is as low as possible and patients are able to live their lives normally.

The 1980s and 1990s saw the beginning of an HIV epidemic that caused high rates of illness and death around the world and that hit communities of gay and bisexual men especially hard. While the eventual increased awareness on safe sex and the development and distribution of effective HIV treatment greatly reduced risks associated with the physical aspects of the condition and contributed to a gradual reduction of the stigma around the syndrome, specialists also found a significant legacy of grief, loss, trauma, depression, anxiety and demoralization among HIV/AIDS survivors of that time.

A pilot study on the safety and feasibility of psilocybin-assisted group psychotherapy for demoralized older AIDS survivors was conducted by the University of California San Francisco from July 2017 to January 2019. The researchers recruited 18 long-term HIV/AIDS survivors between the ages of 50 and 66 that identified as gay and were suffering from moderate to severe demoralization.

Demoralization is a psychological reaction to stressors that can progress to the point of becoming a disorder without the existence of a pathologic lesion of the brain. Contrary to major depression, demoralization often presents with sadness that is related to a specific event or circumstance.

In this open label trial, the participants were split into three groups of six, meeting as a group on four occasions before receiving a single dose of 0.30 to 0.36 milligrams of psilocybin per kilogram of the patient’s body weight. The men also received 4-6 more group psychotherapy sessions after being administered the initial psilocybin dose and were monitored for around three months after the experience.

Researchers found what they defined as a “clinically meaningful” decrease in demoralization in the participants. This means that the primary clinical outcome showed a significant reduction in self-reported demoralization by the end of the treatment and at the three month follow up. The findings also showed that psilocybin was well tolerated by this particular group and produced long lasting improvements in mood and existential distress after a single drug treatment.

Are There Any Associated Risks of Using Psychedelic-Assisted Therapy in this Demographic?

While no life-threatening complications were observed from psilocybin exposure, some adverse effects did occur in the study conducted by USCF. Eight men reported moderate to severe anxiety and four other men developed paranoia. One other participant experienced dissociation and engaged in conversation with himself while feeling disconnected from reality. Four men also developed significantly higher than normal blood pressure while eight others experienced moderate elevations in blood pressure. According to the scientists, these side effects were expected.

In most cases, researchers were able to calm the participants that experienced anxiety and high blood pressure by talking soothingly to them. No serious or severe side effects were observed. These findings show that when it comes to psilocybin-assisted therapy for demoralization in HIV/AIDS older survivors, the substance is generally safe and feasible. The side effects are related to psilocybin itself more than the group. However, two patients did experience unusual side effects (PTSD flashbacks and severe anxiety).

What is the Future of Psychedelic-Assisted Therapy in AIDS and HIV+ Patients?

While the current research has demonstrated the feasibility, safety and potential efficacy of psilocybin-assisted group therapy for demoralization in HIV/AIDS patients, the results cannot yet be deemed conclusive due to its small sample size and the fact that all of the participants were older gay men. HIV and AIDS affect people of all age groups, sexual orientations, and genders. Open label studies are also potentially influenced by bias from the participants.

Larger, randomized, placebo-controlled trials need to be conducted in order to confirm the promising initial results. However, these results do open a door for future research on the efficacy of psychedelic-assisted group therapy in other populations that also experience forms of particularly stigmatized demoralization.