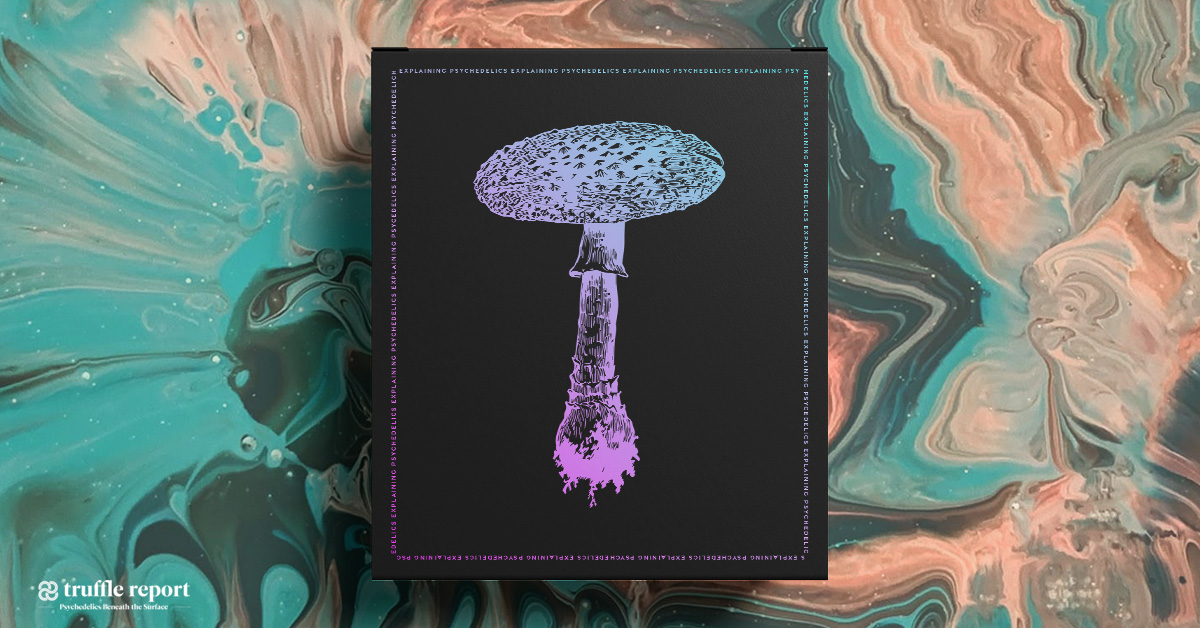 Last week, Truffle Report provided you with more relevant definitions that often appear in psychedelic research and culture. We realize that understanding and demystifying these terms is half the battle. This week, we’re bringing you the third installment of our Explaining Psychedelics series.

You’ll often come across the phrase Section 56 exemption when reading about psychedelic-assisted therapy in Canada. What does it mean? Well, this is a section of the Canadian Controlled Drugs and Substances Act (CDSA) that allows the Minister of Health to grant specific exemptions from the Act “where the exemption is essential for a medical or scientific purpose or is otherwise in the public interest”.

Four Canadians with terminal cancer received Section 56 exemptions on August 4, 2020, allowing them to legally access psilocybin-assisted therapy. Since then, the same exemption has been granted to dozens of others, along with some non-palliative Canadians, as well as healthcare professionals in training.

According to the FDA, Breakthrough Therapy designation is a process that expedites the development and approval of drugs that are intended to treat a serious condition, and for which preliminary clinical evidence suggests that the treatment may show significant improvement over existing therapy on clinically relevant endpoints. A clinically meaningful endpoint, for the purposes of Breakthrough Therapy designation, is one that measures an effect on irreversible morbidity or mortality (IMM) or symptoms that represent major disease consequences.

Another term that comes up frequently when explaining psychedelics — particularly in experiments or use involved with religious or cultural rituals such as ayahuasca ceremonies — is the term Mystical Experience Questionnaire, or MEQ. This is a self-reported psychological survey, created in the 60s by Walter Pahnke and William Richards. It is used to determine whether a participant in a psychedelic drug trial has had a mystical experience or not.

It aims to measure seven aspects of a mystical experience on a range of one to five: internal unity; external unity; transcendence of time and space; ineffability and paradoxicality; a sense of sacredness; the noetic quality; and a deeply felt positive mood. Since the 60s, several revised versions of the MEQ have been created.

Head-Twitch Response or HTR is a term commonly seen in research involving rodents. This is used to determine whether the substance has triggered hallucinogenic effects in the animals. But what is the HTR exactly? The head-twitch response is a rapid side-to-side head movement that happens in mice and rats after the serotonin 5-HT2A receptor has been activated. The prefrontal cortex of the brain could be the neurophysiological site where the HTR is mediated. Many serotonergic hallucinogens trigger the head-twitch response, which is why the HTR is used as a behavioural model of hallucinogen effects.

Additionally, several drugs that do not act through 5-HT2 receptors, such as cannabinoid receptor antagonists, can produce head twitch reactions. Similarly, some compounds can also produce head twitch and stimulate serotonin receptors but are not hallucinogenic in humans. This means that while the HTR can be a useful indicator as to whether a compound triggers hallucinations in humans, it does not necessarily mean that the substance is hallucinogenic.

Perhaps one of the most common terms we hear when explaining psychedelics is dissociation. Certain psychedelic substances trigger dissociative states, and might cause some psychedelic users to experience a sort of epiphany through dissociation. While the word is pretty descriptive in and of itself, what does dissociation mean exactly? And how does it connect to psychedelics?

Could Psilocybin Ease the Pain of SUNHA Headaches?

Dissociation is a mental state in which a person loses touch with their thoughts, feelings, memories, or sense of self. People who have been through a traumatic experience often experience dissociation during the event or in the hours, days, or weeks that follow. For example, the experience may appear ‘unreal,’ or the person may feel detached from what is happening around them as if they were watching it from a distance. While dissociation can be a symptom of mental illness in the case of some dissociative disorders, certain psychedelic substances can also cause dissociation.

Dissociative drugs can produce visual and auditory abnormalities, as well as a feeling of floating and a sense of being disconnected from reality. Other effects include anxiety, memory loss, and poor motor function, including bodily tremors and numbness. These effects, which vary depending on the dosage, are often unpredictable, usually starting minutes after ingestion and lasting up to several hours. Some users claim to experience the effects for days. A well-known dissociative anesthetic often referred to as a psychedelic is ketamine.

In short, tryptamines are a diverse group of 5HT2A agonist compounds. The neurotransmitter serotonin, as well as psychedelics such as psilocybin, LSD, and DMT, are tryptamines. Hallucinations are the most common clinical result of tryptamine exposure, which are caused by agonism at the 5HT2A and 5HT1A receptors. Tryptamines are metabolized by a number of pathways including monoamine oxidase, limiting the oral bioavailability of some compounds. DMT is an example of a naturally occurring tryptamine.

Recreational synthetic tryptamines such as 5-methoxy-diisopropyltrptamine (5-MeO-DiPT, Foxy methoxy) and newer substances (AET, 4-HO-MET, 4-Acetoxy-DMT, and 5-Meo-DMT) have been linked to agitation, tachyarrhythmias, hyperpyrexia, and even death.

Symbiotic bacteria in the human gut convert dietary tryptophan to tryptamine, which stimulates 5-HT4 receptors and controls gastrointestinal mobility. Multiple tryptamine-derived drugs have been developed to treat conditions such as migraines. Trace amine-associated receptors are being studied as a potential treatment target for neuropsychiatric and immunomodulatory disorders.