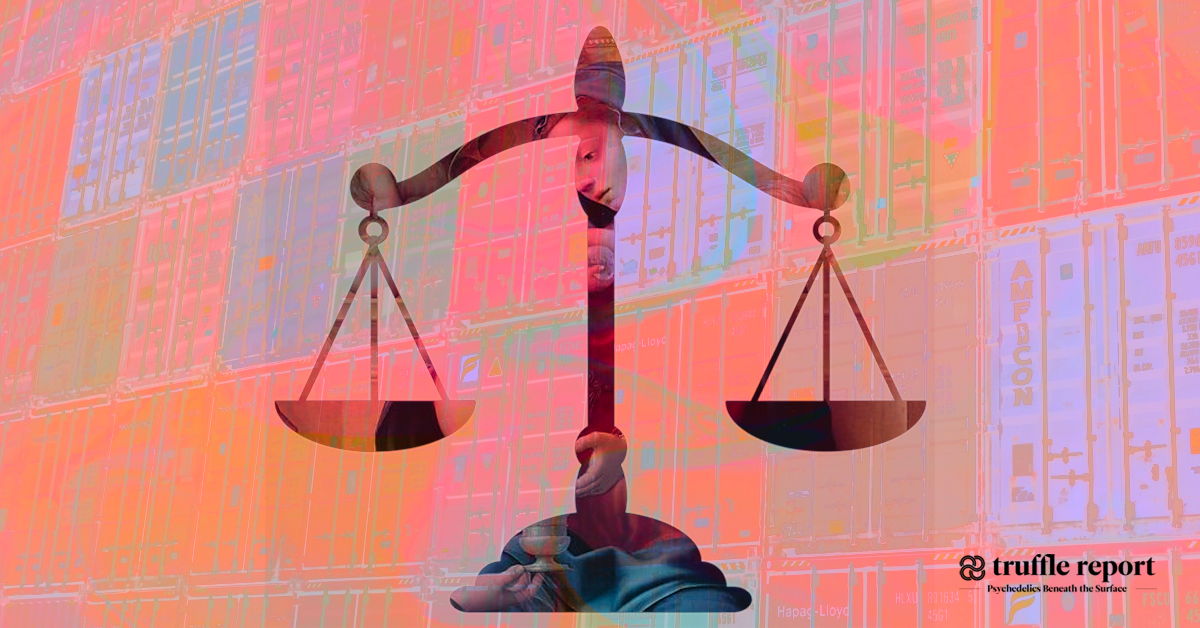 A Manitoba church became the sixth religious institution in Canada to receive a government exemption for the legal import and consumption of the psychedelic substance ayahuasca, Vice News reported in September.

The latest exemption adds to the growing number of legally recognized psychedelic religious institutions in Canada, making Winnipeg’s Centre for Universal Illumination Luz Divina church the sixth of its kind. This special exemption allows the groups to legally consume ayahuasca brew in the form of Daime tea, a hallucinogen, and practice their sacraments without fear of interference from law enforcement. The other five churches are located in Quebec and Ontario with Ceu do Montreal being the first religious institution to receive a federal exemption for ayahuasca ceremonies in 2017.

Winnipeg’s Centre for Universal Illumination Luz Divina was granted an exemption for religious purposes under Section 56 of the Controlled Drugs and Substance Act (CDSA). The Ministry of Health and Health Canada weighs a collection of complicated and often competing factors to determine an exemption, Jeffrey Merk told Truffle Report. Merk is a lawyer with Aird & Berlis LLP, who is actively working with clients in the psychedelics industry.

“Key factors in the determination would include balancing the health and safety of Canadians with a respect for the religious freedoms of this group that are protected by the Canadian Charter of Rights and Freedoms”, Merk wrote in an email response.

Health Canada Exemptions: A Look at the Religious Movement

Section 56 of the CDSA provides the Minister of Health with the discretionary power to exempt any person or group of persons from all or some of the provisions of the CDSA. The exemption is often based on medical or scientific grounds, or is otherwise in the public interest, such as religious freedom.

“It is this ‘public interest’ exemption that was relied upon by the Minister of Health to grant the Section 56 exemption to allow the Winnipeg church and other religious institutions to legally import and use ayahuasca in certain limited circumstances”, Merk explained.

While psychedelics are prohibited under the CDSA, it’s hard to determine the factors considered or the time a petition would require to receive and exemption from the law following a comprehensive assessment. In one instance, a biotech company, Havn Life Sciences, was granted an allowance to experiment with psilocybin for medical purposes in August 2020. A similar grant application by British Columbia scientists was denied in March 2020, citing a lack of sufficient evidence in the study.

Merk adds that the CDSA restrictions on psychedelics can be exempted at the discretion of the Minister of Health through broader consideration under Section 56 on medical, scientific, or public interests grounds.

He went on to say that in the future, “if a meaningful proportion of Canadian voters can persuade enough politicians to make changes to Canadian laws on psychedelics, existing laws on the psychedelics could be amended or new laws could be created to address these changes.”

These exemptions are not only limited to research, or religious bodies such as those practicing Santo Daime.

This past August, Health Canada allowed four cancer patients to undergo a psychedelic-assisted psychotherapy treatment for the first time since psilocybin was banned under the Drugs and Substances Act in 1974. Health Canada has been reviewing every request carefully and has been considering potential risks and benefits to the petitioner’s health, the ministry spokesperson told the Marijuana Moment. It also added that the ministry expects to receive more exemption requests in the future.

Despite the ongoing prohibition of psychedelics, Health Canada’s frequent federal exemptions on ayahuasca and other forms of psychedelics in recent years are making the case for petitioners stronger. This is paving an easier road for researchers in the field, as many advocate for the decriminalization of psychedelic substances in Canada.

The federal government is also set to provide an answer to the nearly fifteen thousand people who signed a petition demanding that legislators “immediately discontinue enforcement of statutes or regulations that prohibit or impose onerous restrictions on informed adult use, growing, or sharing of any plant or fungi, where an established record of traditional use exists.” The petition aims to be an ‘educational vehicle’ for scientists, Trevor Millar, board chair of the Canadian branch of the Multidisciplinary Association for Psychedelic Studies, or MAPS, told Marijuana Moment.

As the number of religious and scientific groups continues to grow in exemptions, with ongoing research studies demonstrating positive outcomes, investors have started to see a potential market emerging. Interest in the historical benefits of psychedelics and psychiatric studies in treating issues like mental illness, PTSD, and substance abuse has been revived. Marketers and financiers have started to push for decriminalization of psychedelics as an avenue for treatment more firmly since cannabis legalization in 2018. Moreover, the growing dialogue around mental health has acted as a catalyst to the movement.

With mental illness-related taboos wearing out in society, many have started to embrace the idea of being treated by psychedelics. Over the years, several studies have successfully demonstrated that psychedelics (in the form of microdosing) can help in eliminating the emotional impact of traumatic memories. A study called Nourishing the Spirit, published in 2017, also claimed that the use of ayahuasca can help cure mental health issues such as eating disorders.

Future of Psychedelic Industry in Canada

While both cannabis and psychedelics are regulated under the same federal law: The Controlled Drugs and Substances Act  (CDSA), most researchers and investors are not vying for recreational use.

“At this stage, I think that a discussion of decriminalization of psychedelics (for recreational purposes) is premature,” says Merk, adding that for the foreseeable future, permitted uses of psychedelics will be limited to medicinal, scientific and religious contexts.

Under current jurisdictions, Canadian laws on psychedelics will include more complicated legal and regulatory regimes than those seen with cannabis. The main legal limitation to decriminalization is Canada’s obligation as a signatory to three UN Conventions on international drug control.

However, the decriminalization of cannabis in Canada, which was also a part of the UN conventions, can act as precedent, making the case stronger for psychedelics.

Merk commented that although tremendous progress in psychedelics has been made by those who have dedicated their careers and life’s work to the cause, Canada is still at the very beginning of its journey in bringing the benefits of psychedelics to society as a whole.

In other words, progress in the research supporting the medicinal and therapeutic benefits, alongside incremental changes to Canadian laws, could help society enjoy the advantages of psychedelic plant medicines like ayahuasca in the long run.