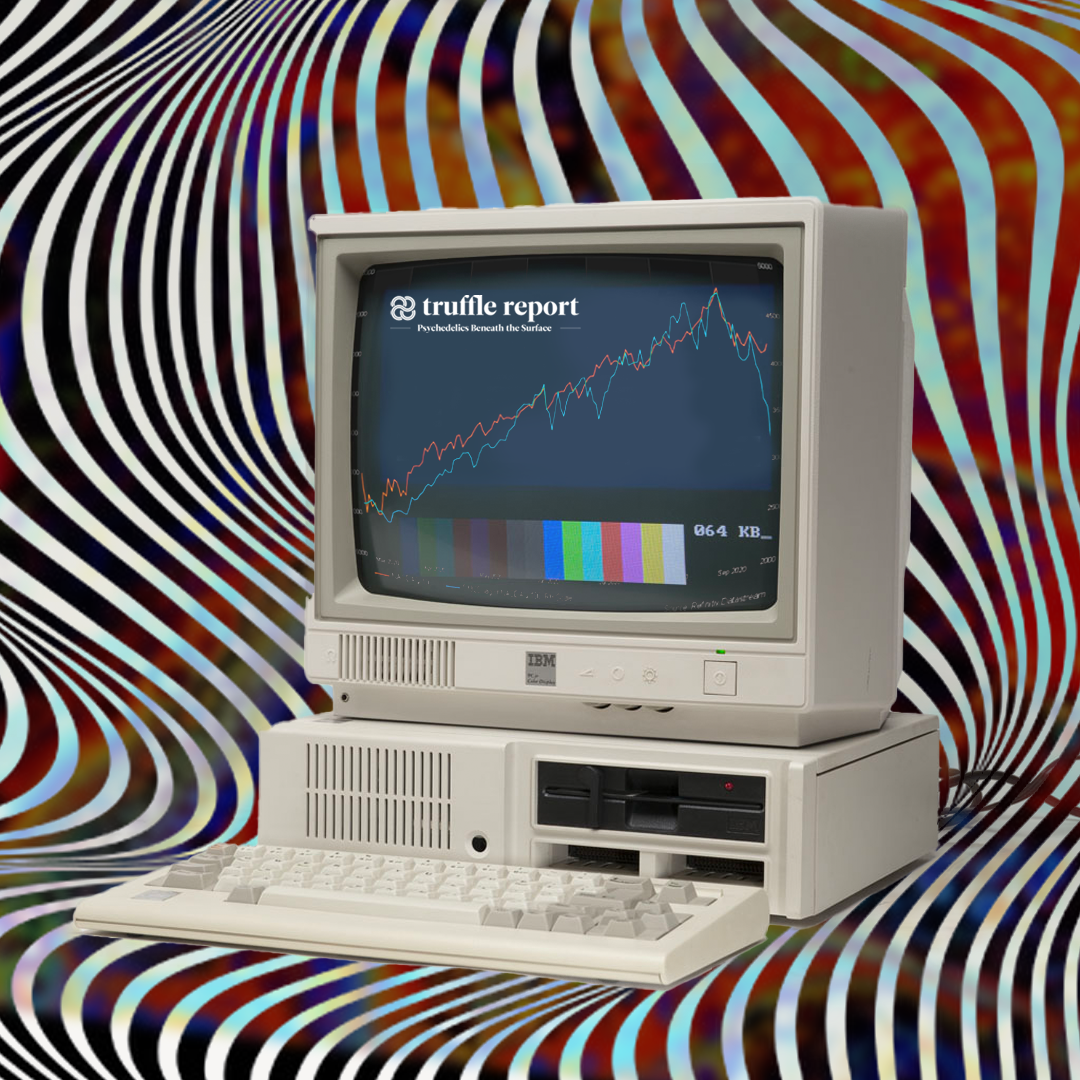 CEO Patrick Moher opened the event by announcing that Microdose has successfully completed its private placement and is now “fully funded as a private company and ready to scale up.”

Truffle Report attended the Supply Chain panel, looking for insights into how the demand for psychedelic substances for research purposes is currently being met. Company presentations were also given by Mycrodose Therapeutics, Levitee Labs, and Entheo Digital, with an additional mixed panel on drug delivery.

Hosting the Supply Chain panel was Richard Skaife of the Conscious Fund. Present for the discussion were Nadia Van der Heyden, Director of Sales and Marketing at Psygen Labs, and Nicholas Kadysh, President of PharmAla Biotech. Both companies are licensed manufacturers of psychedelic compounds.

“I think this is possibly going to be one of the most interesting panels that we’ve ever done here at PsyCap,” Skaife began, “because we’re actually going to delve quite deep into the psychedelic medicine supply chain. And when I talk about the psychedelic medicine supply chain I’m not talking about visiting the Silk Road, buying yourself some Bitcoin, and acquiring yourself some psychedelics, we’re of course talking about vitally important medicines.”

After the introductions, Skaife proposed a hypothetical situation, saying “I’ve written my business plan. I’ve raised my seed round. I’m gonna send you a purchase order. I’d like to receive my MDMA for my work which starts in two weeks. How easy is that going to be for you?”

Van der Heyden answered bluntly. “If you’ve waited for two weeks before you need to start your project, you are not going to be happy with my answer. Right now I think there is a huge bottleneck and the industry is moving faster than the manufacturing infrastructure is. We’re just not there yet. Yes, we are constructing our lab, but if you came to me and wanted it in two weeks, you’re gonna have to wait till 2022.”

“Not only that,” she continued, “but you’re going to have to get on a waitlist because the demand is huge. It’s very huge, certainly for psilocybin, and I have about 15 active clients with executed supply agreements right now, I have 35 clients on the go that I’m working with and I have 89 deals in the pipeline. That is how busy we are right now and we haven’t even built the lab yet.”

Responding to another inquiry by Skaife on the condition of the current market, Kadysh added that “I think it’s useful, from this beginning of the beginning, to tell you first how this would work if this was traditional pharma. I think there are very significant structural differences between psychedelics and what this would look like if there was just like novel drug development. In novel drug development, you first start by creating a brand new molecule and patenting it, and nobody else would have that molecule. And then you would go to somebody like Nadia and say ‘here’s the blueprint. Make it for me.’ The difference here is we have a whole bunch of companies who are functionally wanting to research different applications of well known generic molecules that nobody has a hold on, but they’re also controlled substances, which means that they’re hard to make, and those traditional API manufacturers don’t want to make them.”

“We’re (PharmAla) obviously very limited,” Kadysh continued, “in that we’re only focusing on one class of psychedelic molecules. I think if you wanted MDMA specifically I could probably get you some by end of year, but If you said that I want MDMA in two weeks, GMP, clinical-grade MDMA, which is appropriate for human use with all the documentation attached, all the regulatory stuff, that’s not possible. There’s no one who could fulfill that demand in two weeks.”

Moving on, Skaife asked, “So when we talk about the sort of people who are going to be working with your company, what do your customers look like?”

Van der Heyden was first to respond. “So I typically have three different types of customers. The overwhelming majority of them are drug development companies for profit companies. They’re looking to bring a drug straight through the clinical pathway from preclinical all the way through to market authorization. I also have a really great group of academic researchers. These are people at universities that just want to do a small study. Sometimes it’s with animals, hopefully with humans in the near future and they just want to write a thesis or a published paper on it. They’re not actually trying to bring a profitable drug to market. I love working with those groups. We offer academic pricing because we want to support this research, it benefits all of us. The last group that we work with are the nonprofit special access programs, people that are getting, in Canada, Section 56 exemptions for individual patients. We are working closely with a few groups in that space and always try to support them with as much material as we can get them.”

Responding to a question on the price of MDMA for Skaife’s hypothetical startup, Kadysh said “I’m not going to put Nadia out and I’m not going to put myself out. Very luckily for us at the Microdose MDMA Masterclass, Doctor Ben Sessa had a chance to speak and he told us how much his company — Awakn — is paying per gram for MDMA today. This is GMP, clinical-grade MDMA and he indicated that they’re paying $9000 USD per grant. So there is a benchmark price for you just to put that into context.”