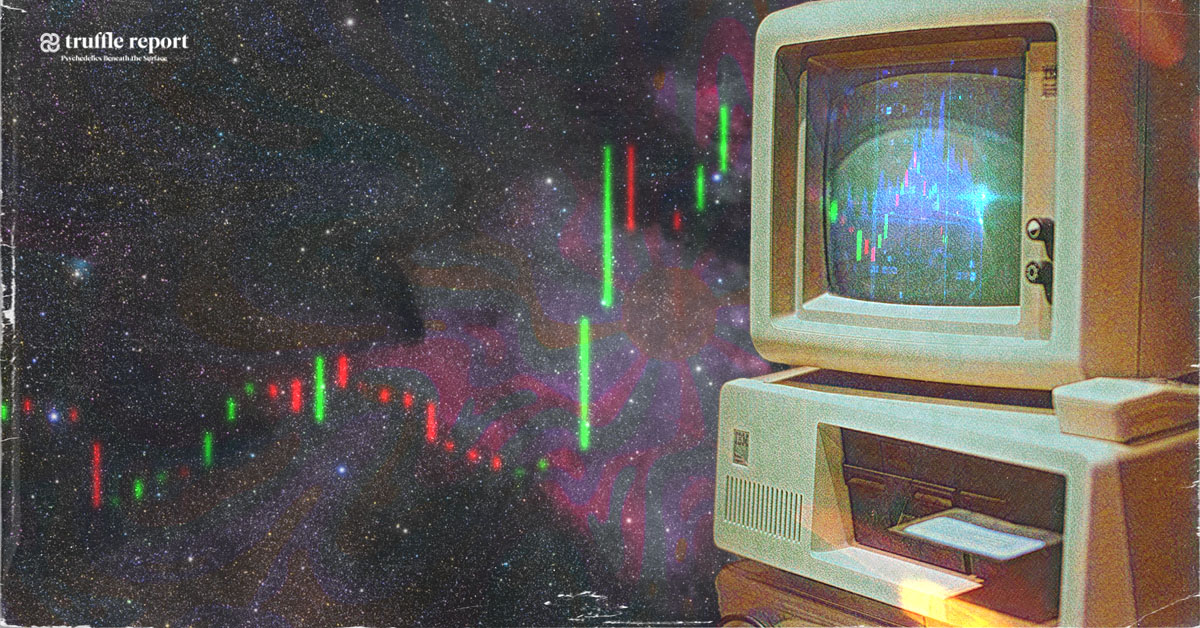 Hosts Patrick Moher, President of Microdose, and Richard Skaife of the Conscious Fund kicked off this month’s Psychedelic Capital event by discussing new events being lined up by the Microdose team. Next week, Microdose will officially announce their new European conference and provide information about Wonderland, Miami 2022.

This month, Truffle Report attended the Public vs. Private Markets panel, which explored the investment surge in psychedelics, growing public support for change in mental health conditions, the regulatory landscape for psychedelic therapies, and challenges faced by public companies and private financing in the psychedelics space.

“Most of the psychedelics companies today, I would say about 80 to 90 percent of the companies in the psychedelic space, are competing for intellectual property around the same compounds, whether it’s psilocybin, MDMA, LSD, etc. But the majority of those compounds have pretty harmful side effects for a substantial amount of the population that we think are going to be limiting in terms of getting these drugs to the FDA clinical trials. Even if they do make it through FDA clinical trials, we think that it’s going to be a pretty small market. The overall global market for psychedelic-assisted therapy, from clinically approved drugs to the FDA clinical trials, is probably, by the year 2030, not going to be more than $1 billion,” said King.

While Irwin agreed with King’s statement, he also stressed there is not a clear date for when society will have access to psychedelics both plant-based psychedelic substances and other synthetic psychedelic drugs and what they will be legalized for in particular, unlike ketamine.

“It’s like ketamine comes to the rescue already approved by the FDA for depression, but off-label used for IV ketamine for anything a doctor wants to prescribe. So that’s where we’re going to lean in, and we see the ketamine market between now and 2030 actually beginning to become the default go-to treatment. We see it being significantly larger than a billion dollars,” said Irwin.

Responding to a question by Skaife about what might be driving different behaviours in the psychedelics industry, either misplaced value in the company or investor behaviour, O’Hara responded that it’s both.

“We’re at the beginning of the new industry, and when that happens, there’s a lot of snake oil salesmen that come out to the masses,” said O’Hara. “A lot of times the investor base is retail oriented, and they’re not as sophisticated as we evolve into biotech, drug development companies that understand the way these companies evolve. When you’re looking for something that’s going to go higher all the time, well good luck, you want to see the news all the time, you want to see something that is driving your interest. But drug development companies don’t work like that. They wait a long time in between trial results and phase results, and then it’s good or bad, and it’s binary a lot of times. You have to have a certain risk for that and knowledge.”

“Depending on what these private companies are catering to, they’re still able to raise substantial amounts of private capital,” said King. “There are two routes for public transactions. You have one route, which is a NASDAQ IPO, a higher quality, higher caliber management team and more rigorous science-oriented companies. Then you have a lot of companies that are going for Canadian RTO, and those tend to be kind of lower quality  management teams and lower quality scientific elements, and those are often retail bundles.”

“The COMPASS Pathways Phase IIb results, although they were good, and it’s important to note that the phase two results did indicate that psilocybin is more effective for people and that it’s more effective than any antidepressant drug that currently exists in the market. However, there is that issue that 10 percent of the people that take any serotonergic psychedelic drug whether it’s LSD, psilocybin, mescaline, DMT, or 2-CB, because of either underlying psychological trauma or other extenuating circumstances are at high risk of having a bad trip. As a drug development company, it’s very difficult to get through FDA clinical trials and get the drug to market and have a large enough market to support the sales of that drug if 10 percent of the people that take it are going to be at increased risk of exacerbated symptoms of what they’re actually looking for treatment for,” he continued.

“The real prize here is the global antidepressant market, which is predominantly SSRIs and benzodiazepines, which are as much as a 15 to $25 billion annual spent. I think the recreational market can be a similar size, but in terms of getting these into the hands of the most people the quickest, it’s going to be through a clinical route, it’s going to have to displace the existing standard of care. What we’re seeing from these early clinical trials that are being conducted by companies. It’s not quite ready for primetime. It’s not likely that these drugs are going to displace the current standard of care,” explained King.