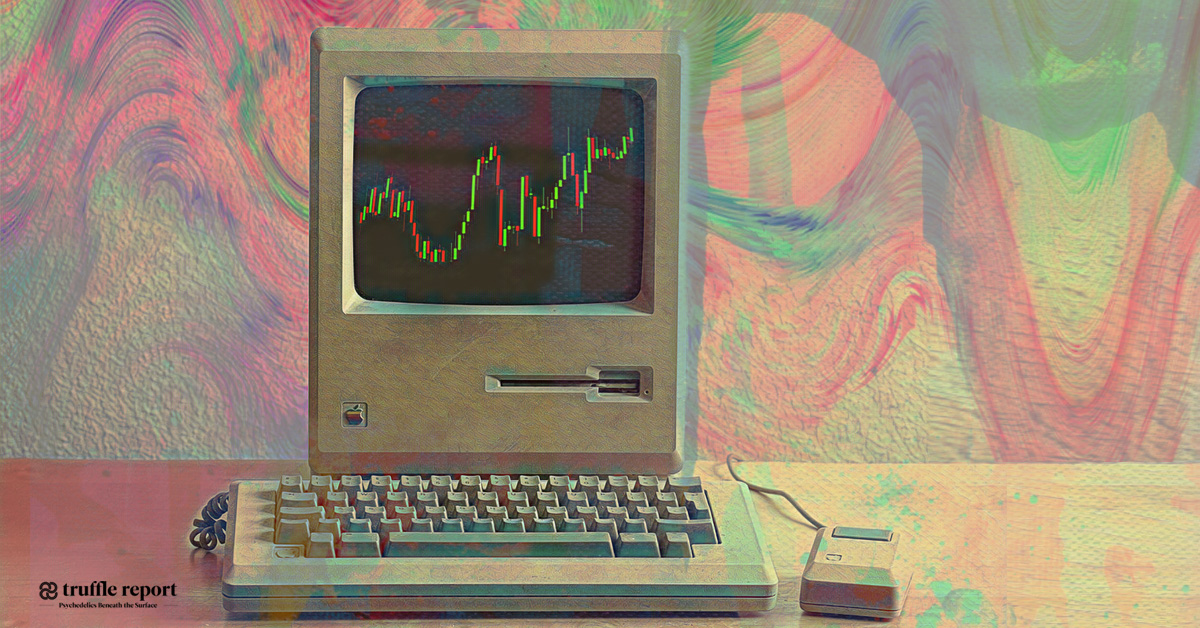 Microdose held the latest installment of its Psychedelic Capital event series on September 30th. Hosts Patrick Moher, CEO of Microdose, and Richard Skaife of the Conscious Fund kicked off the event by reminding attendees of the upcoming Wonderland Miami event on November 8. This month’s virtual conference featured panels by Entheon Biomedical, Levitee Labs, and TheraPsil, as well as an additional industry panel on Women in Psychedelics. Truffle Report attended the Novel Psychedelic Molecules Panel, which explored the challenges of creating new psychedelic compounds, and tried to imagine just what the market might look like down the road.

Issues of intellectual property in psychedelics are a key feature of our reporting here at Truffle. While current research extolls the potential utility of molecules such as psilocybin, LSD, and MDMA in mental health, the development and success of novel psychedelic molecules and intellectual property will be key factor in the industry’s overall viability. It could also be a sore point for many who feel they stand to lose out if traditional knowledge is unfairly co-opted.

Moderating this panel was Brom Rector, host of psychedelic podcast The Integration Conversation. Rector was joined by Josh Blacher of Bright Minds Biosciences, as well as James Lanthier and Joseph Araujo of MindSet Pharma.

Blacher describes Bright Minds Biosciences as ”a very science heavy company that is focused on developing novel, transformative treatments for neuropsychiatric disorders, epilepsy, and pain. We specifically are moving very quickly in IND, enabling toxicology studies with our lead asset BMB101 for the treatment of Dravet syndrome.” Dravet is a rare, drug-resistant form of epilepsy that typically manifests in infants. “On a corporate level, we are publicly traded in Canada with aspirations to be traded on NASDAQ. We have about $25 million in cash and the objective right now is really to bring important therapies to market as quickly as possible.”

Lantheir introduced MindSet as “a biotechnology company that’s a bit over two years old. We’ve been exclusively focused since our founding on discovering and developing next generation psychedelic drugs. Essentially, we’re employing the standard biotechnology tools of medicinal chemistry and behavioral pharmacology to create new drugs and to take these really powerful known psychedelics and try to turn them into medications that are going to work well for the biggest possible population groups. We’re trying to create drugs that are going to be safer and more predictable and potentially have a more convenient duration.”

Lantheir continued that “at this point we’ve identified four different families of next generation drugs that we think each offer some potential areas of improvement over the original drug. Very simply, we started with new chemical structures that were similar to psilocybin. Then we developed more structures that were more different than psilocybin, and then we expanded and took some of what we learned from those first three families and we applied it to DMT and 5-MeO-DMT, but this is really just the beginning for us. We’ve got another 20 to 25 patent applications that we expect to file on some less well-known psychedelic drugs.”

Rector inquired if MindSet would be utilizing these novel psychedelic molecules to pursue mental health indications similar to the rest of the budding psychedelics industry.

The panellists were then asked why a researcher would pick a novel molecule with less data behind it than, say, psilocybin, a well-researched compound with proven benefits for conditions such as depression?

Araujo answered on behalf of MindSet, saying, “I think there’s a lot of lessons to be learned from past drug development. Things like the cannabis market. I think when you take a known molecule, we see it really moving towards a generic drug space fairly quickly. You know some folks might be able to get some regulatory exclusivity for for a limited amount of time, but there’s nothing really stopping others from going into the space. I think when you get beyond the regulatory hurdles, a lot of the rationale will be sort of patient-centric and driven by the individual. One could envision that maybe somebody doesn’t want to do six to eight hours in a clinical psychedelic experience, and maybe then they’ll want the benefit of something that’s much quicker. Or maybe potentially their disease or or their wellness might be better served through a lower dose non-hallucinogenic approach with repeated dosing. While there’s a lot of data,it’s still really early to understand how these drugs are going to be best used.”

He added that, “What we know in the psychiatric space today is that people react differently to different compounds. There’s room for a personalized or tailored approach for different individuals, and I think that’s where the new molecules will enjoy the biggest benefit.”

“To be clear,” Lanthier responded, “I think there’s room for both. There is today, a very vocal passionate community that is in favour of the biological product; the whole mushroom. You’ll find some folks with very strong viewpoints and I understand where that is coming from. We come at this from the medical and the medicinal chemistry side, so we do think that ultimately you know these synthetic, optimized versions are going to have a much easier time of making it through the regulatory process. We can all see there’s you know there’s growing acceptance of of magic mushrooms in a way that I don’t think we could have predicted a few years ago, and I think that’s that’s great, but I think that as far as the medical market goes, this synthetic version is going to offer is is going to have some some potential areas of superiority over the original drug, and the large majority of that is going to be the next generation drugs. It’s hard to see how it could be any other way to be honest.”