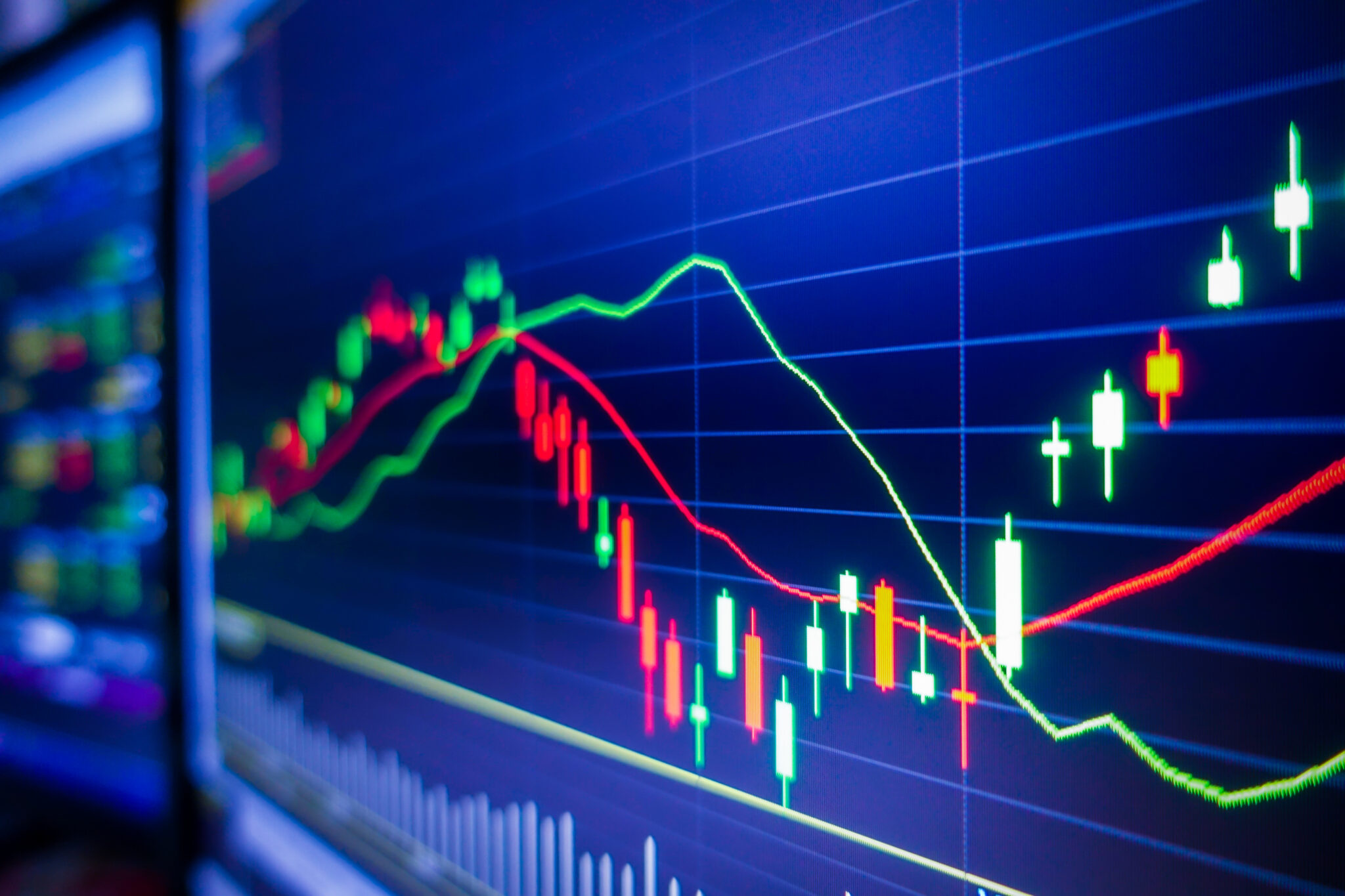 Truffle Report has compiled a roundup of major psychedelic business and investment news from September 7-10, making it easier for you to access these insights in one place.

On September 10, COMPASS Pathways plc announced that it has engaged Hamilton Morris, the research scientist and film-maker, as a full-time consultant, to work primarily at the COMPASS Discovery Center, based at University of the Sciences in Philadelphia. Mr Morris will be advising COMPASS on research related to new psychedelic compounds that could be developed into therapies in areas of unmet mental health need.

Hamilton Morris is the creator and director of the documentary series Hamilton’s Pharmacopeia, in which he investigates the chemistry, history, and cultural impact of various psychoactive drugs. He also carries out chemistry research at USciences, alongside the COMPASS Discovery Center team there, led by Dr Jason Wallach, Assistant Professor of Pharmaceutical Sciences at USciences.

On September 09, Field Trip Health Ltd. announced that the lead indications for FT-104, its novel psychedelic compound in development, will be Treatment Resistant Depression and Postpartum Depression. Field Trip today also announced that Anita H. Clayton, MD, Chair of Psychiatry and Neurobehavioral Sciences at the School of Medicine at the University of Virginia, has joined its Scientific Advisory board.

Through its drug development division, Field Trip is developing next-generation psychedelic molecules. Its first molecule in development, FT-104, a prodrug, is a synthetic serotonin-2A (5HT2A) agonist whose active component has serotonin-2A potency similar to psilocybin. The active component of FT-104 is expected to produce a reliably shorter duration of psychoactivity (2-3 hours) than psilocybin, and has high bioavailability after administration.

On September 7,  Mydecine Innovations Group announced it has partnered with Principal Investigator Dr. Matthew Johnson of Johns Hopkins University on a study evaluating the administration of MYCO-001 with a structured smoking cessation treatment program in nicotine dependent individuals.

The planned placebo-controlled study, based with the Johns Hopkins psychedelic research group, will study the science and efficacy of MYCO-001 to treat nicotine dependence. Dr. Matthew Johnson, a globally recognized leader in this field who has published extensively on the science of psychedelics, has been contracted by Mydecine to complete this phase 2/3 clinical trial of his ongoing research and develop methodologies to better advance future-controlled studies and clinical trials of psychedelics. The proposed study is projected to launch in Q1 2022 and will be looking at primary endpoints of three and six months. This study could be completed as early as Q4 2022.

On September 9, Novamind Inc. announced that, effective that day, its common shares had been approved for trading under the ticker symbol “NVMDF” on the OTCQB® Venture Market, a U.S. trading platform operated by the OTC Markets Group.

“Listing on the OTCQB is an important achievement for Novamind,” said Yaron Conforti, Chief Executive Officer and Director. “We’re rapidly scaling access to psychedelic-assisted psychotherapy and other innovative mental healthcare treatments through our growing network of clinics and research sites. With this listing, we look forward to expanding Novamind’s presence in the U.S. and deepening our relationships with a broad base of institutional and retail investors.”

On September 07, Algernon Pharmaceuticals Inc., a clinical stage pharmaceutical development company, is pleased to announce that it has confirmed in its own preclinical study, that AP-188 (“N,N-Dimethyltryptamine or “DMT”), increased the growth of cortical neurons by 40% with statistical significance in one arm of the study, when compared to control. Algernon also reports that the increased growth was achieved with a sub hallucinogenic dose.

Professor David Olson of the University of California, Davis was the first to investigate the decoupling of DMT’s psychedelic effects from its therapeutic effects in an in vitro study and Algernon has now validated this important discovery with its own in vitro study conducted by Charles River Laboratories.

This initial data set is from the first part of Algernon’s in vitro experiments, and was designed to provide information on the dose and duration of infusion needed to achieve maximal cortical neurite outgrowth as well as the underlying mechanism of the drug’s action. The second data set from the study will focus on the duration of treatment time ranging from 1 hour to 72 hours and is expected to be completed by the end of October 2021.

On September 8, Psyched Wellness Ltd. announced the commencement of the next preclinical trial study on its Amanita Muscaria Extract (AME-1). The trial will comprise a neurobehavioral study focusing on determining the neurotoxicity effects of AME-1 on functional and motor activity, and in conjunction with the other toxicity studies, will provide scientific evidence for the efficacy and safety of AME-1. The study will involve non-invasive observational measures assessing neurological, motor and functional integrity, which are critical indicators to measuring neural function.

Brian Tancowny, Scientific Advisor to Psyched Wellness, stated: “This study is another key step in understanding the effects of (AME-1), in pursuit of a safe dosing regimen for human consumption. The results of this study will further enhance the Company’s knowledge of AME-1 and further identify in a scientific setting any behavioral and neurological functional changes with the use of AME-1.”

Jeff Stevens, CEO of Psyched, said: “This preclinical trial study moves the Company closer to being able to market our products in 2022 which are aimed at helping relaxation, stress relief, and better sleep. Psyched will be the first company to complete the extensive scientific trials on Amanita Muscaria in order to position AME-1 as the first extract of the fungi that is legal for human consumption in the health and wellness markets.”

On September 7, Filament Health Corp. announced that it received notification from the Financial Regulatory Authority (FINRA) that its shares are qualified to commence trading on the OTC Pink Market in the United States under the symbol “FLHLF”. Filament has also submitted an application for uplisting shares to the OTCQB® Venture Market.

Filament also applied to the Depository Trust Company for DTC eligibility, which would greatly simplify the process of trading common shares. DTC is a subsidiary of the Depository Trust & Clearing Corporation and manages the electronic clearing and settlement of publicly traded companies. Filament will continue to trade on the NEO Exchange under its existing symbol “FH”.

“We are pleased to have initiated our listing process on the OTCQB,” said Chief Executive Officer, Benjamin Lightburn. “This listing will enhance our visibility and allow Filament’s common shares to be more available to a broad range of institutional and retail investors in the United States.”

On September 09, Wesana Health Holdings Inc. announced the closing of its acquisition of Psychedelitech Inc., also known as PsyTech.

“The team at PsyTech has developed a leading platform for the treatment of neurological health that significantly accelerates Wesana’s technical capabilities and go-to-market strategy,” commented Daniel Carcillo, Chief Executive Officer of Wesana Health. “With the closing of this acquisition and having the additional bench strength of the PsyTech team, we are one large step closer to accomplishing our goal of improving neurological health and performance of patients across the United States.”

On September 08, CaaMTech, Inc. announced the completion of a $22 million Series A financing round, led by Noetic Fund. The oversubscribed round of funding will be deployed to support CaaMTech’s industry-leading cross-disciplinary science program, expand the company’s leadership team, and advance its foremost drug development candidates into human trials.

“This Series A investment further substantiates our hypothesis that the future of the psychedelics industry depends on the strength of its foundation,” said CaaMTech founder and CEO, Dr. Andrew Chadeayne. “Now that we have built that foundation, we are grateful to partner with Noetic for the next steps. Their industry leadership and experienced team make Noetic the optimal partner to help shepherd these drugs to the patients who need them most.”

On September 7, Mindset Pharma Inc announced that it has developed first-in-class studies to enable the Company to confirm the psychedelic effect of its novel compounds with greater accuracy.

In partnership with InterVivo Solutions, Mindset has trained rats to discriminate psilocybin effects from saline via oral and subcutaneous dosing, which to the Company’s knowledge is a first in the psychedelics field of research. By training animals to discriminate psilocybin from saline, Mindset can better determine if they are “experiencing” psilocybin-like effects when administered the Company’s proprietary compounds. Mindset will have an exceptionally strong indicator confirming the efficacy, safety, and duration of its novel proprietary psychedelic drug candidates, and will be able to support its lead compounds as they progress towards clinical trials.

On September 7, Nova Mentis Life Science Corp. announced that it is expanding its psilocybin research and development program to target obesity and diabetes.

NOVA recently finished three successful preclinical psilocybin treatments of rats with symptoms of autism spectrum disorder. Besides amelioration of anxiety and cognition issues in the ASD rats, as compared to controls, without significant psychedelic side effects, NOVA’s collaborative partners uncovered additional significant findings regarding inflammatory cytokines and chemokines, including their response to certain psilocybin dosing. These exciting unsuspected findings strongly suggest that NOVA’s proprietary psilocybin formulation has potential application to treatment of obesity, as well as diabetes related to obesity.