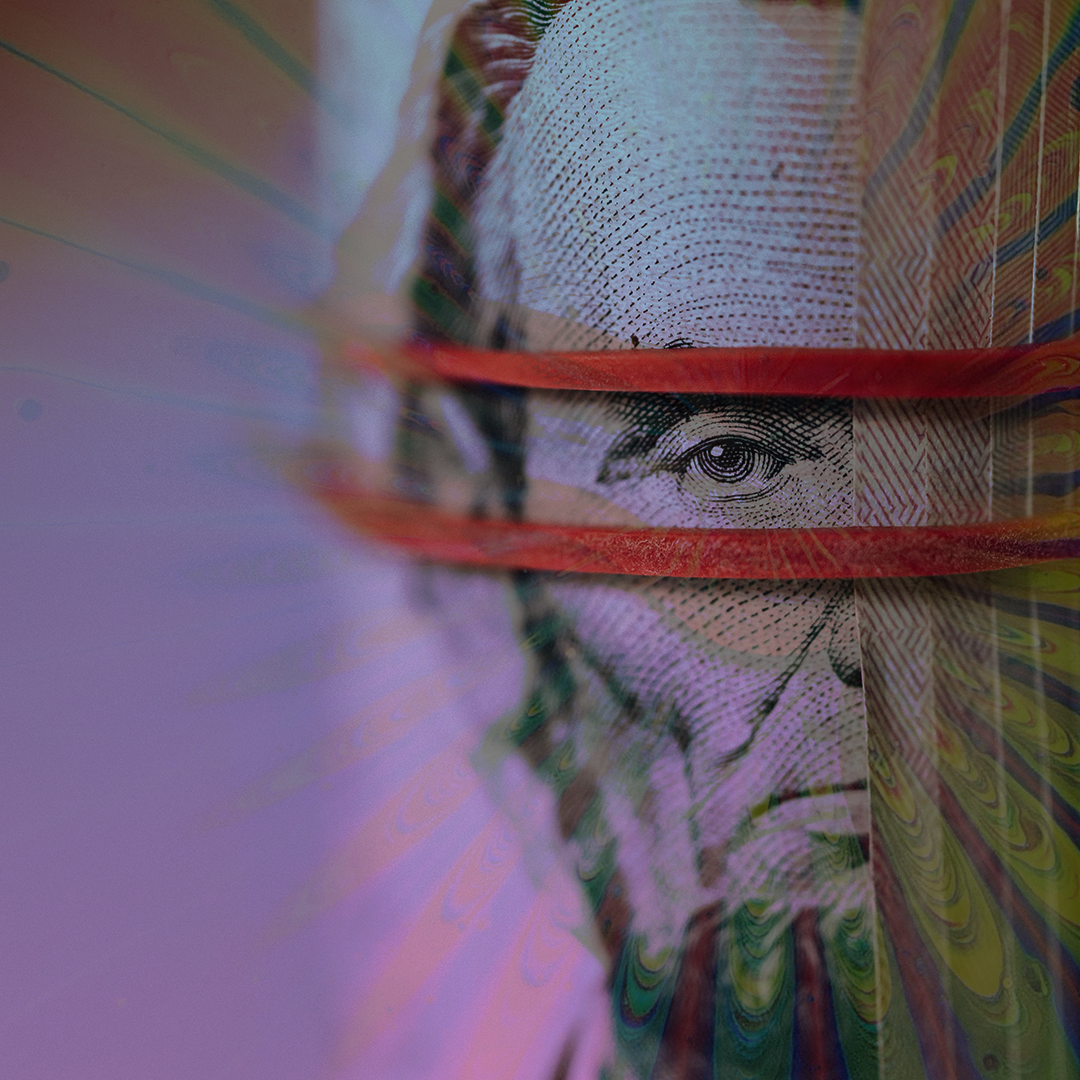 Psychedelic Business and Investment News: May 17-21

Truffle Report has compiled a roundup of major psychedelic business and investment news from May 17-21, making it easier for you to access these insights in one place.

On May 17, MindMed announced the receipt of Type C Meeting Responses from the FDA leading to the finalization of the company’s clinical development approach for Project Lucy by selecting Generalized Anxiety Disorder as an initial indication. MindMed is on target to formally submit its Investigational New Drug (IND) application for Project Lucy in Q3 2021, and expects to launch its Phase 2b clinical trial shortly thereafter in Q4 2021.

On May 18, MindMed announced that it has entered into a letter of intent to partner with The Chopra Foundation to educate and build public awareness around the use of psychedelic medicines to treat mental illness, remove outdated stigmas, and ultimately research mental wellbeing approaches that can be used in psychedelic related psychotherapy.

On May 20, MindMed announced the approval by the local Swiss ethics committee of the first clinical trial evaluating the acute effects of different doses of mescaline and the role of the serotonin 5-HT2A receptor in mescaline-induced altered states of consciousness (MDR-Study). The study will be conducted at the University Hospital Basel Liechti Lab, in Basel, Switzerland, and is planned to commence this month.

On May 18, Cybin Inc. announced that the Institutional Review Board at the University of the West Indies Hospital, in Jamaica has granted approval to commence the study of its sublingual psilocybin formulation, dubbed CYB001, in a Phase II clinical trial for patients suffering with Major Depressive Disorder. Commencement of the clinical trial is subject to final confirmation of study material specifications by Jamaica’s Ministry of Health.

On May 20, Cybin Inc. announced that it has filed a new provisional patent application in support of its ongoing drug candidate programs.

The application discloses novel compositions which are expected to have improved pharmacokinetic profiles while retaining key efficacy measures of the original molecules and discloses innovative methods of deploying the novel compositions with faster therapeutic onset of Cybin’s psychedelic tryptamine, while reducing psychedelic side effects and decreasing duration of the therapeutic effect thereof.

On May 18, 2021 Mydecine Innovations Group reported its financial results for the first quarter ended March 31, 2021 and provided a business update.

“Mydecine accomplished a number of key milestones in the first quarter of 2021 which collectively advanced our mission to bring one of the most robust portfolios of nature-sourced psychedelic-assisted therapeutics to the forefront of the mental health industry,” stated Joshua Bartch, CEO of Mydecine.

“Most notably, we achieved the first-ever international export of psilocybin mushrooms and solidified our clinical and commercial supply chain in order to advance our R&D. This supply advantage, combined with our API and LeadGens Lab partnerships, strategically advances our drug development and clinical trials, further positioning Mydecine to lead the next-generation of synthetic and naturally-derived psilocybin novel compounds. We are extremely pleased to have reached this critical point in our development and look forward to building upon these successes in the months ahead.”

On May 18, Entheon Biomedical Corp. announced it has entered into a drug-supply agreement with Laboratorium Ofichem BV. Under the terms of the Agreement, Ofichem will supply Entheon with GMP quality N,N-dimethyltryptamine drug substances, or DMT, for upcoming formulation, preclinical, clinical, and post-approval commercialization phases under the European Medicines Agency regulatory framework.

The agreement, entered into May 4, 2021, will see Ofichem provide GMP DMT product as well as the required analytical data package for use in the previously announced phase 1 human clinical trial to be conducted by the Centre for Human Drug Research. Ofichem will also provide any additional DMT product that is required for an anticipated stability study. The phase 1 trial, to be conducted in the Netherlands, is scheduled to begin in Q4 2021.

On May 18, Novamind opened a new Client Care Center to manage the overwhelming demand for its treatments and to support its planned growth to eight clinics by September 2021.

On May 17, HAVN Life Sciences Inc. announced that it has entered into a definitive agreement to acquire clinical stage intellectual property from Bolt Therapeutics.

The IP consists of a combination of BOL-148, which has demonstrated potential for treating cluster headaches in a human study, and a neuroprotectant that is believed to act in unison with BOL-148. BOL-148, an unrestricted compound, is an analogue of lysergic acid diethylamide (LSD) that does not produce the same psychotropic effects, making it a promising candidate for a new therapy.

Pursuant to the Agreement, HAVN Life will produce and supply an offering of Natural Health Products, which will include plant-based compounds and non-psychoactive mushrooms. The agreement with Lobe Sciences will create an additional revenue stream for HAVN Life, and the team will look to generate additional agreements in the coming months.

On May 19, Mind Cure Health Inc. announced the addition of Dr. John Brownstein as Advisor to the Company. Dr. Brownstein, the Chief Innovation Officer at Boston Children’s Hospital and a Professor of Medicine at the Harvard Medical School, is world-renowned for his pioneering approach to data management and technology within health care. The HealthMap system he founded was the first electronic disease surveillance program to issue an alert for COVID-19 in late December of 2019. Dr. Brownstein and his team also run Vaccine Finder, a platform to help people more easily find clinics and pharmacies that offer COVID-19 vaccinations.

On May 17 Algernon Pharmaceuticals Inc. announced it has received positive feedback from the U.S. Food and Drug Administration (FDA) regarding its plans to investigate AP-188 (N,N-Dimethyltryptamine or DMT), a known psychedelic compound that is part of the tryptamine family, as an adjunct to physical therapy in the rehabilitation of stroke.

In a Pre-IND request submitted March 16, 2021, Algernon sought direction from the FDA regarding the design and scope of the company’s preclinical and early phase stroke clinical programs. The FDA is in agreement with the company’s planned preclinical efficacy experiments and offered guidance with regards to supportive preclinical safety studies. In addition, the FDA provided valuable input into the design of the Company’s planned Phase 1 clinical trial, which will be conducted through Hammersmith Medicines Research in the UK, in Q4 2021.

On May 19, Wake Network, Inc. announced that it has completed the first fully-legal importation of psilocybin mushrooms into the United States, having secured all required permits from the U.S. Drug Enforcement Administration.

“From day one, our mission was to break ground in this emerging sector by building the first legal supply chain of psilocybin mushrooms for research,” said Nick Murray, CEO of Wake.

The Company’s common shares will continue to trade on the Canadian Securities Exchange under the symbol “BRAX”.

In May 2021, the Company announced its new name, Braxia Scientific Corp., to reflect its commitment to providing access to, and leadership in setting the standard of care for, ketamine treatment for depression through its network of clinics, as well as the company’s ketamine and psychedelic derivative research and drug development priorities.

On May 21, 2021 Wesana Health Holdings Inc. announced the expansion of its executive leadership team with the hire of Mark Wingertzahn, PhD, as Chief Scientific Officer. In this role, Dr. Wingertzahn will be responsible for leading Wesana’s scientific research and drug development, as well as tactical implementation of Wesana’s nonclinical programs and regulatory strategy.

In his previous roles, Dr. Wingertzahn led Global Clinical Development, Toxicology, Preclinical Medicine and Drug Safety teams for drug development and approval in every major worldwide market. He led the Medical and Scientific Affairs and Clinical Development teams at both GSK and Pfizer and successfully gained regulatory approval for five first-in-class products across three first-in-class indications. Dr. Wingertzahn is an Instructor of Pediatrics at NYU (Medicine) and Associate Professor of Life Sciences & Allied Health at the NY Institute of Technology College of Osteopathic Medicine.