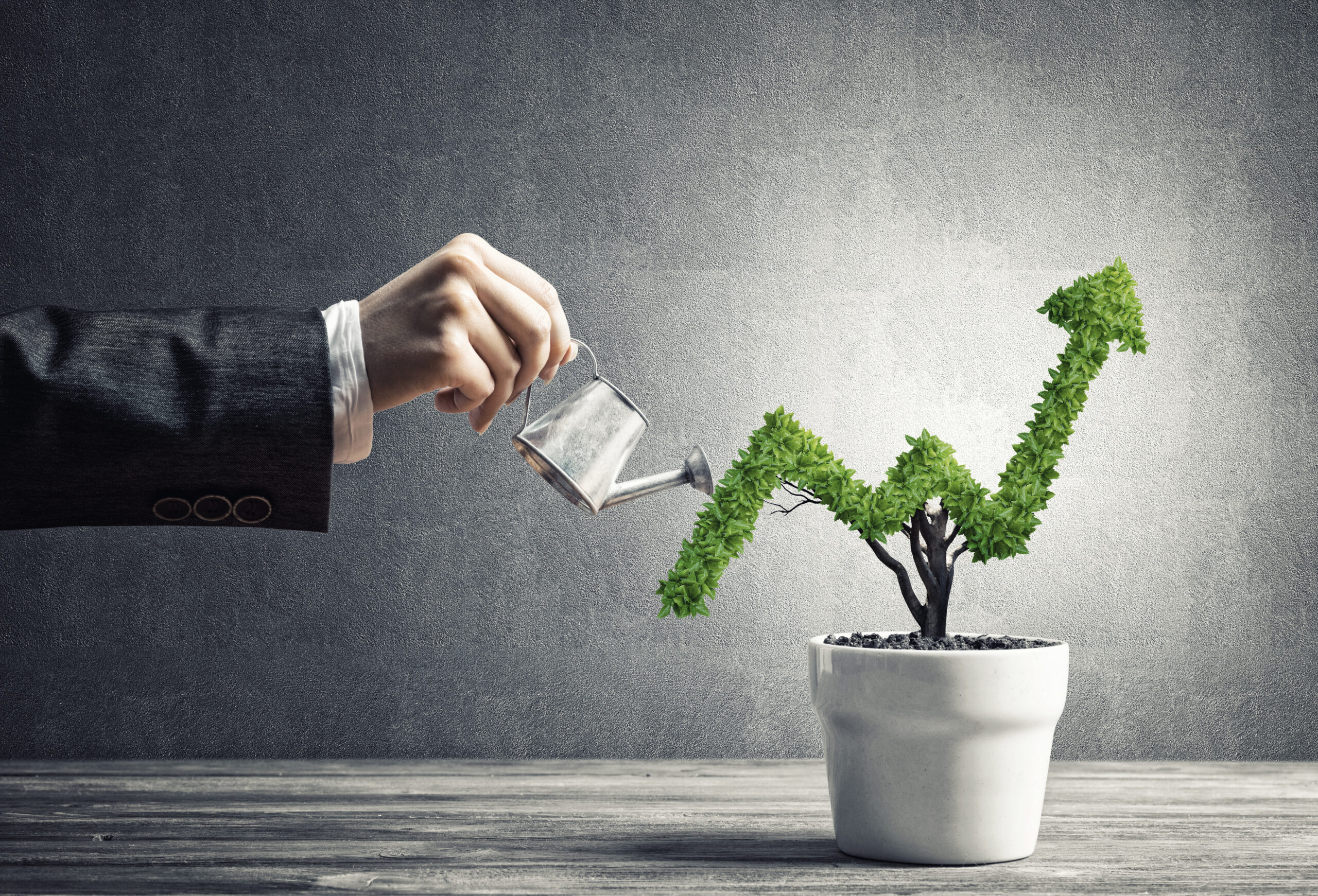 Truffle Report has your weekly roundup of the major psychedelic business and investment news from March 14-19. Here are some of the stories to keep an eye on this week.

To Patent, or Not to Patent

On March 15, Mindset Pharma announced that it has filed a sixth provisional patent application. This recent application covers a comprehensive range of novel DMT and 5-MeO-DMT analogs, their related chemical process synthesis, and the composition of matter and therapeutic uses.

“DMT and 5-MeO-DMT exhibit unique pharmacological and pharmacokinetic profiles, and we believe that optimized analogs have the potential to play a significant role in the future of psychedelic-inspired medicine. We look forward to sharing additional updates around both our new drug program as well as our manufacturing process program shortly,” said James Lanthier, CEO of Mindset.

On March 17, Psyched Wellness announced that it has submitted a provisional patent application for its proprietary Amanita muscaria extract AME-1. The application was submitted on March 12 and discloses the company’s unique muscimol extraction processes, which  produce either a liquid or powder extract.

“We have invested a lot of resources to develop AME-1 using a unique extraction protocol that we have developed,” said David Shisel, COO of Psyched Wellness. “We believe that AME-1 has great potential and will be the foundation for many future products.”

On March 18, Tryp Therapeutics announced that it has submitted a provisional patent for improved administration of psychedelics. The provisional patent describes novel methods for the formulation, delivery, and dosing psychedelics resulting in a potential reduction in the time spent by patients in the dissociative state. The patent application also covers “unique methods to manufacture the active pharmaceutical ingredient, novel formulations, methods to enhance the safety profile of treatments, and methods to reduce risk of abuse and addiction.”

On March 14, Core One Labs, a research and technology company focused on life sciences and bringing psychedelic medicines to market through novel delivery systems and psychedelic-assisted psychotherapy, announced it will commence trading in the United States on OTC Pink Market under the ticker symbol “CLABF.”

“We are very excited to be trading on the OTC Pink Market. This milestone opens Core One Labs to a broader market and larger investor base, while also providing current and prospective shareholders greater accessibility and liquidity in the trading of the Company’s common shares. Additionally, this U.S. listing, in general, will provide greater exposure for the Company in the rapidly growing emerging psychedelics as alternative medicine space,” said Joel Shacker, CEO.

The company will continue to trade on the Canadian Securities Exchange under the symbol “COOL,” and on the Frankfurt Exchange under “LD62, WKN: A2P8K3.”

IntelGenx and ATAILife Sciences Partner Up

On March 15, IntelGenx, a leader in pharmaceutical films, announced that it has agreed to the terms of a strategic partnership with ATAI Life Sciences. As part of the partnership, IntelGenx will exclusively partner with ATAI to develop compounds for the prevention or treatment of mental health disorders.

On March 17, ATAI Life Sciences announced an equity investment in and partnership with IntelGenx, to which ATAI agreed to purchase 37,300,000 newly issued common stock units of IntelGenx for gross proceeds of $12,346,300.

On March 15, Numinus announced that it will raise $30 million in a bought deal public offering led by Eight Capital and Canaccord Genuity with 24m units priced at $1.25 each. Proceeds from the financing will be used for working capital and general corporate purposes. Later on the same day, Numinus announced an upsized bought deal public offering to $35 million and a revised agreement with Eight Capital and Canaccord Genuity.

On March 19, Numinus announced the closing of a $40 million bought deal with 28 million units sold at $1.25 each. With the closing of the offering, Numinus now has $65 million in cash on hand and “is well capitalized to act on revenue-generating growth initiatives including the Numinus Bioscience lab expansion, clinic acquisitions and purpose-built flagship facilities.”

“I want to thank our investors for their overwhelming confidence in our vision of bringing forward safe and evidence-based approaches to mental health challenges, including through the delivery of psychedelic-assisted psychotherapies,” said Payton Nyquvest, Chair, President and CEO, Numinus. “Millions of people struggle with depression, anxiety, trauma, pain and substance use, and are seeking novel approaches that are intended to cure rather than manage symptoms. Our financing puts us in a strong position to drive much needed innovation in mental healthcare and provides the necessary resources to create new ways to support healing and wellness.”

On March 15, Creso Pharma announced that it has signed an agreement to acquire Halucenex Life Sciences, a Canadian psychedelics company focused on developing treatments for Treatment-Resistant Depression in individuals suffering from PTSD, among other mental health illnesses. Creso Pharma, an industry-leading provider of cannabis and cannabinoids, is proposing to acquire 100 percent of the company for a sum of $500,000 in cash, as well as issuing about 29.3 million common shares of the company, plus 17.55 million Creso performance shares that will convert into fully paid ordinary shares if the Dealer’s Licence Amendment is approved within 12 months of the acquisition settlement. Once closed, this acquisition will make Creso the first ASX-listed stock with a 100-percent-owned psychedelic company.

“This is a major milestone for Creso Pharma and marks our evolution into a broader-based pharmaceutical business. Creso will now sell its trusted cannabis products and progress the commercialisation of a range of psychedelic-assisted psychotherapy treatments. Our entry into this market provides the Company with another lucrative vertical and an additional near-term revenue stream,” said Adam Blumenthal, Non-Executive Chairman of Creso Pharma.

On March 16, Red Light Holland announced it has completed the sale and import of iMicrodose Packs from the Netherlands to Canada. The import was approved by a Health Canada psilocybin import permit obtained by CCrest Laboratories Inc. in partnership with Shaman Pharma Corp.

“We are quite thrilled, after months of tough negotiations and careful due diligence, to move forward as the largest legal psychedelic distribution publicly traded company in the world,” said Todd Shapiro, the Chief Executive Officer and Director of the Company.

On March 17, Bright Minds Biosciences announced that it had closed its public unit offering of $25.9 Million. The proceeds will be used for research and development activities, as well as working capital and general corporate purposes.

On March 17, Toronto-based Field Trip Health announced it had closed a common share deal worth $95 million. The lead investor in the Offering was Soleus Capital with additional participation by Avidity Partners, Sphera Funds, Pura Vida Investments, Jennison Associates and other healthcare specialized institutional investors. As of the closing of the offering, Field Trip has $113.7 million of pro forma cash and cash equivalents on hand. Field Trip plans to use the net proceeds for the ongoing development of the “FT-104” novel psychedelic development program, the opening of new Field Trip Health centers, and for working capital and general corporate purposes.

“Through this financing we have the balance sheet strength to advance our work with FT-104 – a molecule that, based on its pharmacology and its IP defensibility, we believe is the most exciting in the industry – through a number of value inflection points and to accelerate the rollout of our Field Trip Health centers across North America and Europe, while still having reserves for new opportunities as they emerge,” said Hannan Fleiman, Field Trip’s President and one of its co-founders.