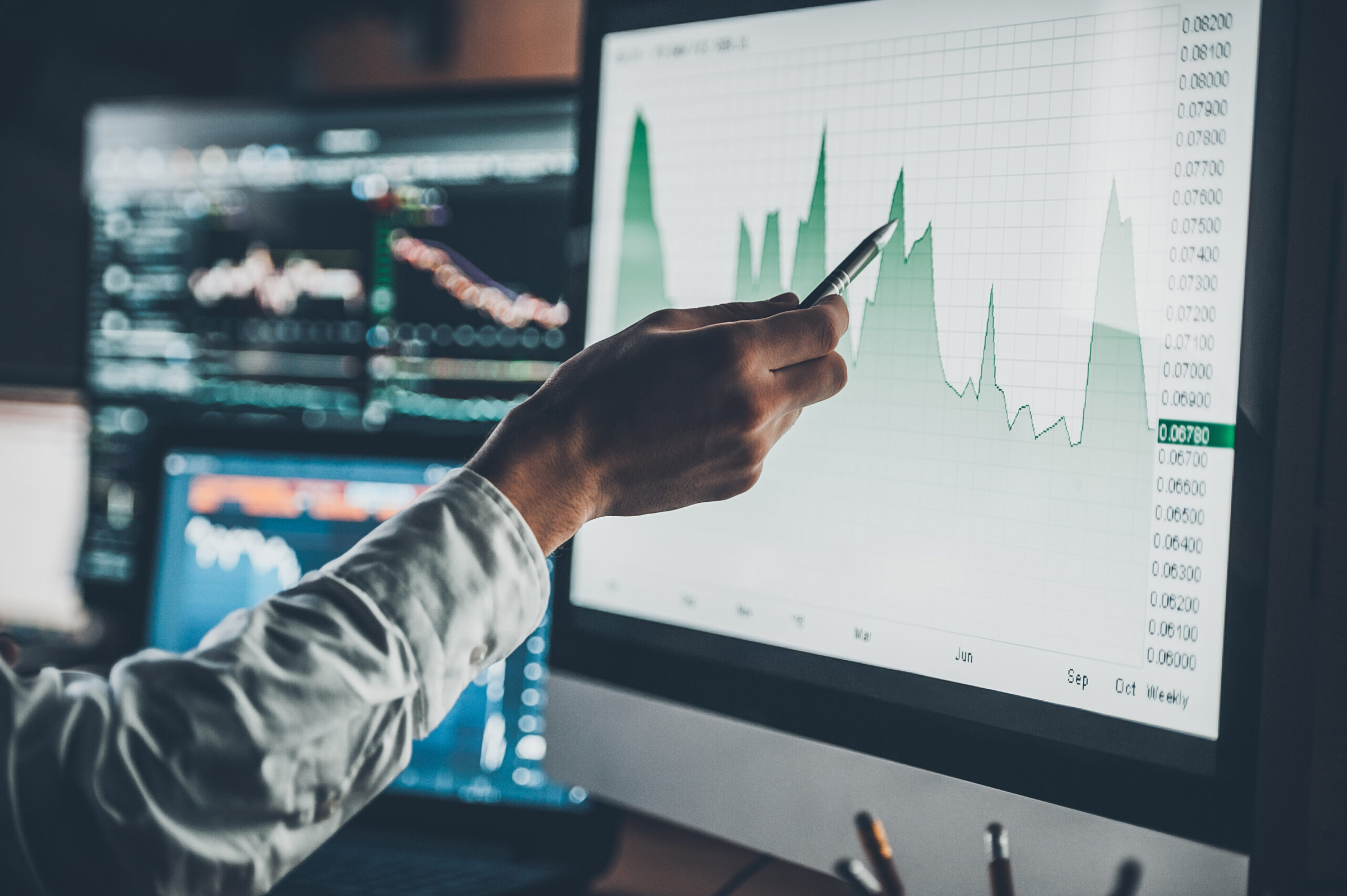 PSYCH Investor Summit’s Europe and Asia conference was held virtually on April 21. It’s the first edition of the conference sponsored by Prohibition Partners covering the potential of psychedelics in the healthcare industry and providing businesses the opportunity to showcase their work directly to European and Asia-Pacific (APAC) investors and funds.

The event was opened by Prof. David Nutt, a leading expert in neuropsychopharmacology and Chair of the drug advisory committee, Drug Science. In his keynote address, Prof. Nutt spoke about the future of psychedelic medicine in Europe, clinical studies, and the profound impact of psychedelics on depression.

“We have a process that drives depression that we can disrupt with psychedelics,” said Prof. Nutt. “We’ve shown that psychedelics have a profound and relatively long-lasting effect to reduce depression.”

“In the last 10 years, we’ve seen a complete volte-face in our understanding of MDMA. Now, we see it as one of the most remarkable tools to heal the brain,” he said.

Exploring the Challenges (and Opportunities) Around Patents & IP in Psychedelics

The panel featured Tim Schlidt, Partner at Palo Santo, and Richard Cheung, General Counsel at Noetic Fund, and was moderated by Yeji Jesse Lee, a journalist at Business Insider. The discussion highlighted drug development strategies, principles of patenting and benefits and challenges around patents and IP in the psychedelic industry.

Responding to a question by Lee about how psychedelic companies should approach patents, Cheung said that “there’s a higher bar for ethical considerations in the space,” and that it’s important to be mindful and thoughtful of patent strategies.

“’That’s the trade-off – to take on that risk and upfront spend, while on the backend you’re going to be granted a temporary monopoly,” said Schlidt.

Responding to a question by Lee whether panellists would consider investing in a company that uses alternative methods as opposed to the traditional IP route, Cheung stressed that patents provide some level of comfort for investors.

“I always joke that if that’s someone else advancing a therapy that you want to advance then, it’s open science, no patents, bring down the walls. But if it’s something I’m advancing and all of a sudden take the deepest mode you can, have all the IP you can. It depends on where people’s interests lie,” said Schlidt.

Lessons Learned: What Can Europe & Asia Learn from the Psychedelic Industry in North America?

The panel featured Nick Murray, Co-Founder and CEO of Wake Network and Bek Muslimov, Founding Partner of Leafy Tunnel, and was moderated by Greg Kubin, Founder and Host of Business Trip. Panellists discussed how North American experience in psychedelic space can be applied to Europe and Asia.

Responding to a question by Kubin about ethical sourcing, Murray said that the pandemic has brought sourcing to the forefront.

“A lot of the time, it’s either not required for testing, or it’s a gray market, so it’s very difficult to have testing. But I think it’s very important that microbiology and especially heavy metals are being tested for when it comes to anything that we’re putting into our bodies, especially things that are either health supplements or meant for psychedelic-assisted therapy,” said Murray.

Responding to a question by Kubin about what to look for when investing in a psychedelic company, Muslimov said that the team is extremely important for an investment decision.

“Companies and founders who want to change mental health and bring new paradigms which psychedelics can bring — that’s the number one criteria for us,” said Muslimov.

“I’m excited when we get to a place, societaly, when it’s more acceptable for psychedelic medicine to be perceived as not just something to treat mental illness, but for the betterment of the well,” said Murray

Wake Network is a company advancing novel psychedelic medicine and genetics-based therapeutics, while also furthering non-psychedelic, or functional, medicinal mushrooms and developing a personalized, genetics-based approach to therapeutics and wellness. Their panel was presented by Nick Murray, CEO and Co-Founder, and was moderated by Greg Kubin.

“We are a vertically integrated medicinal mushroom company focused on fungus biosciences. We’re currently producing organic psilocybin and medicinal mushrooms with a multinational supply chain. We’re also developing a personalized genetics-based approach to psychedelic-assisted therapy. We have launched a major genetics research initiative with Lieber Institute for Brain Development (LIBD),” said Murray. “Together, we are working on a genetics-based approach, which will act as an example of clinical safety and pharmacovigilance to the entire psychedelic industry. Combining these two things together is how we view the future of personalized health and wellness.”

Responding to a question by Kubin about the regulatory landscape for psilocybin, Murray said that he sees a path toward both synthetic and biologically derived substances being made available in the future, however, their company and customers prefer biological pathways.

Currently, Wake carries only medicinal mushrooms, and according to Murray, as soon as regulatory pathways allow, they “will be doing some integration stacks.” Nonetheless, they will continue to offer their products without psilocybin for clients seeking functional mushrooms.

Awakn Life Sciences is a clinical-biotech company researching, developing, and delivering psychedelic medicine to treat addiction and other mental health conditions. The panel was presented by Anthony Tennyson, CEO, and was moderated by Greg Kubin.

“At Awakn Life Sciences, our purpose is to integrate the benefits of psychedelics and psychedelic medicines into mainstream mental health care to deliver better mental health for more people,” said Tennyson. “As a company, it’s our belief that the combination of psychedelic compounds, formulation-driven psychotherapy, delivered by qualified practitioners in a clinical environment, leads to these significant better patient outcomes that are required, given the mental health crisis that exists today.”

Awakn is currently running clinical trials to study MDMA-assisted psychotherapy as a treatment for patients with alcohol use disorder.

Responding to a question by Kubin about how Awakn plans to fund its clinical trials, Tennyson said they are ready to invest significant capital to help solve the drinking problem because “it’s the bloody right thing to do.”

As part of the capital market strategy to secure the capital, Awakn plans to go public on the NEO Exchange (NEO) before the end of Q2 this year.

Gwella is a life sciences company and brand house with a focus on adaptogenic, medicinal, and psychedelic mushrooms. The panel was presented by Peter Reitano, CEO, and was moderated by Greg Kubin.

“Our mission is to build the most accessible and original over-the-counter portfolio of wellness and psychedelic products to amplify health. We’re taking an open-access approach that will focus on accessibility and scale. Our strategy is to build the leading platform of portfolios tailored towards consumers who opt into natural health alternatives to support their day-to-day life. Our aim is to radically improve lives by introducing more people to these compounds,” said Reitano.

Gwella developed a proprietary blend of 14 different mushrooms, botanicals, and nootropics, that boost energy, mood, and cognitive performance for improved productivity. Mojo Gummies are launching to the public in May in the U.S.

“We wanted to create something in the now to prime people and educate people on what microdosing is about and what the potential benefits can be. As we move forward with regulatory changes, we’ll be ready to put a product out with that full experience,” explained Reitano.

Field Trip Health is a company focused on the development of technology-enabled psychedelic therapies and providing treatments through ketamine-enhanced psychotherapy. The panel was presented by Ronan Levy, Co-Founder and Executive Chairman, and was moderated by Greg Kubin.

“We have a unique position to really thrive. Because even if we focused on conditions like major depression or treatment-resistant depression through the clinical infrastructure that we’re building, I think we’ll have a unique opportunity to advance FT- 104 to be the first choice of treatment, even if other options are available within psychedelic therapies,” said Levy.