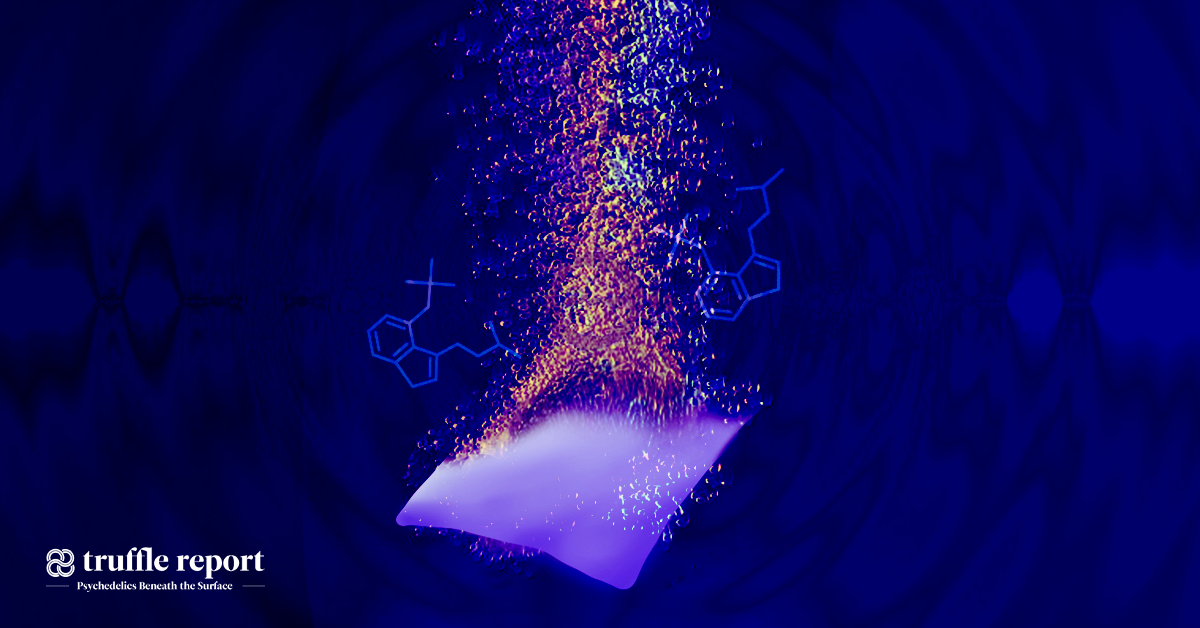 Amid the recent psychedelic boom, psilocybin has shown promise in treating anxiety and depression for some, while others may take it in small doses for productivity — or in large doses in the hopes of finding personal growth. There are plenty of reasons why you might want to use psilocybin, but the way in which you ingest your mushrooms may matter more than you think. Revive Therapeutics and Cybin have both been working on their own formulations for fast-dissolving psilocybin oral thin strips. What does it mean for psilocybin therapies? How will the results compare to consuming whole mushrooms?

Revive specializes in research and development for the treatment of rare disorders. Having already developed a portfolio of cannabinoid patents, they recently acquired Psilocin Pharma Corp, and have branched out into research with psilocybin as well. Revive has a partnership with the Reed Research Group out of University of Wisconsin, with whom they have been developing their oral thin strip product. The material is made from a tannin-chitosan composite, and they have already tested to measure characteristics such as dissolvability, tensile strength, and the rate of chemical release upon administration. The data is currently being processed and finalized.

Cybin is a pharmaceutical research firm with a focus on major depressive disorders. Their dissolvable oral thin strip, Psilotonin, has been developed and produced through a partnership with the Quebec-based IntelGenx. Cybin is currently conducting research into its effectiveness in Jamaica, where psilocybin is legal and research costs are relatively low. First, they’re looking into the minimum effective dosing needed when taking oral strips (more on that in a moment) — after which they will be conducting placebo-controlled research with a large group to measure its effectiveness in treating major depression.

Bioavailability and Other Advantages

There’s an obvious convenience factor in a dissolvable strip product — they’re compact and easy to take. When dissolved sublingually (beneath your tongue), they also have the advantage of high bioavailability compared to other products.

In the sphere of pharmaceuticals, bioavailability measures how much of the bioactive compounds reach your bloodstream in order to produce their intended effects. Injecting a drug directly into your bloodstream can generally be considered a method with 100 percent bioavailability, since virtually nothing is preventing the active ingredient from entering your circulatory system. Taking a medication orally is generally more convenient than injections, but introduces a host of complications against the efficiency of the active components. When ingested, bioactive compounds must pass through your stomach acid, through your digestive tract, and endure enzymatic conversion through your liver before finally entering your bloodstream to do their work. Because of this process, the drug will take longer to have an effect, and much of its active ingredients will be broken down and lost. Oral strips boast a higher bioavailability because they allow the bioactive ingredients to be absorbed through your sublingual artery, and enter directly into your bloodstream.

Cybin’s research into the effective dosage of psilocybin oral stips is important, since the required dose will probably be lower than the typical 25mg needed when psilocybin is taken orally. Their clinical trials will measure the effectiveness of 1mg, 3mg, 5mg, and 7mg doses. This method, aside from being generally less wasteful, will save pharmaceutical manufacturers money by requiring less product to be effective.

Oral strips may also allow more efficient research into the effects of psilocybin. They can provide more accurate dosing by eliminating factors like digestion, as well as the inherent randomness of the psychoactive compounds found in natural mushrooms, though this has other repercussions. In a clinical setting, they will take effect faster since they enter the bloodstream directly, and can be administered to patients who have problems chewing or swallowing.

What Does Your Gut Say?

Some have argued that there may be disadvantages to foregoing the digestive process when taking psilocybin. The method by which psilocybin trips can enact lasting benefits on conditions like anxiety and depression with singular, or intermittent, dosing is still not entirely understood. One potential factor is that psilocybin interacts with serotonin receptors throughout the gut when ingested. If it is administered through a more direct route into the bloodstream, it will only have the chance to interact with the same receptors found throughout the brain.

The workings of the gut-brain axis are also not currently well-understood. Serotonin plays a key role in a healthy digestive process. Medications like SSRIs have been shown to impact the symptoms of myriad digestive ailments, due to the serotonin receptors found throughout the gut — which include the 5-HT2A receptor that psilocin is known to interact with. The relationship between serotonin agonists and improved gut health extends the possibility that serotonin receptors throughout the gut may also be responsible for some of the extended benefits of psilocybin therapy. If this is true, some of the potential therapeutic benefits of psilocybin might be lost if it bypasses the digestive tract altogether.

This is still just a theory, and more research is needed to understand just how serotonin receptors in the gut contribute to psilocybin’s effects. Further experimentation with oral strips will likely contribute to that understanding.