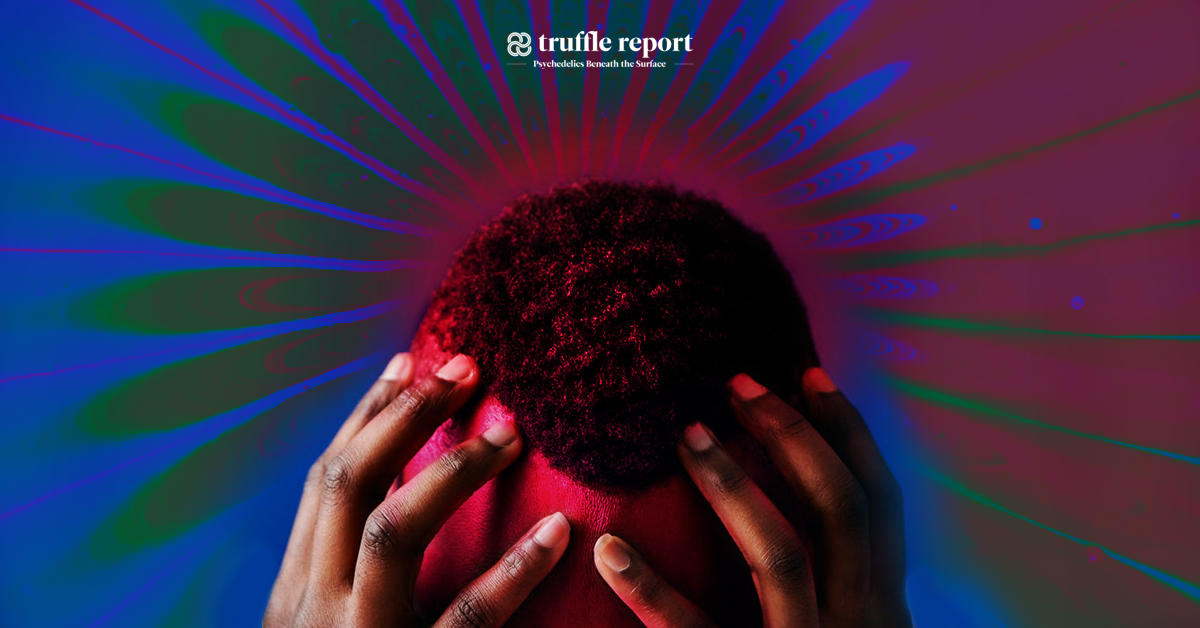 Psilocybin for the Treatment of Migraines

According to the World Health Organization, headaches and migraines cost the world over $150 billion per year. In the United States alone, it is estimated that around 3.2 million people live with chronic migraines. Some sufferers can experience them up to 20 times a month, with the headaches lasting four hours or more on average. Migraines are also ranked as the first cause of disability in people under 50. Previous studies have illustrated psilocybin’s potential in the treatment of cluster headaches, but when it comes to migraines, most of the results have been anecdotal. In November of 2020, the first clinical trial ever to compare psilocybin and a placebo for the treatment of chronic migraine was published and the results appear to be promising.

There are plenty of prescribable pharmaceutical options available which can aid chronic headache sufferers trying to lead a normal life. Triptans are one of the most commonly prescribed medications, in combination with aspirin or ibuprofen. However, these drugs do not necessarily work for everyone, and only provide temporary relief.

Triptans are referred to as selective serotonin receptor agonists because they stimulate the production of serotonin in the brain. This serotonin increase reduces the inflammation and tightens blood vessels to relieve the pain. They belong to the tryptamine family of monoamine alkaloids. Coincidentally, or not, the psychoactive compounds found in many psychedelic substances are also tryptamines.

A medication used in the past to treat migraines because of its affinity for those 5-HT receptors was ergotamine, a peptide derived from ergot, first isolated by Arthur Stoll at Sandoz Pharmaceuticals in 1918. Stoll worked alongside Albert Hofmann, who first synthesized LSD at Sandoz from ergotamine in 1938.

Exploratory Controlled Study of the Migraine-Suppressing Effects of Psilocybin

In November of 2020, a study that aimed to evaluate the migraine-suppressing effects of psilocybin conducted by Yale University was published in the peer-reviewed journal Neurotherapeutics. The main purpose of the study was to investigate the effects of oral psilocybin in migraines compared to a placebo. Ten adult participants diagnosed with migraine were selected to take part in this double-blind, placebo-controlled crossover study.

Participants each received a dose of oral placebo and a dose psilocybin (0.143 mg/kg) approximately 14 days apart. They also maintained headache diaries to document headache frequency and intensity, as well as associated symptoms starting two weeks before the first session until two weeks after the second session. Physiological and psychological drug effects were monitored during sessions and several follow-up contacts with participants were carried out to assure safety of study procedures.

The study’s results showed that over the two week period measured after a single administration, the reduction in weekly migraine days from baseline was significantly greater after psilocybin than after placebo. Changes in migraine frequency in the two weeks after psilocybin were not correlated with the intensity of acute psychotropic effects during drug administration.

The psilocybin was also well tolerated in the subjects, with no unexpected or serious adverse events during administration and no withdrawals due to adverse events. This first exploratory study suggests that there definitely is a persisting therapeutic effect in migraines after a single administration of psilocybin. While the researchers at Yale specify that more studies are required to fully assess the potential of psilocybin as a treatment for migraine, they report there appears to be beneficial therapeutic effects of the substance after a single exposure.

Treatment resistant cluster headache and migraine patients have long been exploring alternative treatments to alleviate their pain. A study published in the Harm Reduction Journal in 2017 aimed to improve understanding regarding the use of non-established or alternative pharmacological treatment employed by sufferers of cluster headaches and migraines.

Unlike more recent studies, this wasn’t a clinical trial, but rather a qualitative thematic analysis of anecdotal accounts presented in online forum discussions. The forum boards shroomery.org, bluelight.org, and clusterbusters.org were chosen and used for the study conducted by Karlstad University in Sweden.

The analysis resulted in six consistent threads of discussion: a desperate need for effective treatments; the role of the forum in finding alternative treatments and community support; alternative treatment substances; dosage and regimens; effects and treatment results; and adverse effects. The results not only provided answers as to what substances were preferred by users but also a significant insight into why, how, and by which methods sufferers seek relief from cluster headache and migraines.

The researchers arrived at the conclusion that patients are in a rather desperate and vulnerable position, and thus illegal psychoactive substances were more often considered a last resort rather than a first alternative. Users that claimed to have used these drugs or that inquired about them had tried every other legal alternative with little to no effect before. There also appeared to be no interest from most of them in the psychedelic effects of the drugs as these subjects were clearly not looking to have a hallucinatory experience, but rather simply looking for relief.

Primarily, psilocybin, LSD, and other psychedelic tryptamines were reportedly effective for both preventive and acute treatment of cluster headache and migraines. No severe adverse events were reported, but the researchers pointed out that desperation sometimes triggered risky behavior when obtaining and testing various treatment alternatives that involved illicit substances. The forum discourse mainly revolved around maximizing treatment results and minimizing potential harms as well as reducing psychedelic effects.