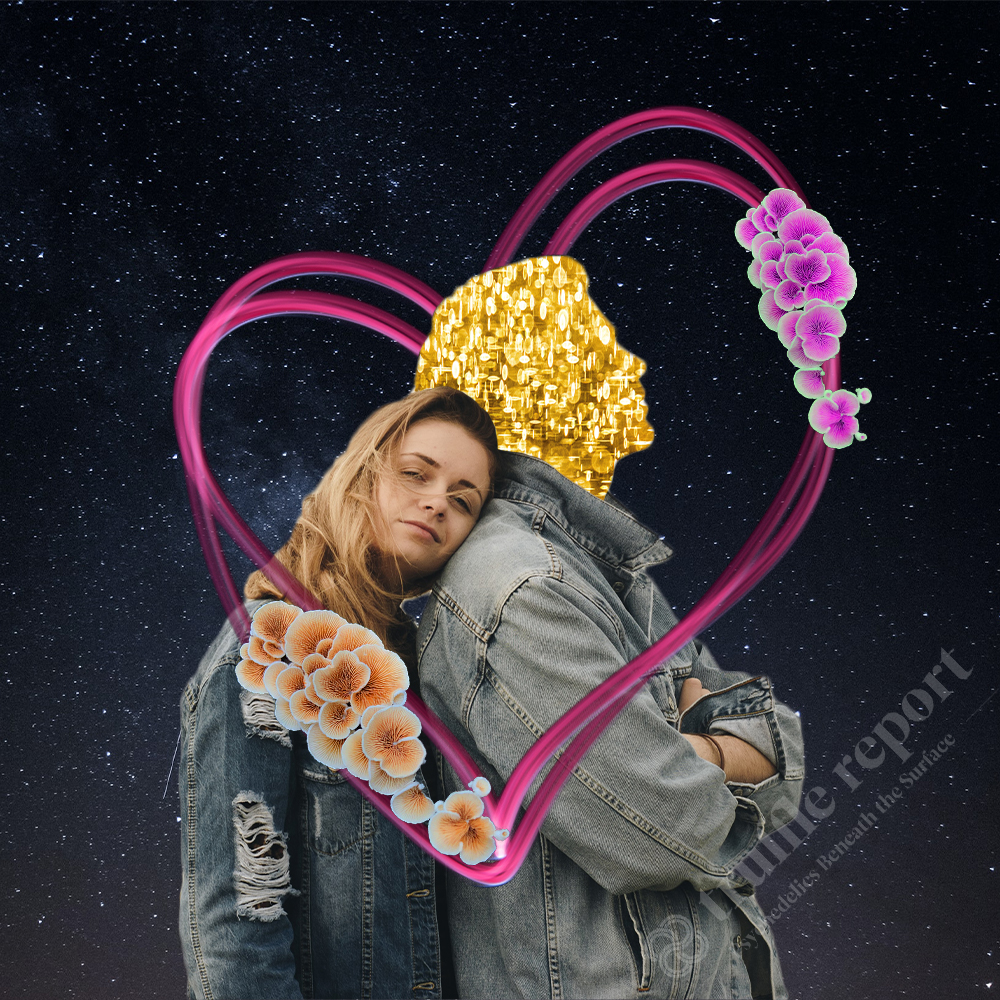 Empathy and moral behaviour are basic components of human relationships, and essential to create a functioning society. They are frequently linked, and it is thought that empathy plays an important role in moral and prosocial decision making. When it comes to psychedelics, the potential for certain substances to promote social interactions, and even positively affect narcissistic personality traits by enhancing connectedness and empathy, is often discussed.

Most of the studies on the prosocial effects of psychedelics involve MDMA. There is a growing body of research detailing how this substance produces feelings of emotional closeness and the desire to socialize .

While it’s pretty clear from the available data that MDMA can boost prosocial behaviour and empathy, we’re left to wonder if other substances could have similar effects? Research suggests that they do, particularly psilocybin.

Empathy is the ability to emotionally understand what other people feel. It can also be defined as seeing things from another person’s point of view and imagining ourselves in their place. In more scientific terms, empathy is a multidimensional construct that consists of a cognitive and an emotional component. Cognitive empathy is the ability to comprehend the mental or emotional state of another person without necessarily sharing the same emotional state. Basically, cognitive empathy is when we “put ourselves in someone else’s shoes”.

On the other hand, emotional empathy is the ability to share in the emotional state of another person. It goes beyond being able to see things from the other person’s perspective. For example, if someone close to us begins to cry we might begin to feel sad and cry as well. Emotional empathy can also be described as feeling distress in response to others’ pain.

Empathy deficits can have severe negative effects, such as social isolation as a result of difficulties in social interactions and communication. Impairments in empathetic capacity are also reported in various mental disorders such as major depressive disorder, bipolar disorder, borderline personality disorder, and psychopathy.

The Effects of Psilocybin on The Brain

Psilocybin is an hallucinogen that produces an altered state of consciousness characterized by changes in sensory perception, emotion, thought and, sometimes, the sense of self. When it’s consumed, it is converted into another chemical known as psilocin, which binds to serotonin-2A receptors in the brain. Studies have shown that this binding triggers a phenomenon known as neuronal avalanching.

Neuronal avalanches are patterns of neuronal activity that happen spontaneously in shallow layers of the mammalian cortex under different experimental conditions. Psilocybin produces a chain effect of diverse changes in the brain. It increases the activity in the visual cortex, which leads to changes in perception, and at the same time it decreases network activity in the default mode network, which can help to release old patterns and beliefs leading to ego dissolution.

How do Psychedelics Affect Empathy?

Research on the neuropharmacological foundation of social experiences and behaviours such as empathy and moral decision making are not abundant. However, it is known that most psychedelics promote the production of serotonin in the brain, which seems to be a crucial element involved in empathetic behaviour. Recent studies have shown that MDMA, which releases serotonin, increased emotional empathy but did not affect cognitive empathy.

Other psychedelics like LSD have also been known to promote prosocial behaviour, impairing fear recognition and enhancing empathy and sociability. A study conducted by University Hospital Basel and published in the Journal of Neuropsychopharmacology administered 100 or 200 μg of LSD to healthy volunteers to measure its empathogen effects. An increase in emotional empathy was seen in all patients.

Given psilocybin’s effects on the brain, it has been suggested that it could also promote feelings of empathy. Some anecdotal evidence proposes that psilocybin does increase empathy.

Effect of Psilocybin on Empathy and Moral Decision Making

A study conducted by the University of Zurich and published in the International Journal of Neuropsychopharmacology aimed to investigate the effects of psilocybin in healthy human subjects on different aspects of empathy and hypothetical moral decision making.

The research team recruited 33 volunteers between the ages of 20 and 40. Out of all the volunteers, only 24 completed all of the study’s measures while 32 completed just one phase. For each phase, researchers administered 0.215 mg/kg of psilocybin during one session, followed by a second placebo session 10 days later. After 160 minutes, participants were assessed on multifaceted aspects of empathy and moral dilemma tasks.

The results showed that psilocybin significantly increased emotional empathy compared to the placebo, but did not affect cognitive empathy. Moral decision making also remained unaffected by psilocybin. These findings suggest that psilocybin has a significant effect on social cognition and promotes prosocial behaviour by enhancing empathy. Furthermore, psilocybin appears to boost emotional empathy by activating serotonin 2A/1A receptors. This suggests that targeting these receptors could lead to a potential treatment for empathy impairments and dysfunctional social cognition such as psychopathy which is characterized by the inability to feel empathy.