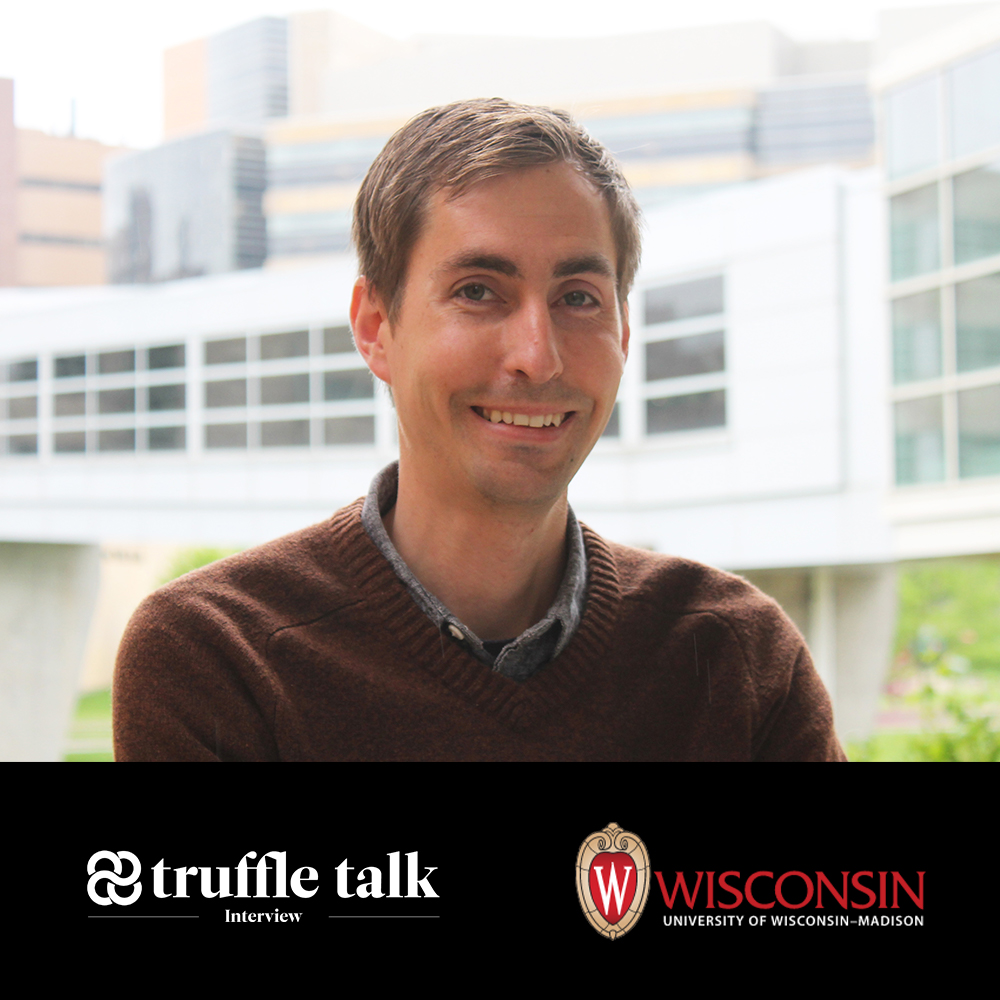 The University of Wisconsin-Madison recently announced the launch of a master’s program in psychedelic science. The new, fully online program is the first of its kind in the U.S. Truffle Report reached out to Professor and Program Director Cody Wenthur to discuss the Psychoactive Pharmaceutical Investigation program.

“I’m both a pharmacist and a pharmacologist. I’m an assistant professor at the University of Wisconsin-Madison, and I’ve been here for about two and a half years. My training has for a long time focused on understanding how small molecules can cause a long-term change in people,” said Wenthur. “One of the things that has interested me in that space, which is a very common problem, is substance use disorder, where people take small molecules which have profound negative changes in their behaviour. During my graduate work, I was interested in understanding more about how neurons can become plastic, and how the structure of the brain and the function of the brain can change to learn new patterns of behaviour in response to drugs. That naturally led to an interest in compounds that could induce those changes. Psychedelics are an interesting example of compounds that cause those structural and functional changes in the brain. We see in these early phase clinical trials, that they can induce profoundly positive changes in long-term behaviour as well. For me, it was a very natural fit to be interested in the science and application of these compounds.”

UW-Madison’s course is an online master’s degree program composed of 31 credits, with an associated Capstone Certificate, a 12-credit program.

“It was born out of our observation, as a working group, that the field of psychedelics was moving quickly beyond the academic research space. I was fortunate enough to join a large group of investigators here at Madison, who have already been working with psychedelics for many years. Together, we wanted to design a program that would meet the needs of the field as it expanded into the industrial and pharmaceutical research settings, as well as providing services for not-for-profits, and even potentially services for areas outside of that core science arena, such as support for public policy makers,” explained Wenthur.

“There is a need for more experienced individuals in these fields. The logistical, legal, and ethical concerns surrounding the use of psychoactive agents are very real. In our conversations with companies, employers, and active researchers in the space, it became clear that as the field grows, there are a lot of people needed to understand the nuances of how to safely and effectively work with psychoactive compounds. Unfortunately, we’ve seen that the pharmaceutical industry has had some brain drain and talent drain in the CNS space at large. As this sub-area of the field continues to move forward, we hope to replace some of that lost talent in this very important area,” he added.

The curriculum will mix scientific training with humanities content and is designed to prepare students for both the development and application of psychedelic therapies.

“We think it’s important to understand the humanities part because it’s very hard to make an impact in the medical space and in mental health without acknowledging the real challenges to implementation of even very effective therapeutics. We have many effective therapies for opioid use disorder, but we continue to see problems at an epidemic rate here in the United States because of issues like access and stigma. For individuals to make an impact in this field, we think it’s important to understand the historical context and social context in which these novel interventions may be applied,” said Wenthur.

“The program can be completed entirely online. Some of our elective courses, including independent study, could be pursued in person here on the UW campus. We felt it was important for the program to be available entirely online. It is the first program of its type, and we recognize there’s a need across the country, and around the globe, for people to be educated in this area, and we wanted to offer them that opportunity. We also recognize that for some students, it will be important to come to learn some skills in person, particularly those who are invested in getting hands-on experience in psychedelic research,” he continued.

The program is accepting applications until July 31 for fall term enrollment, or October 31 for enrollment starting in the spring of 2022. The program can be completed in two years, with an accelerated one-year option coming in the fall of 2022.

“I think one of the biggest challenges is making sure that we’re providing a program that is rigorous and is focused on providing students with the skills they need to be successful in their career. We are focused on delivering a world-class educational experience that matches the incredible passion we see from individuals interested in this field,” Wenthur concluded.