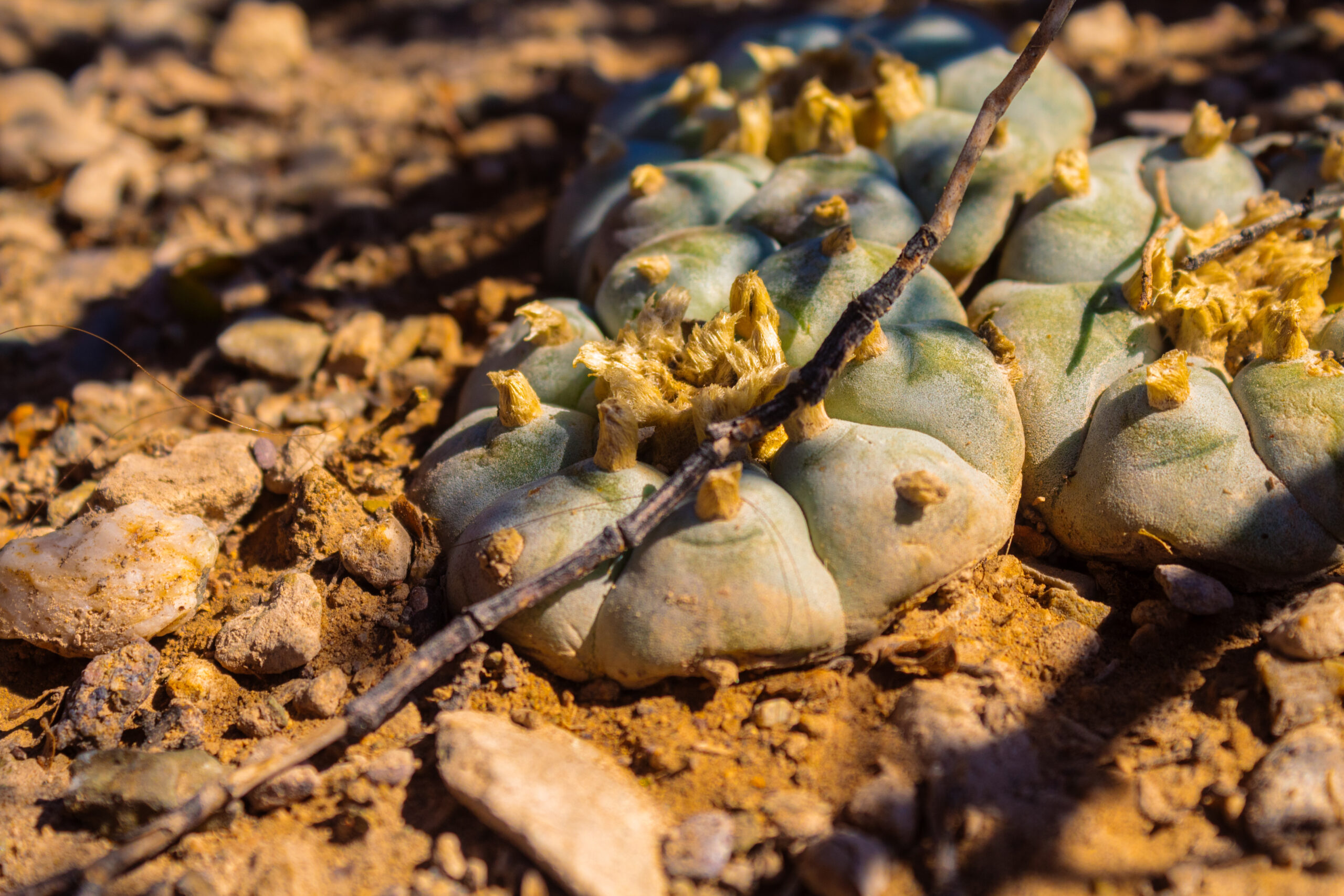 A cactus and peyote conservation group is raising concerns about the California bill aimed at decriminalizing psychedelics for excluding peyote cultivation from its language, as the new legislation continues to progress in the State Senate.

“We believe that legal cultivation is critical to the survival of peyote in its native habitat and highly recommend that SB519 be amended to allow cultivation,” Steven van Heiden, co-founder of Cactus Conservation Institute (CCI) wrote in a letter addressed to Sen. Scott Wiener, who sponsored the bill to decriminalize entheogenic plants and fungi.

In his bill aimed at decriminalizing a broad spectrum of psychedelic substances in California, Sen. Wiener specifically excluded peyote and its ‘cultivation, harvest, extraction, tincture or other product manufactured’ on the basis of its endangered status and the spiritual value it holds in the Native American culture.

Peyote Conservation: Where Does the Problem Lie?

Van Heiden says that the exclusion is ‘counterproductive’ to peyote’s conservation. He told Truffle Report that the biggest factor harming peyote is extensive harvesting and root ploughing which intervenes with the life cycle and natural restoration of the plant. “The problem is based around the fact that there aren’t enough supplies most years and then everyone [from the NAC community] has to figure out where and how to find the plant,” van Heiden added.

Peyote cacti grow naturally in South Texas alongside the Mexican border. Following an amendment to the American Indian Religious Freedom Act in the 1990s, Texas allowed the legal extraction of peyote exclusively to Native American Churches [NAC], as it constituted an integral part of their rituals. The state also became the loci for most Native American Churches across the country to legally seek the sacrament. At present, there are about four licensed peyote distributors in Texas, registered with the Texas Department of Public Safety (DPS) and the U.S. Drug Enforcement Administration, who were responsible for reporting their harvest as well as sales to the authorities annually until 2016.

While Texas allows the harvesting of the psychoactive plant, it forbids cultivation. That means the only way to restore peyote is to let it grow wild, entirely dependent on the methods of harvesting and sometimes, weather conditions. “What [private] contractors do is they take out a lease, typically for a one-month period, and remove as many plants they can find. The worst challenge is that 2-3 years later, they revisit the same place and don’t give time for restoration,” van Heiden said, expressing his concern.

This loss is not easily replenished. It takes between 12-16 years for the cactus to grow and produce the peyote button. Now, with an estimated 500,000 NAC members in need of their sacrament, there’s a surge in demand with no alternate solution in sight.

How Can California Solve the Problem?

Texas’ laws don’t seem likely to change any time soon, but there is an opportunity to preserve peyote plants in the golden state.

California, which has a climate suitable for peyote growth, also doesn’t currently allow the cultivation despite the 1994 amendment. “If California does respect the federal law, there are provisions inside the Controlled Substances Act that allow peyote cultivation by peyote using people.”

With the ongoing efforts to decriminalize simple possession of psychedelics in the California state legislature, Native American Churches now have another chance to request legal cultivation of peyote for religious purposes as part of the ongoing conversations around psychedelics, and to save the plant from potential extinction by over-harvesting.

In his bill, Sen. Weiner proposes to allow “the possession, planting, cultivating, harvesting, or processing” of psychedelic plants for personal use or social sharing while specifically excluding peyote. “This is a crisis in the making because anything that delays implementation of cultivation of peyote in the future is actually causing harm to NAC in a big way, even if it’s supporting NAC,” van Heiden says.

In recent years, conservation groups have expressed dissatisfaction with activist group Decriminalize Nature’s local efforts to decriminalize entheogens that also included peyote. The substance was later dropped from city resolutions following the request by NAC to preserve it.

“What I would suggest is that cultivation needs to be clearly defined as a permissible activity. If they have to draw a line, the line should be drawn with peyote that’s produced for authorized consumers [NAC],” van Heiden says.

In a recent dialogue with Indigenous Peyote Conservation Initiative (IPCI) and Dr. David Bronner, it emerged that planning to establish cultivation methods for peyote is already underway within a larger program of education and repopulation efforts, van Heiden shares. Further suggesting a greenhouse establishment for conservation, CCI says, “legal cultivation in California could help to preserve and protect the cultural and religious traditions of the NAC and other indigenous peyotists residing in California.”

On the issue of poaching, he clarified that there is no evidence that changes in California law pertaining to peyote would increase poaching of the plant in Texas. Instead, allowing cultivation would diminish poaching of peyote, while reducing demand for wild-harvesting of plants.

CCI recently released a clarification for its letter addressed to Sen. Weiner, stating that although it made a suggestion for peyote conservation, the organization “takes no position on the aims or political goals of Decriminalize Nature and has no official stance on decriminalization for personal use.” The letter also emphasized that peyote conservation doesn’t imply stopping supply for religious use, but instead asks for the safety of both religious practices and the vitality of peyote.