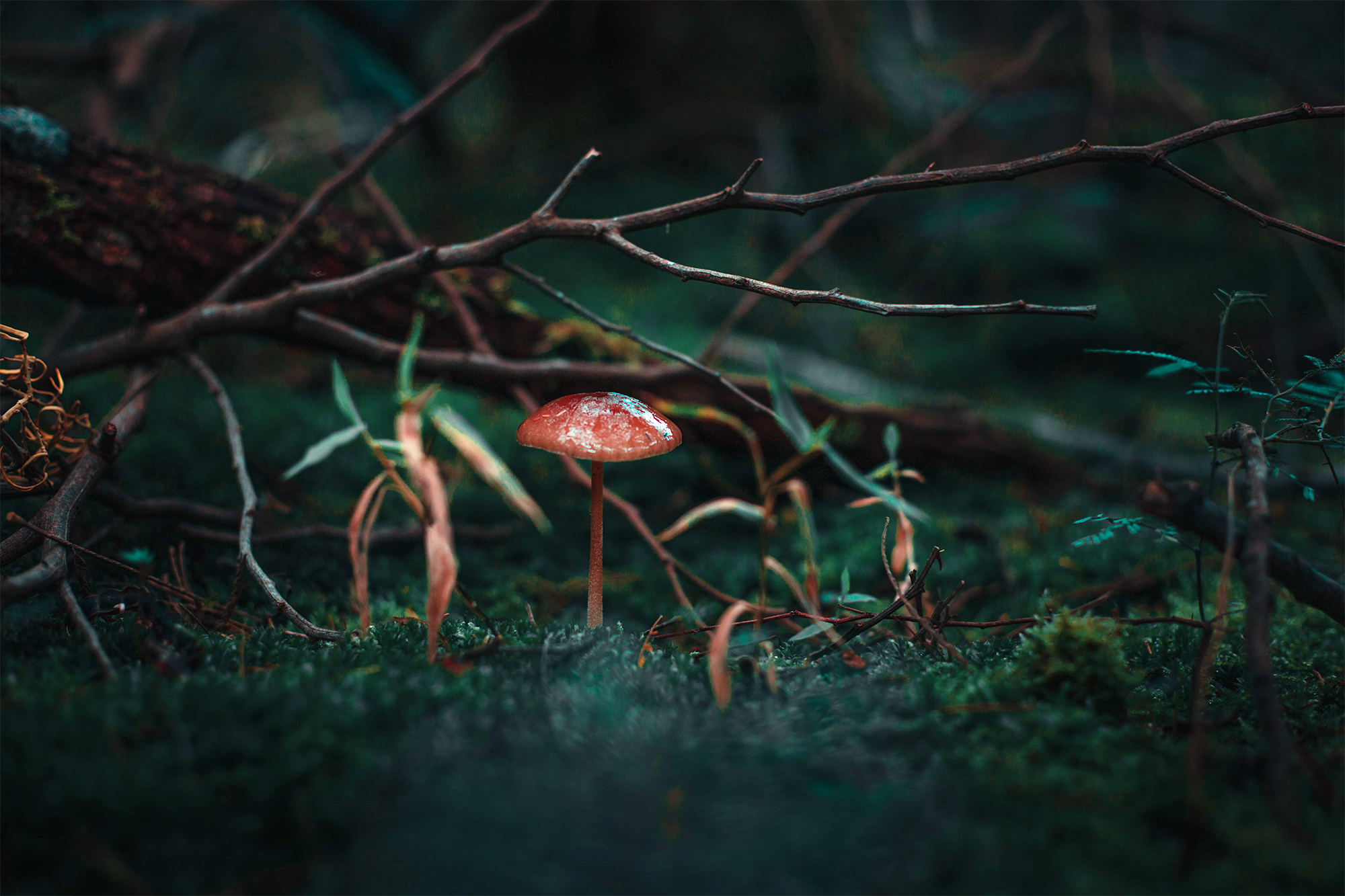 Paul Stamets wants us to think more about the power of mushrooms, and not just the magic ones. Make no mistake, the largely self-taught mycologist certainly has opinions to offer on the many species of psilocybin mushrooms, going so far as to name one of his children after one. He’s also a proponent of the so-called “stoned ape” theory of human neurobiological evolution, but that’s only the cap of the much larger and deeper fungal organism.

In every conceivable way, Stamets has devoted his life to expanding knowledge around the millions of species of mushrooms, in an effort to build a bridge between people often-overlooked order of life on this planet.

Mushrooms, psychedelic or otherwise, have a key role to play in the natural world, our diet, and very possibly our evolution into the species we are today. In his role as author, speaker, entrepreneur, teacher, and advocate for all things mycelial, Stamets has engaged in a colourful, decades-long quest to bring the health benefits of mushrooms to the forefront of scientific knowledge. The central theme of this mission has been to get people thinking about these organisms beyond just mushrooms for food; about how are relationship to fungi can change, from improving our immune systems to bringing about practical solutions to global problems like climate change.

His claims have, at times, come across as grandiose, but as the Seattle Times reported in the case of experiment with the United States military to clean up toxic wastes, they check out more often than not. His part Stamets’ efforts have made him a successful businessman, resulted in an honorary doctorate, and conferred upon him a popular culture status as a sort of wizardly grandfather, a forerunner to the current interest in psychedelics, testing extracts, psilocybin cultivation, and microdosing culture.

Born in Ohio in 1955, Paul Stamets graduated B.Sc. from Evergreen State College in Olympia, Washington in 1979, and has called the pristine woodlands of the Pacific Northwest home ever since. He concedes that his fascination with mushrooms began with a psychedelic experience.

As a young man, Stamets claims to have suffered from a speech impediment. At the age of 19 or 20, he professes to have been alone during a lightning storm, under the influence of psilocybin, and to have climbed a tree as a result. He’s since clarified that he doesn’t recommend this action to others. While waiting out what must have been an awesome and terrifying experience, Stamets, in an altered state, repeated to himself “stop stuttering now.” It worked, and his stutter vanished.

A far cry from the laboratory, researching the fungal genome, or the office of the companies we might associate psychedelic mushroom research with today, Stamets’ career began as a logger, the time spent in the woods deepening his connection to a range of mushroom species. This dedicated mycologist initially pursued the field as a hobby until going into business for himself.

First among these was Fungi Perfecti, LLC, founded in 1980 while Stamets was undergoing graduate studies in microbiology and currently billed as the maker of “Host Defense Mushrooms.” The idea being that humans are capable of hosting other benevolent life-forms, in this case fungus, that can quell illness and other harmful organisms. It’s an intriguing concept in human health, for which Stamets has spent decades gaining increasing traction with his wife and business partner, fellow mycologist and herbalist Dusty Yao.

Fungi Perfecti began as a seller of high-quality culinary mushrooms, mycological literature, and growing/cultivating kits. It has since expanded, along with the scope of Stamets’ and Yao’s imagination, research, and patents, into a dizzying array of health and wellness products, along with other intriguing mushroom technologies such as a mycological pest control solution.

Science, Books, and Articles on Fungi

While gaining an increased popularity and acceptance in recent years due to the widespread interest in medical and therapeutic psilocybin, Stamets’ work, and starting position well outside of the academic mainstream, hasn’t always been met with approval. Due to counterculture associations and its associated fears of lost funding, stigma against psychedelics ran deep in academia for decades. Stamets, eccentric, prone to sweeping claims, and working outside of these institutions, once raised the eyebrows of more conventional mycologists. His initial published and peer-reviewed works focused heavily on psilocybes, but he’s since branched out into all areas of mushrooms science. A full bibliography of books and peer reviewed articles by Stamets is available here.

His past and ongoing projects involving mushroom-based solutions to problems large and small run the scientific gamut. Whether trying to save the global bee population from colony collapse, working with the US military, or testing the potential for mycelium to clean up petroleum and chemical spills, Stamets seems willing and able to put mushrooms to work on any task. On his personal website are compiled lists of both projects past and present, and mushroom research resources for the medically curious. Among his current works, in collaboration with scientific organizations such as MAPS and a host of other prominent names researching in psychedelic research is the Microdose.me study, a detailed self-reporting study of microdosers conducted by Quantified Citizen.

Stamets’ Speaking and in Popular Culture

While maintaining his unique outlook and style renowned mycologist Paul Stamets’ decades of work have paid off. He’s managed to gain himself the recognition of the scientific community, as well as the public at large, helping to bring about something of a paradigm shift in the way we biew.

His TED Talk on the “6 Ways Mushrooms Can Save the World”, in which he proposes the concept of mycelium as both sentient and “Earth’s Natural Internet”,  firmly positioned him as a thought leader in fungi, and has been viewed millions of times. He’s received recognition from the scientific community and an honorary doctorate from the National College of National Medicine in Portland. A fungi-obsessed Star Trek character portrayed by actor Anthony Rapp was named in his honor, and Stamets was also featured extensively in the 2019 Louie Schwartzberg documentary Fantastic Fungi. Beyond his personal success and recognition, Stamets serves as an important reminder. Sometimes, with persistence, the fringe can creep its way into the mainstream.