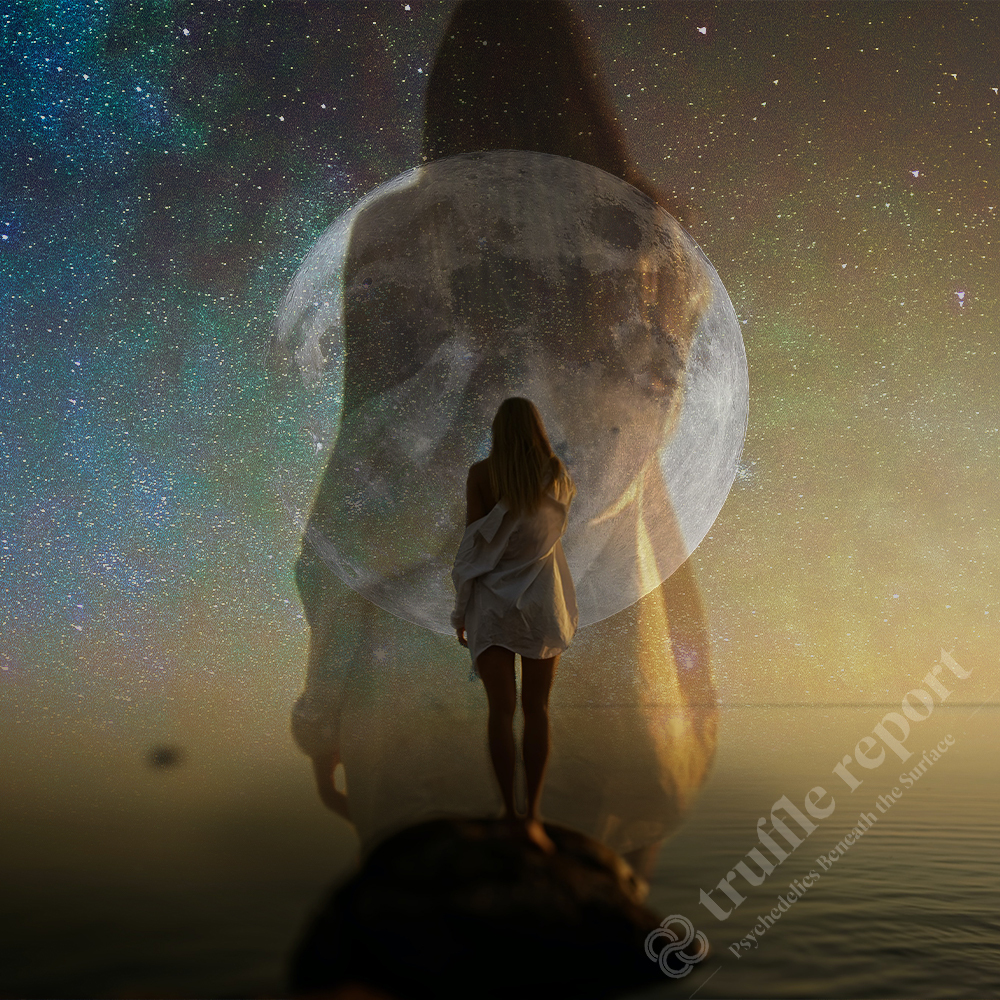 Psychedelic experiences are closely entwined with, and can sometimes alter, one’s sense of self. Profound experiences with psilocybin have caused people to report a stronger sense of who they are in relation to other people and nature. Ego dissolution experiences can cause someone to step outside of their usual thought patterns and examine themselves from a new angle —a powerful tool for personal growth. But what about an experience that causes us to question our sense of self entirely? Some psychedelic users report leaving their physical bodies altogether, otherwise known as an out-of-body experience (OBE). In this instance, the mental self (or soul, if you like) is completely separated from the physical self.

What is an OBE?

Out-of-body experiences are absolutely not exclusive to psychedelic drug use. People have reported experiencing these for reasons as simple as meditation and sleep — or for more intense, external reasons like near-fatal accidents, surgery with anesthesia, torture, or extreme isolation in settings such as see sensory deprivation tanks. They’re often reported to have occurred during near-death experiences (NDEs). For the purposes of this discussion, we’ll be discussing drug-induced OBEs caused by substances like DMT, ketamine, and LSD. For some, an OBE can mean simply floating above one’s own body from a top-down perspective. For others, it might mean travelling to distant, otherworldly planes of existence.

The implications of an OBE can be polarizing, depending on the individual. From a spiritual standpoint, it can be seen as evidence for concepts like the soul or an afterlife. From a scientific perspective, determining the cause of an OBE can reveal how the human brain operates to manufacture a sense of self that exists relative to the rest of the world. A Swiss experiment in 2002 identified the slowing of the temporoparietal junction in the brain as possibly being associated with OBEs. This hub area of the brain processes information from the limbic system, the thalamus, the visual/auditory and somatosensory systems. From this perspective, an OBE is just the brain failing to properly process and combine various sources of external stimuli.

A study that administered ketamine to sheep identified brain phenomena that might account for OBEs. Sheep that were put under by the anesthetic saw very low brain activity under EEG, but when they regained consciousness their brain activity began alternating between high and low frequency. The timing of these changes in brain function corresponded with human reports of OBEs taking place after ketamine administration.

Getting the Terminology Right

Ketamine belongs to the class of hallucinogens known as dissociatives. Dissociatives are known for detaching users from either their environment, or their sense of self entirely. An OBE is a type of depersonalization experience, which can be caused by dissociative hallucinogens. Depersonalization can be unpleasant for the person experiencing it, while OBEs are usually regarded as pleasant and with a greater degree of personal control. As well as detachment from the sense of self, the experience can also distance one from emotions and memories, creating a feeling of apathy. OBEs generally only refer to detachment from the physical body. A different hallucinogenic distortion that occurs alongside depersonalization is derealization —the feeling that your surroundings and experiences are not actually real.

Astral projection is conceptually similar to OBEs and they may even be considered the same phenomenon. The main distinction between the two is that astral projection is usually done intentionally and is regarded as a spiritual practice. Shamanic practices such as those with ayahuasca sometimes involve deliberately entering into an OBE to communicate with and receive messages from the spirit world. This is an example of astral projection.

Which Psychedelics Cause OBEs?

Ketamine, primarily. A survey among drug uses conducted at Ryerson University found that ketamine had the only significant instance of triggering OBEs. Ketamine and the closely related PCP are both anesthetics that are known to act on glutamate — a neurotransmitter involved in memory and reaction to environmental stimuli. Scientists believe that this action on glutamate might largely be responsible for the dissociative effects of ketamine. It’s worth noting that the survey also did not account for the use of multiple substances at once.

Cannabis users have reported experiencing OBEs as well, although these experiences mostly took place after the user was no longer intoxicated. The reasons for this are not known, but it’s possible that frequent cannabis use might increase schizotypal traits that make spontaneous OBEs more likely.

DMT trips are known for sometimes being similar to near-death experiences (NDEs), and they may both result in an OBE. This usually manifests as the sense of travelling through a tunnel towards a distant light, or travelling to a distant place to speak with a spirit or an entity. These are also referred to as “breakthrough experiences”.