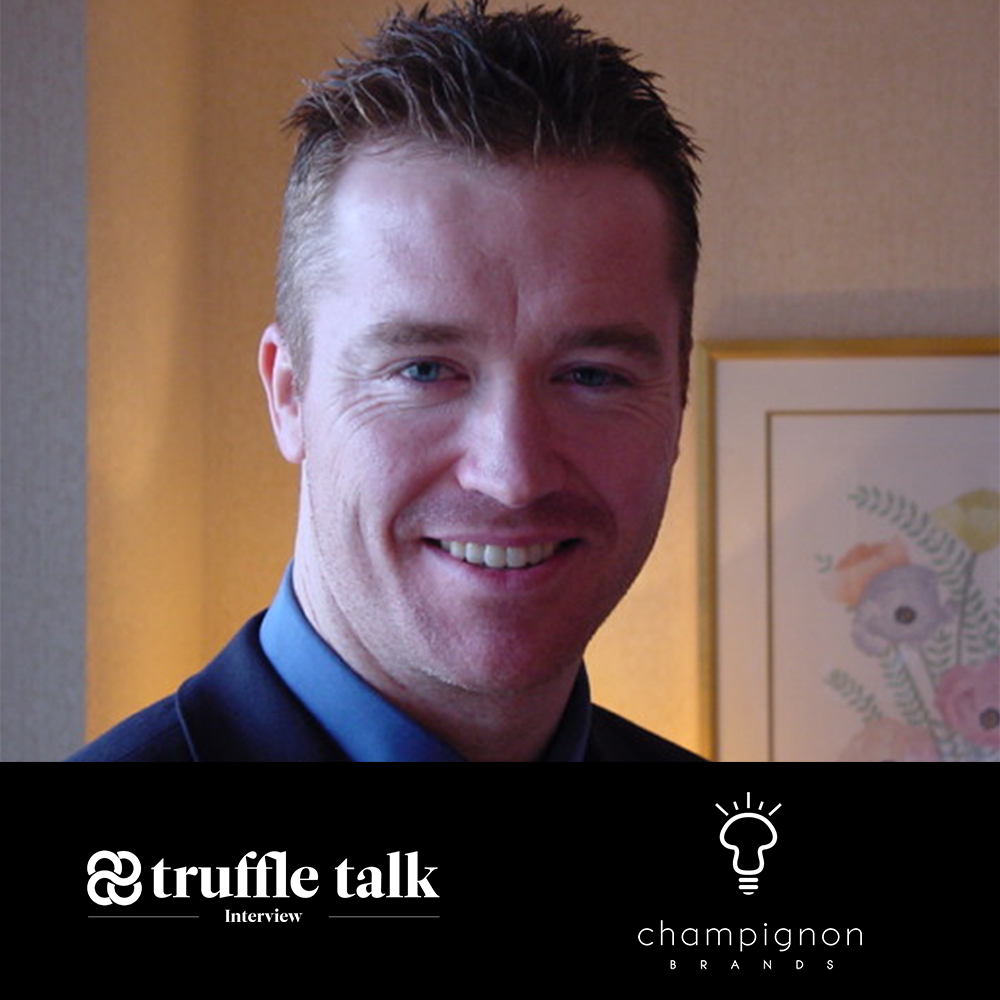 An international expert in depression and suicide, Dr. Roger McIntyre has years of experience in mental health disorders behind him. He is currently a Professor of Psychiatry and Pharmacology at the University of Toronto and Head of the Mood Disorders Psychopharmacology Unit at the University Health Network, Toronto, Canada (UHN). He’s a founder of the Canadian Rapid Treatment Centre of Excellence (CRTCE) and Executive Director of the Brain and Cognition Discovery Foundation in Toronto (BCDF). We could keep going. Truffle Report wanted to know more about Dr. McIntyre and how his insights on psychedelics are shaping Champignon’s strategy.

Beginning with some background, I asked Dr. McIntyre to explain what specifically drew him to psychedelics and Champignon’s principal assets.

“The incentive to pursue psychedelics was provided by the unmet need,” he says. “In other words, the majority of people with depression, are not benefiting sufficiently. If they do, it takes far too long with the existing treatments. We also have staggering, tragic rates of suicide. We needed to do something better for society. Three years ago, I started the Canadian Rapid Treatment Center of Excellence. It was Canada’s first-ever community-based center to offer ketamine to treat people with depression. We’ve since given thousands of infusions. We now have other centers in downtown Toronto, as well as in Ottawa. We are developing our psychedelic treatments that could be related to ketamine or psilocybin. Psilocybin should not be given to people for depression. It’s not evidence-based, it’s not scientifically proven, and it’s not proven to be safe. We’re doing clinical studies in this area to determine the safety and also the applicability of psilocybin for people who have depression and related conditions. My mindset for being here is largely because of the vast experience I’ve had seeing patients with depression, and the years of working with large pharmaceutical companies and developing drugs. Most have fallen short in addressing the needs of our patients. We’ve been able to set up the nation’s first and largest community center for ketamine. And now that’s only just reinforced the advantages of these new treatments that are dealing with the unmet need.”

“Champignon is a company that has acquired the Canadian Rapid Treatment Centre of Excellence and has one overarching mission, and that is to cure depression and suicide in society. The company has two principal assets. First is that it has clinics that give ketamine to treat depression. Secondly, it’s the largest research and development center in the world for mood disorder pharmaceuticals. We are developing our ketamine and psilocybin related products as well as novel delivery systems. The company is expanding clinics, which provide the treatment. It’s also expanding our research footprint as we develop our psychedelic-related products,” he continued.

Being on the frontier of treating depression, mood disorders, and suicidal thoughts, I was curious to have Dr. McIntyre’s opinion on whether psychedelic drugs are an opportunity or a threat for Big Pharma.

“They’re not going to be a big threat to Big Pharma,” Dr. McIntyre started. “Pharma is extremely interested in drugs in the psychedelic space. They know the impact of depression, the economic fallout of depression. Depression therapeutics are enormously valuable and will reward those large companies that can launch products in this area. That’s no longer a theory. Johnson and Johnson, the world’s largest pharmaceutical company, purchased an esketamine last year. In March, it received FDA approval as a drug for depression, so there’s an example of how a company that took a product, psychedelic ketamine, that has been around for over 50 years ago, reformulated it and marketed it.”

“Secondly, the challenge is that people are mixing all these. These are very different drugs. Ketamine is already a legal drug to give people. Psilocybin is illegal, and ecstasy is illegal to give to people. It’s illegal drug possession, so the legal environment has to change. Certainly, there’s a fair degree of intensity of human resources required to implement psilocybin and ecstasy. If it’s even effective, we need to sort out: How are we going to be able to integrate all this psychotherapy with it? Who’s going to do it? Who’s going to pay for all this? The care model and related cost-effectiveness of that care model needs to be established. There are very serious questions about implementation,” he continued.

I asked Dr. McIntyre how he would define psychedelics for his purposes. He replied that the word psychedelic, in this context, is similar to the word antibiotic, acting as an umbrella term.

“There are dozens of types of antibiotics, and they all have different mechanisms, and it’s very difficult to bring them all together. In many areas of medicine, we find it less useful to come up with a name or category that’s just broad, vague and nonspecific, and instead come up with a name that’s describing the mechanism,” Dr. McIntyre said, adding that “Psychedelic is this broad statement that just refers to a psychological reaction when you take a substance.”

“I would not assume that just because one of them is safe and effective, that must be that they all are, therefore, they all should be legalized. I would be only in favour of psychedelics being used in medical supervision in what the FDA would call a REMS, or risk evaluation mitigation strategy. I only see these as being delivered by specialty clinics, under specialty care. I do not say that all psychedelics just get a blanket approval of what’s been shown. Secondly, I also do not at this point in time see how recreational psychedelic use is good for our population. I always see this as medical use for people with major depression and related conditions only given by a specialty clinic, by accredited people, credentialed people, so it’s not being passed out like lollipops at your local candy store,” he continued.

This answer piqued my interest. What should a trained clinician look like, and how long should the training take?

“We’re going to be setting up our training program for therapists and administering ketamine and psychedelics later on this spring. What we can agree on is that training is essential. Secondly is the duration or length of time of the training would not be the primary emphasis. The emphasis of the program is what you’re training them on and what you are trying to teach people. People who enter into this area must be trained on the pharmacology of these drugs. It takes a fair bit of time to learn the science, safety, and tolerability of the efficacy. They need to be trained on, what we call the wraparound are the psychosocial treatments like the psychotherapies, and then understand that not only from an academic perspective but also from a pragmatic perspective and how to do this. There needs to be training on best practices in this space, and on next steps if the treatments are not effective,” Dr. McIntyre explained.

“It needs to be a comprehensive scientifically supported, multi-modular training program. Meaning, at least several days, or certainly, the better part is a week in aggregate of training, of course, there’s going to be ongoing lifelong learning. I don’t think it’s something that a person can just do because they’re interested in it, or because they took psilocybin when they were 16, tripped out, and they’re experts now. There’s the risk of seriously hurting a patient doing that. We’re not going to emphasize the duration, we’re emphasizing the content,” he said.

“We’re trying to develop novel formulations of ketamine that last longer for people, as opposed to only two to four weeks. We’re also looking at psilocybin molecules that might be easier to take, might have fewer side effects, and maybe have a unique delivery system. We’d like to develop our own. What gives us a differentiation or a unique selling proposition here is that we’re the most published center in the world in mood disorder research. Those are the type of credentials that most reasonable people would like to see before they can be sufficiently convinced that any company is going to deliver what they hope to deliver,” Dr. McIntyre explained.

“Currently, we are publishing a lot of studies on the safety of advocacy and how to research ketamine and depression. We’re going to be starting a study in patients with treatment-resistant depression with psilocybin in the second quarter of this year. Thirdly, we’re doing studies with topical ketamine. Topical ketamine is a very promising, easy to deliver form of ketamine, and that’s going to be something we’re testing pharmacologically right now. It’s an opportunity to develop a derivative of ketamine, but it’s also an opportunity to identify new delivery methods. Most of these drugs, like ketamine, have been given IV intravenously. Obviously, putting a lotion on your skin would be much easier than having to attach it to an IV infusion. We’re looking at that, and those studies are already underway as well,” Dr. McIntyre said.

Champignon’s research is focused primarily on depression. However, according to Dr. McIntyre, they are considering looking at other indications, including drug and alcohol use disorders. After acquiring Tassili Life Sciences in 2020, Champignon is now working with the Miller School of Medicine at the University of Miami to study the combination of psilocybin and CBD.

“We have endeavoured to identify a combination of psilocybin and CBD, at least in the animals, the rats. That gives us a reason to believe that it could be helpful for post-traumatic stress disorder (PTSD). These studies start with animals, and of course, we want to get into humans. It’s a really interesting study,” Dr. McIntyre said.

According to Dr. McIntyre, they plan on human studies using a psilocybin and CBD combination in 2022.