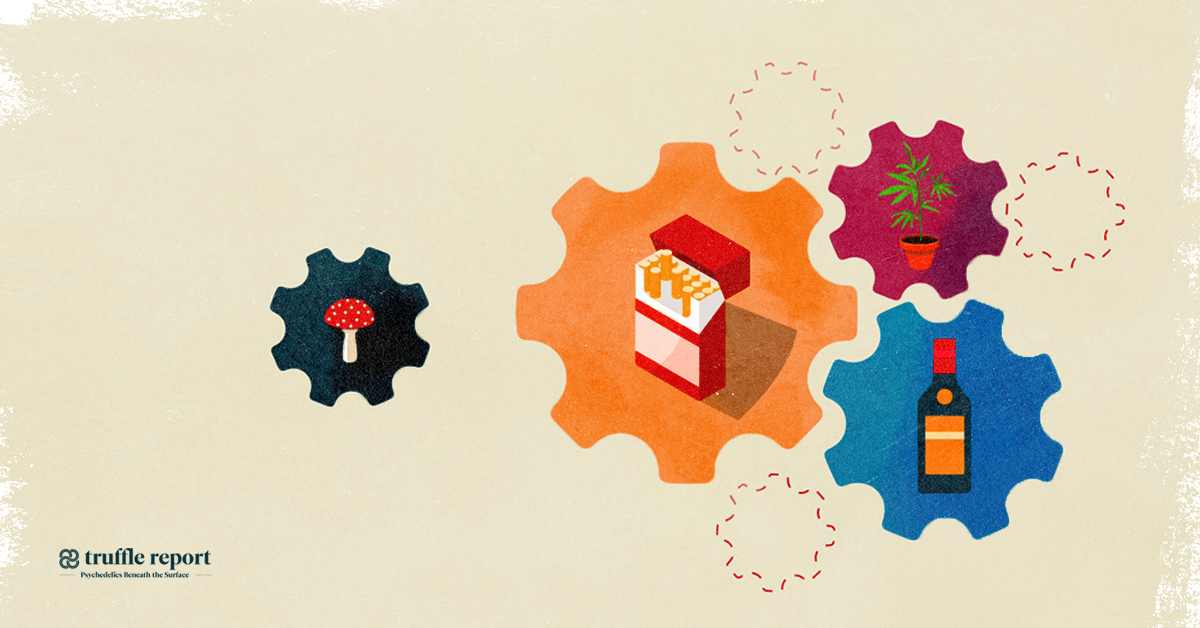 Oregon Psilocybin Board On Track To Meet Timeline Goals

As Oregon progresses toward establishing the first-ever legal framework for psilocybin-assisted therapy in the United States, the state’s new psilocybin board will soon be submitting its first set of findings and recommendations on the medical benefits of psilocybin to its health authority.

Due on June 30, the Oregon Psilocybin Advisory Board (OPAB) will be sharing a report on its findings on the ‘available medical, psychological, and scientific research’ concerning the safety and efficacy of psilocybin in treating mental health issues including substance addiction, depression, and anxiety. The report will be handed to the Oregon Health Authority (OHA) and the newly established Psilocybin Services Section.

The first report on these findings will be shared publicly on July 31.

“We’ll be working closely with the advisory board and subcommittees, adopting rules and regulations,” says Angie Allbee, Manager of the Psilocybin Services Section. “Because we’re building a comprehensive regulatory framework, we have to ensure that we meet our implementation deadlines within our budget, to create a sustainable program and, ultimately, ensure the safety, effectiveness, and equitable access to psilocybin services,” she adds.

The State of Oregon entered a two-year psilocybin development programme on January 1, 2021, as a result of ballot Measure 109, which legalized the medical use of psilocybin via a ballot vote in November 2020. Following that, Governor Kate Brown allocated a budget of $5.6 million for the implementation of M109.

Discussing the status and upcoming deadlines for the OPAB, Allbee shared that besides the first report due at the end of this month, the board is also working towards framing regulations. “We’ll be drafting rules and regulations which includes a framework for accepting applications to produce, sell, or administer psilocybin. We’ll be developing an application and licensure process,” she tells Truffle Report. The board, with the Psilocybin Services Section, will be making recommendations to the OHA further defining and setting the stage of minimum requirements to be a facilitator.

Since psilocybin is a Schedule I controlled substance under the Controlled Substances Act, there are no existing laws regulating the legal use of the drug in the U.S. at this time. In a situation comparable to cannabis, Oregon is poised to set a historic precedent by providing a functional legal framework, allowing psilocybin for clinical purposes.

“We have an enormous responsibility to ensure that we create a successful regulatory framework and that we continue learning, assessing, and evolving in a way which centers on the client receiving services and continues to help people living in the state with mental health challenges,” Allbee says.

The board was established with equity and diversity in mind. Allbee shared that OHA is “learning to identify institutional bias and racism” that has disproportionately impacted communities of colour, and people with disabilities.

“We’ve been transparent about our commitment to health equity, and we’re working towards a strategic goal of eliminating health inequities by 2030,” Allbee shares. “Throughout this entire process, from an agency perspective, we’ll continue to apply a health equity lens as we build out these programs.” It’s an approach which Allbee says also emphasizes making the services affordable.

After the ballot was successful in November, the Oregon Psychiatric Physicians Association (OPPA) expressed their concern on the passing of the ballot, centred around the safety of the substance. “We remain concerned that psilocybin is not FDA approved, clinical trials are still ongoing, and psilocybin administration would not require medical oversight for the treatment of Oregonians with mental health conditions.” Although, it added the association would still work with OHA and OPAB to make the medicine as safe as possible.

“Safety is foundational for ensuring that psilocybin therapy becomes sustainable as a therapeutic option in Oregon,” Allbee says. “Because we’re the first state to develop a comprehensive regulatory framework, setting the stage for the minimum requirements, and a standard of practice, it will be a part of the process moving forward. And safety has to be at the center of that because we need to make sure that this is an effective and viable therapeutic option for the client,” she emphasized.

Since Oregon’s historic move, multiple states including California, Texas, Vermont, and New York have filed some form of drug policy reform aiming to either decriminalize all drugs, reclassify psychedelics, or to launch research into medical applications for controlled substances.

Democratic U.S. Representatives also recently introduced a bill proposing to decriminalize all drugs federally, timed with the 50th anniversary of former President Richard Nixon’s declaration of the War on Drugs.

While inspired by the success of Oregon’s Measure 110 that decriminalized controlled drugs in the state, Queen Adesuyi, Policy Manager for Drug Policy Alliance told Truffle Report in an interview, “Because of the federal level, there’s a difference in terms of the approach with focus at the Congress in tackling this issue.”