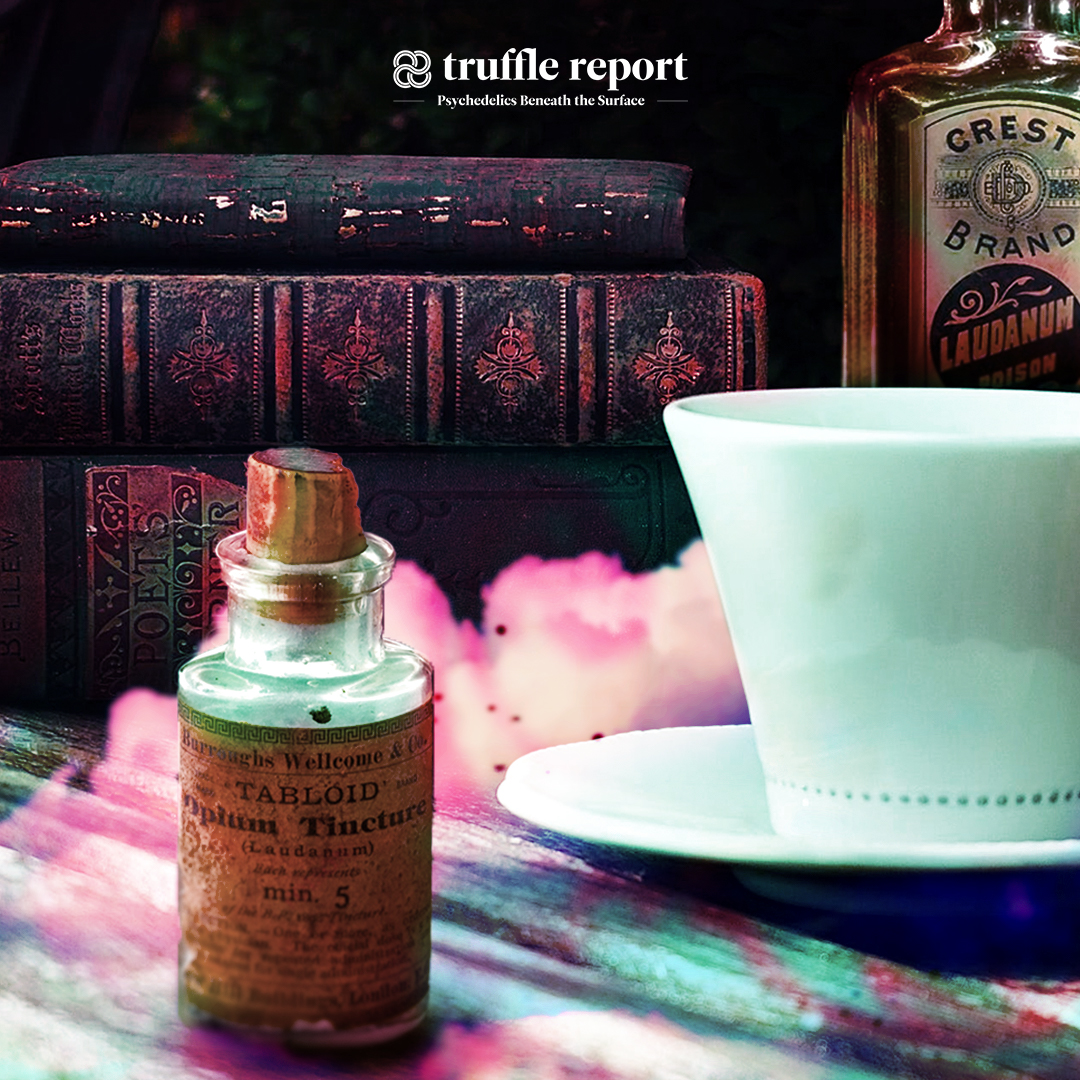 Opium and the 19th Century Romantics

It’s no secret that the visions produced by psychoactive substances have a history as aids for creative pursuits. Several 20th century authors are known for taking psychedelics to assist them creatively — notably Jack Kerouac, Aldous Huxley, Ken Kesey, and Hunter S. Thompson. While you might not associate drug use with 19th century British poetry, opium was used by poets and authors of this era in the same way the aforementioned authors used psychedelics. In the romantic era of 19th century British literature, opium could be both a creative and a destructive force in these authors’ lives. At the time, opium’s narcotic and occasionally psychoactive effects were useful for writing in a way that reflected shifting social issues.

What Was Romantic Literature About?

It’s actually a complicated topic to address, since the term “romantic” has had shifting meanings throughout the centuries. In the 17th century, it was used to refer to the emergence of fictional novels that used local languages and vernacular, as opposed to religious texts written in Latin that had previously dominated bookshelves. In the 19th century, romanticism emerged more as a response to the 18th century age of enlightenment, which had emphasized science and reason as the defining feature of mankind. The romantic period began near the end of the 18th century and continued into most of the 19th century. By contrast, romantics emphasized emotion and the subjective individual experience, instead of collective science and reason. The emergence of large, crowded urban centres with poor living conditions brought on by the industrial age also led to the romanticism of nature and country living. In romantic literature and poetry, the authors’ subjective feelings and experiences took centre stage, often coupled with imagery that positioned nature as a powerful force to be reckoned with.

So at this point we have a group of authors, like Samuel Coleridge and Thomas De Quincey, focusing on subjective emotional experiences and powerful imagery. “Waking dream” states that were facilitated by opium could allow these authors to peer into images directed by their subconscious, which could then feed into their writing. It probably didn’t hurt that it could also relax them while they worked.

There’s a deep historical irony to the manner in which these writers were introduced to opium in the first place. The surge in opium use that took place throughout 19th century Britain has some very real parallels to the opioid crisis of today. In the late 1990s, pharmaceutical companies pushed prescription opioids with assurances that they would not cause dependence, which led to the over-prescription of opiates as pain medication. Widespread addiction followed, and continues to this day.

In 19th century Britain, the concept of addiction was not yet well understood, so opiates, along with a staggering variety of other narcotic substances, were prescribed for all kinds of maladies — including coughs, hiccups, toothaches, and digestive upset. Tons of patent “medicines” containing opium were widely available for purchase from businesses such as barber shops, confectioners, and ironmongers. This continued until the passing of the Pharmacy Act in 1868, meant to stem the resulting widespread addiction.

Romantic Authors and Their Opium

While opium use flourished and became common throughout Britain, romantic authors and poets were usually introduced to it as treatments for pain relief. One of the most famous examples of opium use being portrayed in romantic literature is Thomas De Quincey’s Confessions of an English Opium-Eater. De Quincey had started taking opium medication to relieve the pains from a toothache in 1804.  The book first focuses on the euphoric experiences felt by De Quincey as he starts using opium, while the latter portion of the elaborates on the intense and painful withdrawals he experienced after. It was notable as the first work of literature at the time to clearly portray addiction and withdrawal. Upon being published in 1821, it received a mixed response —but De Quincey’s visceral and realistic portrayals of opium use had a lasting influence, inspiring writers like Jack Kerouac and Hunter S. Thompson.

Samuel Taylor Coleridge had begun taking opium for pain relief in 1791, and it went on to influence his work as well. Coleridge admitted that Kubla Kahn was partially inspired by dreams during a prescription-induced sleep. His 1803 work, The Pains of Sleep, are a reference to the nightmares he experienced during opiate withdrawal:

Coleridge’s work, like De Quincey’s, reflects both the energizing creativity of opium use, along with the debilitating effects of addiction. Research into the long-term effects of opium use were lacking at the time, so these works offered a window into the poorly-understood experiences of addiction and dependency.

Coleridge and De Quincy were far from the only writers of romantic literature to use opium. Nearly all of the other prominent romantic writers did as well, including Percy Shelley, Charles Dickens, and Elizabeth Barret Browning. The works that reference the highs and lows of opiate addiction are a precursor to the crushing realities of addiction which plague so many people today.

It’s possible that a great deal of pain and suffering might have been avoided if pharmaceutical reps in the 90s had been more familiar with 19th century British literature.