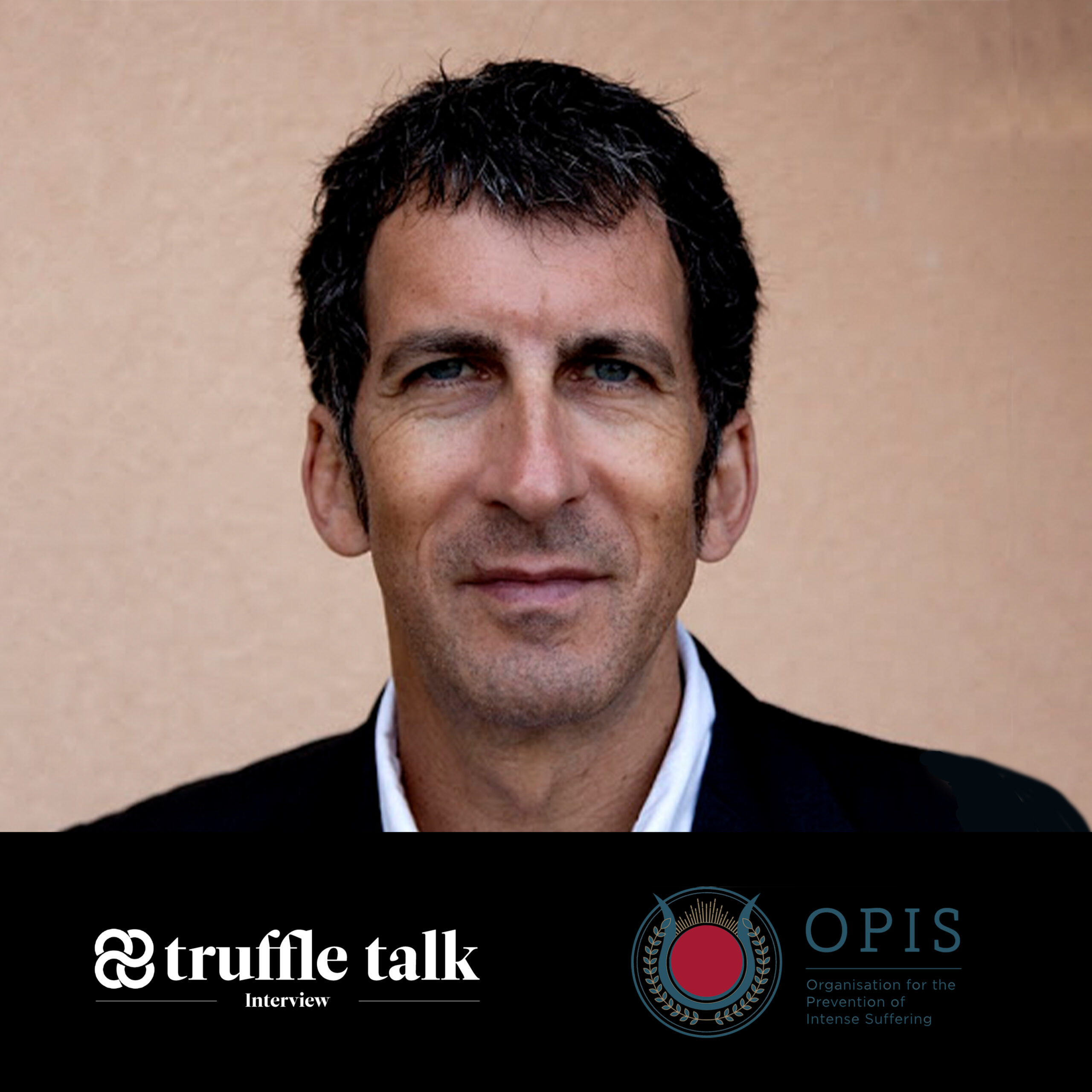 As we’ve previously discussed, psychedelic drugs are currently undergoing clinical trials as a possible treatment for cluster headaches, a rare but excruciating medical condition. Truffle Report decided to speak with Dr. Jonathan Leighton, executive director of the Organisation for the Prevention of Intense Suffering (OPIS), a non-profit organization based in Switzerland, about why it is important to remove legal barriers to psychedelics for cluster headache patients.

Dr. Jonathan Leighton and History of the OPIS

Dr. Jonathan Leighton is the executive director of OPIS, a non-profit think-and-do tank working to build and promote the compassionate society of the future. Before getting to OPIS itself, we asked for some information on his background.

“I started my career as a research scientist in molecular biology,” he says, “I was motivated by the idea of making a difference somehow in the world. Because I was always drawn towards science and have scientists in my family, I was expecting that the way I would contribute to the world would be through biomedical research to try to help cure a disease like cancer. So, the scientific perspective on the world, and the scientific approach to problem-solving, is part of the approach I take and part of how I think. Along the way, I decided that I was interested in the bigger question of what matters and really trying to understand how the world works and how we can get our priorities right. This led me to write a book about ethics and society in a world where things just happen because of physics (The Battle for Compassion: Ethics in an Apathetic Universe). Before setting out to write more books I wanted to start putting these ideas into practice. Soon after I decided to start an organization that would be dedicated to promoting these ethics.”

OPIS was established in June 2016, as an answer to those bigger questions.  “OPIS was founded with some very clear ethical principles in mind, and the ethics are based on deep reflection about what matters. The perspective that most of us share, everybody who is within OPIS, is [that treating] suffering, especially intense suffering, is the thing that matters most,” Dr. Leighton says, “We’re dedicated to addressing specific causes of suffering that we can do something about, that we think are important because of the intensity of the suffering, and potentially the number of individuals it affects, and where we think that we can actually do something. Then more broadly, how do we promote the ethic of non-suffering in governance? So that governmental decision-making mechanisms will attribute the urgency needed to relieving these kinds of suffering.”

Psychedelics as a Treatment for Suicide Headaches

With the knowledge of Dr. Leighton and OPIS’s background, we asked the question, how can psychedelics help patients suffering from cluster headaches? Why now?

“We were already aware of cluster headaches as one of the most excruciating conditions. It was one of the sources of suffering that we thought we might perhaps address eventually, and that we would want to call attention to. Then we became aware that there are substances that seemed to be very effective in treating them, and that they’re not widely known or widely available. Our initial interest was in DMT. It was one of our advisors, based in California, who came across various anecdotes of DMT being taken by people who had a cluster headache and the attack evaporated within seconds. It was just dramatic. At that point, I wasn’t aware of the other available medications, whether standard or alternatives. But the initial thought was that we need to let people know about the benefits of DMT and push for widespread availability,” Dr. Leighton explains.

“I then became aware that there’s a lot more evidence for the usefulness of psilocybin and there are many more patient reports. And more than that, whereas DMT seems most useful as an abortive, although it can lower the frequency of attacks as well it seems, there are so many patient accounts of psilocybin not just shortening cycles but preventing entire cycles altogether. For many patients with cluster headaches, psilocybin mushrooms have been life-changing,” he continues.

With the evidence established that several psychedelic drugs can be effective for many patients in stopping the cluster attacks, sometimes within a few seconds, OPIS is advocating on behalf of the sufferers to remove the legal barriers to psychedelic treatments. The organization issued a policy paper advocating for the legalization of psilocybin for the treatment of cluster headaches on November 10, 2020. The paper’s recommendations include allowing doctors to prescribe currently illegal psychedelic substances, such as psilocybin, LSD, DMT and 5-MeO-DALT to patients with cluster headaches. We asked Dr. Leighton about the goals and the course of the initiative.

“We’re trying to call awareness to the evidence. It’s clear that there’s already a huge amount of evidence from patients and their experiences that have been collected in surveys and written about in various online groups. We want to bring together the arguments and give some indication through very real-life examples of how these substances have helped cluster headache cases. We put this together in a policy paper, that makes the argument that we need to lower the barriers, and that first of all, doctors should be legally allowed to prescribe these substances. And secondly, that we need to remove the legal barriers so that patients are not treated as criminals and cannot be prosecuted if they’re trying to relieve their own symptoms. It’s ethically unjustifiable to treat somebody as a criminal if they’re simply trying to relieve their pain, and they’re not causing harm to anyone else,” Dr. Leighton tells us.

When asked to describe what steps governments should undertake, Dr. Leighton explains that they “left a bit open the precise steps that the government could take. What we’re doing here is to display the problem in all its urgency and indicate the obvious paths to resolving it. I think the most important thing at this stage is to make people aware that the status quo is entirely unacceptable when people are in such excruciating pain and there are solutions available.”

However, when it comes to pushing for legislative changes, Dr. Leighton stresses that it’s good to keep the expectations low.

“It varies from country to country, and we’ve been focusing on a few countries where we have better access to the government and might have a better chance of changing things. We’ve got a good collaboration in the UK and our policy paper has been sent to the MPs there that are interested in drug policy, and it will be sent to those interested in mental health as well. We also have some very good connections in Canada, and we’ve been in contact with one MP who’s very prominent in pressing for the decriminalization of drugs. In Finland, the policy paper has been sent to many MPs, including some who are in favour of decriminalization. That doesn’t mean that things will change immediately. We’re hoping to advance the discussion, and open minds to moving things forward,” Dr. Leighton explains.