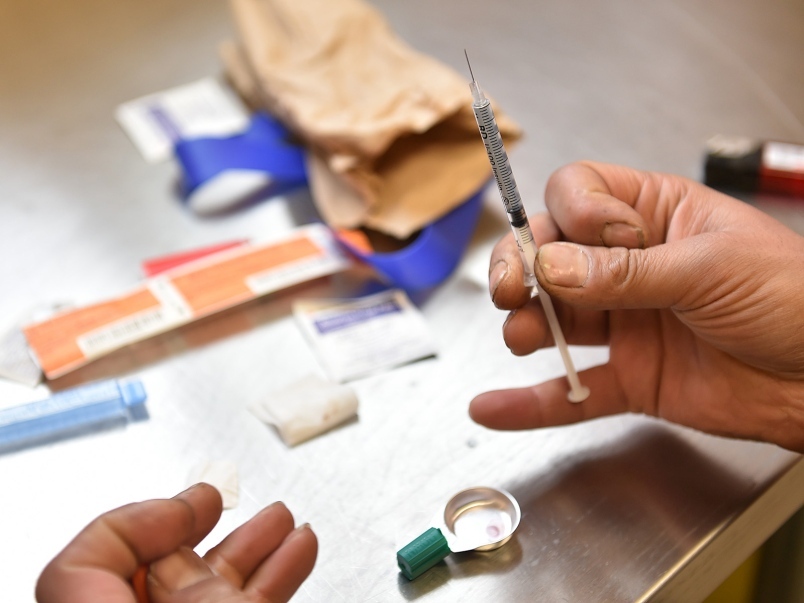 The City of Vancouver once again finds itself the first to try and decriminalize among Canadian jurisdictions, with the passing of a motion through city council for the decriminalization of drug possession on November 25, 2020. The next step is to wait for a federal nod on the motion before any changes can be implemented in the city. It seems simple and easily aligned at a first glance, but is more complicated than you think.

In legal terms, the city seeks an exemption under section 56 of the Controlled Drugs and Substance Act (CDSA), requesting permission for Vancouver residents to possess small amounts of illicit drugs like cocaine, meth, or heroin without consequent criminal charges. However, while they may appear similar, decriminalization at a municipal level and seeking exemption under Section 56 from the federal government are actually two different approaches to the same goal. Vancouver chose Section 56 of the CDSA.

This looks like a high-risk step by the Vancouver council, standing at the crossroads of getting approval or being denied the ability to move forward with the exemption. “If the federal government says ‘yes’, it would be great. “But there’s no way of knowing this,” says Mark Haden, Executive Director of MAPS Canada and an Adjunct Professor of the UBC School of Population and Public Health. It’s hard to predict the federal response since there is no precedent for the federal government in any other jurisdictions.

Referring to the Vancouver Police Department’s report on decriminalizing cannabis sales in the city in 2015, Haden says, “I think they [Vancouver city council] could’ve been a little more proactive. They could’ve just decriminalized drugs because there is a precedent for that. Instead, they have asked for permission from the federal government, when quite frankly, they don’t need permission.”

Section 56 of the CDSA gives the option of not criminalizing drugs in the interest of research or health reasons. Following the set guidelines, Health Canada has exempted at least 13 patients to undergo psilocybin-assisted therapy since August of this year. The federal government is being cautious before granting exemptions to individuals asking for access to restricted substances. Most of those who were exempted were required to present a set of legal documents to Health Canada. However, in Vancouver’s situation, the entire jurisdiction has requested a legal exemption.

While the federal decision is awaited, Haden adds that the unprecedented times of COVID-19 and a stark rise in deaths due to opioid overdose may make a strong case for the federal government to allow simple possession.

Vancouver has seen over 1,500 deaths due to overdose since British Columbia’s provincial government declared an opioid overdose emergency in April of 2016. Adding to the issue, the COVID-19 pandemic has turned 2020 into Vancouver’s worst year yet for opioid-related deaths, with at least 300 overdose fatalities so far. The BC Coroners Service recently announced that five British Columbians on average are dying from overdoses every day throughout the province.

“But what if they say no? The city has a precedent for decriminalizing drugs without asking for Permission. When cannabis was decriminalized in Vancouver, there was no Section 56 requested. They just did it,” Haden refuted.

Haden, then, explained his opinion: “If you take the report from the Vancouver Police department saying ‘we’re no longer need to report cannabis crimes’ and delete the word ‘cannabis’ and add the word ‘cocaine or heroin or meth’, exactly the same logic applies. Essentially, it says that policing against cannabis doesn’t work, which is true, and policing against drugs doesn’t work.”

‘It’s a Waste of Resources’

The city of Vancouver urgently needs a  solution to prevent opioid-related deaths. While many provisions have been put in place, decriminalizing simple possession seems like the only option yet to be experimented with. To expedite the process, Haden believes that the Vancouver city council should have implemented the laws at a municipal level without the federal government’s intervention.

Haden, also a veteran of addiction work and Vancouver resident, presented Truffle Report this list of arguments for decriminalization in his own words.

Ottawa may reject this request. That may be the point of making it this way.

As bad as the death toll in British Columbia has become, decriminalization remains a contentious political issue, as well as a public health discussion.

Vancouver’s insistence on taking this issue to the federal level, rather than engaging in the more unilateral local action seen on cannabis, could be a sign of cooperative action during a period of overlapping crisis. Frankly, despite similar policy options being available, we do not feel that cannabis use and the opioid crisis are really comparing like with like.

More pessimistically, it could be a political hot potato. However much Vancouver may acknowledge the need for change, it’s hard to imagine a local politician not sweating at the idea of political fallout from this decision. The fact that the vote among the city council was unanimous might suggest a sort of compromise between political factions within the city government. If Ottawa rejects the proposal, at least local councillors will be able to say they tried. If decriminalization moves forward, then it will be with the blessing of Parliament and Health Canada, and any political blowback will by extension fall on these bodies, and the Trudeau administration, as well as local officials.