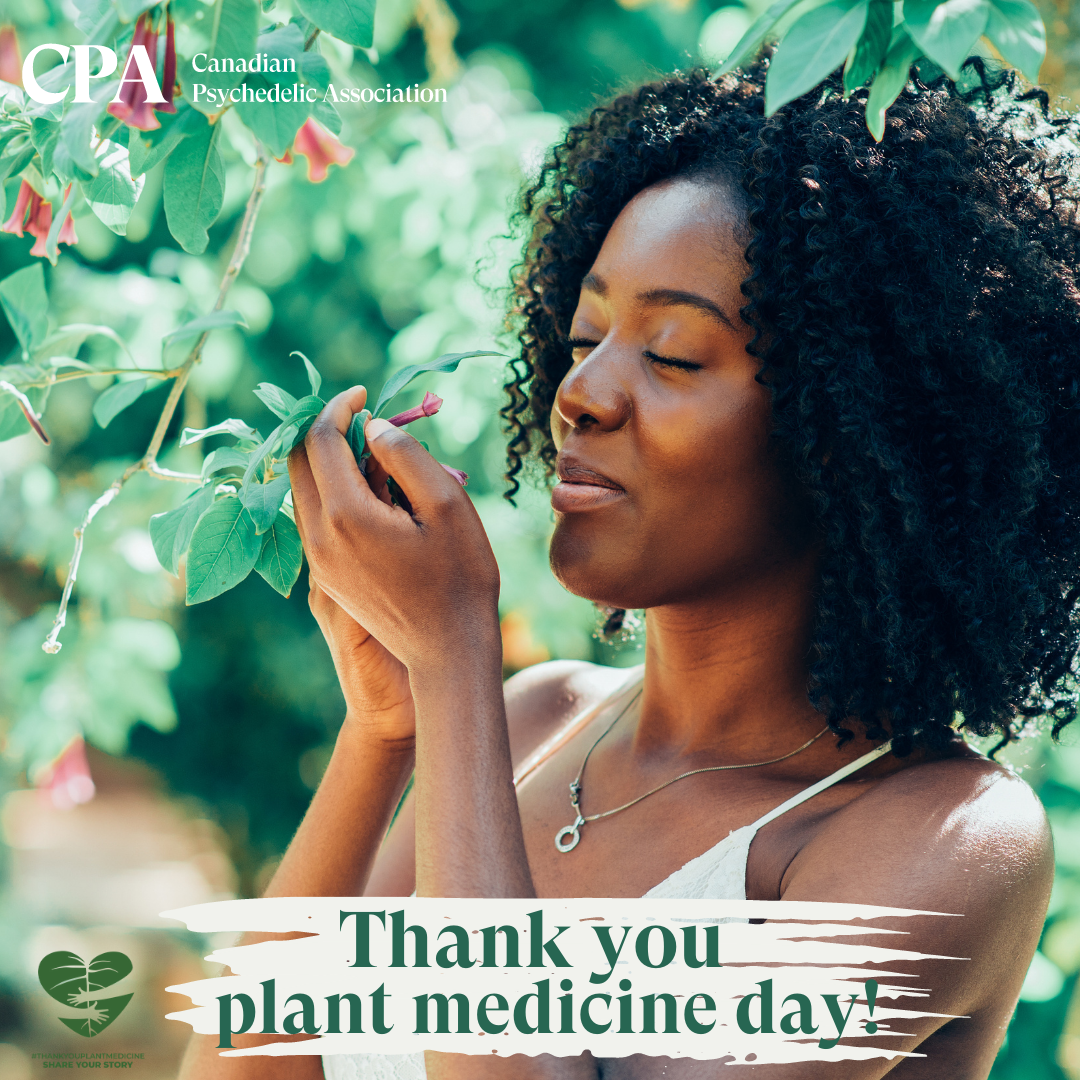 On Thank You Plant Medicine Day, Tell Your Psychedelic Stories

We need to come out of our psychedelic closets, according to leaders in the psychedelic activist movement. Today is the day.

There is a growing acceptance of plant medicines, entheogens, and psychedelics as scientific research and anecdotal stories continue to surface almost every other day. A staple of the counterculture movement frowned upon for half a century is now a way of seeking mental well-being. In 2021, the benefits of psychedelic plants are not just limited to hippies on spiritual quests or Silicon Valley tech employees looking for peak performance. Even lawmakers in the United States are able to embrace the medicinal aspects of psychedelics, very much visible by the slew of decriminalization bills in state legislatures in recent months.

However, there is still a strong stigma attached to psychedelics. The War on Drugs begun by the Nixon administration failed to stop drug consumption, but succeeded in creating fear, specifically surrounding their use in already marginalized communities. The only way to de-stigmatize psychedelics is to talk about entheogenic plants openly.

The 20th of February was adopted as Plant Medicine Day in 2020 to raise awareness and celebrate the benefits of psychedelic plants. The movement is a way of ‘organizing global waves of gratitude’ and encouraging people to come out with their stories of healing and transformation. This year, people are actively sharing their stories on social media with the hashtag #ThankYouPlantMedicine.

David Grillot, one of the co-creators of Thank You Plant Medicine, shared that the idea was conceived during the World Ayahuasca Conference in Barcelona last year, and now has over 200 partners in the campaign. “The campaign is to invite everybody who has benefitted from plant medicines to share their story together on February 20th. We want everybody to share their stories using the hashtag. We’re hoping to get over 20,000 stories shared. Last year, we got around 10,000,” Grillot says.

“The Thank You Plant Medicine Campaign is a movement to bring international attention to the importance of plant medicine specifically for healing and mental health and wellness,” Carlos Plazola, Chair of Decriminalize Nature National Board says. DN is a leading advocacy group involved in decriminalization movements across multiple U.S. cities.

Plazola shared his personal experience with psilocybin and ayahuasca. He says, “With my wife and children, I am able to be more aware, more present and more loving than I was before. Before I was often caught up in work, trying to make sure the bills were paid, always thinking about the next project.”

“People need to come out of their closets. Have these substances been good for you? Tell your friends and family because there are a lot of people who need to learn about this and every voice counts,” says Trevor Millar, co-founder of the Canadian Psychedelic Association, a non-profit repository of professionals from the psychedelic community, working towards bringing plant medicines to mainstream conversations.

“We figured that there’s probably just five percent of the population overall that is completely on-board with the psychedelics. In order for the movement to truly move forward, we have to take people who aren’t aware of these substances or people who have been seriously propagandized by the War on Drugs,” Trevor adds.

As we continue to witness the effects of a psychedelic renaissance medically, socially and politically, it is becoming increasingly important to create awareness about these substances, encouraging those with experiences to share and end the stigma. More often than not, plant medicine users stay quiet about their therapeutic experiences because of the harsh laws, or fear of being viewed in terms of outdated, stereotyped images of drug users.

“We really didn’t want to talk about this to anybody. I am a government employee, my husband is a government employee, and we’ve got two little children, and we knew that if the wrong person found out, it’s going to be really detrimental to our lives,” says Melissa Lavasani, Founder and Executive Director of Plant Medicine Coalition, an organization involved in Washington D.C.’s Initiative 81. She shared in an interview, “I had my own preconceived notions about people that took psychedelics.” These changed after her psilocybin mushroom experience.

Campaigns like Thank You Plant Medicines have helped address the stigma around many other causes. Same-sex marriage, acceptance for diversity, and body-positivity are a few notable examples.

Comparing the hashtag to movements surrounding the acceptance of homosexuality, Gillian Maxwell, co-founder of CPA says, “It’s about reducing the stigma and increasing acceptances, and [the campaign] is an incredible tool.” She adds, “It makes a huge difference to have that movement like same-sex marriage and legalizing homosexuality. People are actually coming out of the closet and saying ‘that’s me’.”

The Thank You Plant Medicine organization is hosting a live stream to celebrate the day on February 20, inviting speakers from all parts of the world and diverse backgrounds. “We’re doing an eight-hour live stream. On Sunday, we have a day of sharing circles where people from around the world can get together,” Grillot shares. Almost 100 circles are being hosted from 28 different countries.

“These plants were my allies in healing. They were very giving and supportive of my need to heal but in return, I felt it was my duty to speak on their behalf, Plazola says. He adds, “If anyone has benefitted from these plant medicines, then I encourage them to reciprocate and speak the truth.”