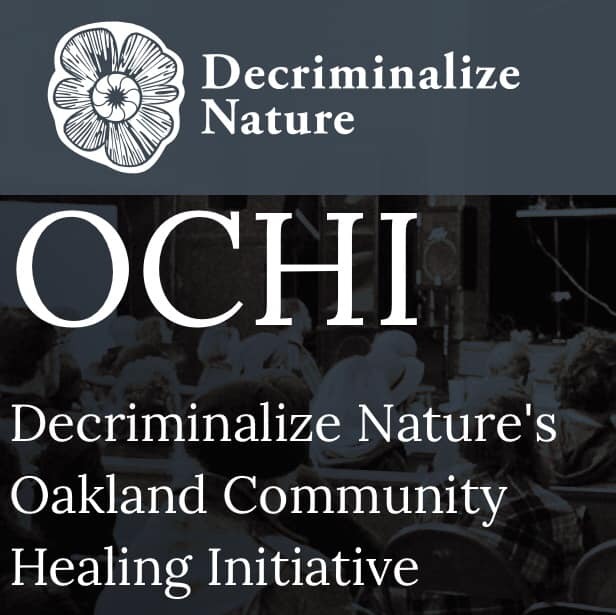 The Oakland City Council voted unanimously on Tuesday to urge the State of California to decriminalize entheogens, protect ceremony and space-holders of ceremonies, and enable legal protections for approaches such as the Oakland Community Healing Initiative (OCHI).

This vote, supporting but not passing the OCHI proposal, comes months after Decriminalize Nature launched it in January 2020. The Initiative requested the council regulate psychedelic use to protect local practitioners “under a community-based healing ordinance” while the practitioners, in exchange, would ensure safe practices by following guidelines during healing ceremonies.

“While this was, in and of itself, remarkable, what was even more remarkable was the coalition of presenters which included: scientists, researchers, pharmaceutical reps, doctors, advocates of the unhoused, veterans, and members of indigenous, Latinx, and African American communities,” Carlos Plazola, founder and national chair of Decriminalize Nature, tells Truffle Report.

OCHI was introduced as an expansion to Oakland’s decriminalization of entheogenic plants in 2019, creating an opportunity for local healers and practitioners to conduct workshops ethically and within the legal framework.

“[This resolution] is important because the state would get ready to evaluate various policy options- clinical, medical, decriminalizing all drugs, entheogens,” Plazola says. Oakland became the first US jurisdiction to decriminalize natural psychedelic plants in June 2019. With this expanded model, it will be the first again to enforce a healing initiative within a legal framework, sending a message to activists and lawmakers throughout the nation.

In an Instagram post shared immediately after the vote, held over a Zoom webinar, Decriminalize Nature shared that the state has been requested to “decriminalize the possession and use of entheogenic plants and fungi, 2) allow local jurisdictions to authorize its citizens to engage in community-based healing ceremonies involving the use of entheogenic plants and fungi without risk of arrest and state prosecution when practiced in accordance with safe practice guidelines and principles, and 3) provide legal protections against criminal prosecution for local jurisdictions and their elected and appointed officials, practitioners and users operating in accordance with the Oakland Community Healing Initiative (OCHI).”

“What we hope to see at the state level is that they create a pilot project template using our OCHI model,” Plazola shares the plans for the next phase. He continues, “the last phase for really getting out the wording of decriminalizing entheogens, not just locally or state-wide but nationally. And then, we brought it back home to manifest that into ceremony and protection of those to hold ceremonies as our community-based healers.”

The non-profit organization is now looking at joining state Senator Scott Weiner in his attempts to decriminalize simple possession of drugs other than entheogens. “Our goal fits nicely with the state’s ongoing effort to develop overdose prevention programme sites where people who are seeking to recover from addiction or who are looking for safe consumption spaces,” Plazola says.

Looking forward to furthering developments in the new year, Plazola shares his optimism, saying, “By February, there should be some language through healthy discussion and debate, and will enable the rest of the nation to learn about the healing power of entheogens and change the direction of the conversation.”