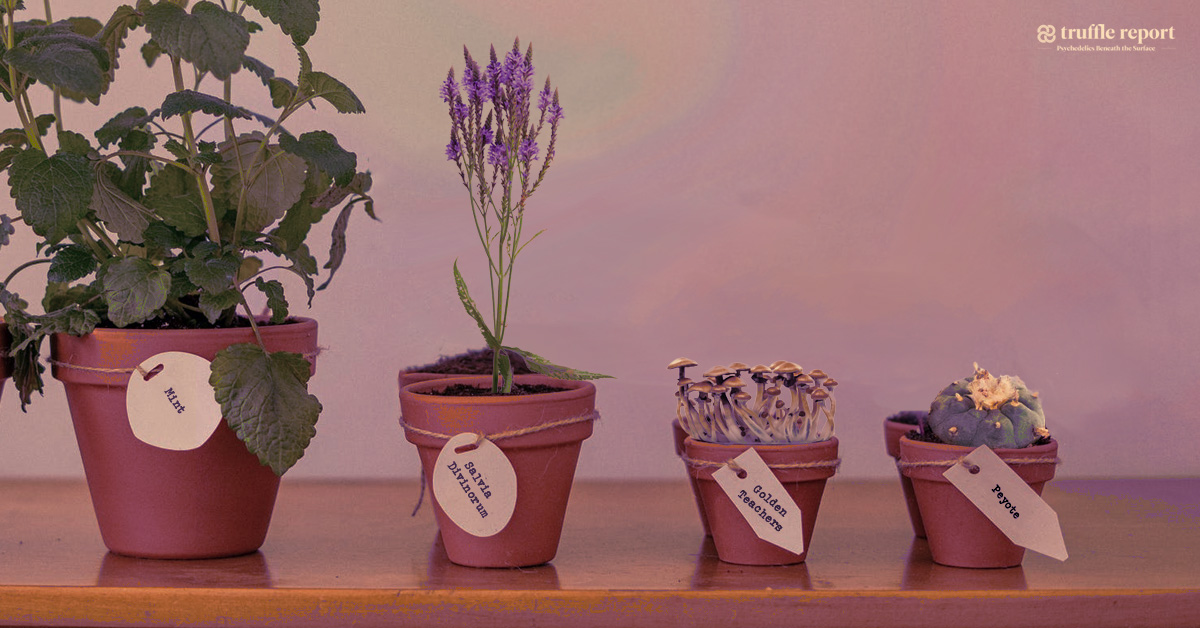 The initiative will work collaboratively to create an ordinance over the next few months, and will suggest that the city council enable “small scale commercial agriculture in residential zones, eased restrictions in commercial districts for small scale production and retail operations, and heightened barriers for entry to venture capital,” the press release says.

Oakland became the first city in the U.S. to decriminalize all naturally occurring psychedelic substances in 2019, following Denver, Colorado’s decriminalization of psilocybin.

With the new initiative, advocates are seeking input from the community, non-profits, and economists in order to retain the value of plant medicine locally, while also bringing municipal-level legislative changes to support the emergence of local producers.

“The ‘Go Local’ initiative is an effort to create legislation over the next six to 10 months to encourage a community participation process that will enable the emergence of the local soil-based economy in Oakland around entheogens, with the intention of ensuring that the benefits of this renaissance in plant medicine go to the local community, as opposed to the venture capitalists and corporations,” Carlos Plazola, co-founder of Decriminalize Nature tells Truffle Report.

The new initiative is being led by Decriminalize Nature and Oakland City Councilmember Noel Gallo, in collaboration with over 50 organizations across 30 cities.

“Our indigenous ancestors have used these plant medicines safely and successfully for thousands of years, despite efforts to oppress and extinguish their use,” says Councilmember Gallo in the press release. “So, it makes sense that the benefits of the discovery or rediscovery of the healing power of these entheogens by the West are enjoyed first and foremost by indigenous people, communities of colour, and local communities, in general.”

Plazola shared that the collaboration would suggest changes to zoning for preventing extraction, which was seen in the cannabis industry emerging from Proposition 64 — the voter initiative that legalized cannabis in California.

The collaboration will invite participating organizations as well as experts in Oakland and from across the U.S to online meetings to initiate the drafting of the legislation. “We’re going to talk about the types of legislative changes we can make, from zoning to business license requirements in November of this year,” Plazola says.

“January, February, March, and April of next year will be four consecutive workshops, where we’ll cover one topic per workshop. In June of next year is when we would introduce the legislation into the council, and pass it as an ordinance or set of ordinances that would implement legislative changes in multiple areas of our municipal code,” he adds.

Last December, the Oakland City Council voted unanimously to urge the State of California to allow legal protection to practitioners on December 15 under the Oakland Community Healing Initiative (OCHI).

Plazola shared that OCHI was a part of the five-point plan for building sustainable psychedelic communities. “OCHI was point two of the plan,” he says, adding, “the creation of a local economy task force, an addition to OCHI, is point number three in our five point community-based initiative, building stable communities by point plan.”

“Point number four, which we’re going to start working on, perhaps next year or the year after, is creating taxation and fee requirements against synthetic producers as they go through the FDA process when they are looking to synthesize something from nature,” he says. “The idea is that we’re creating a fund that would then go to support local community efforts, such as loans, grants for those communities that have been left out of economic opportunities.”

“The fifth point in our building sustainable communities is to build alliances around the world with indigenous communities that have been the caretakers of plant medicine, so that they don’t experience the kind of extractive capitalism that typically occurs when something like this emerges,” Plazola says.