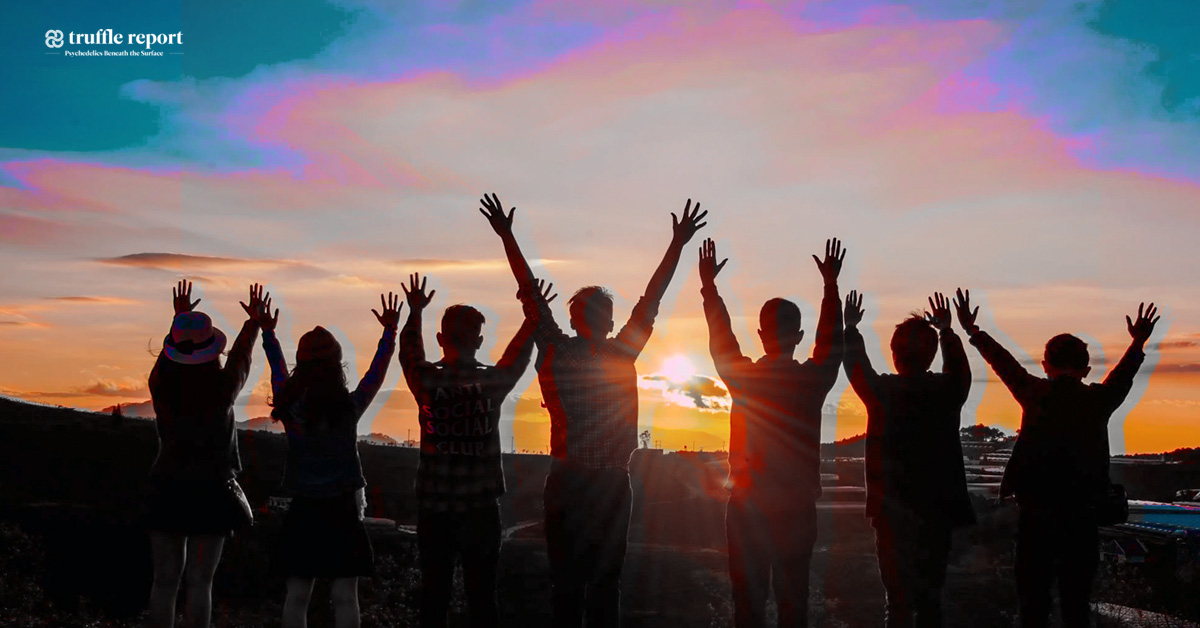 My Community Journey facilitated nine end-of-life patients who earlier received Section 56 exemptions under the Canadian Controlled Drugs and Substances Act, allowing them to use psilocybin medicinally. The program officials were waiting to hear back on the final exemption request, which ended up being approved three hours before the first group psilocybin session.

“It was stressful waiting on that last exemption,” says Dr. Valorie Masuda, a palliative care physician and team member, in a release. “But we believed in the process and worked with Health Canada to ensure all measures and parameters were in place to provide a safe and compassionate experience for these nine participants.”

The patients underwent a three-week preparation experience, meeting as a group and sharing hopes and fears before stepping into the drug administration process with guides and clinicians.

After the first session, the individuals integrated their experiences in that community. Results and outcomes from the nine-patient psilocybin group therapy study will be shared publicly after it concludes in December 2021.

Marsha Bennett, a patient with the group therapy program, shared, “I felt a depth of grace and healing. It took a tremendous amount of strength from this team to hold space so that I could feel safe and have that depth of experience. The strength and grace came from everyone else and it let me be so comfortable in my body. I felt freedom and liberation.”

Existential distress is a common symptom among patients with terminal diagnoses, which can cause profound mental suffering for patients as well as their families and care providers. Well-versed in the studies and scientific literature on end-of-life distress, Masuda says her experience “with these beautiful souls was the most touching thing I have ever witnessed.”

Dr. Pamela Kryskow, the RTT medical lead and team member, notes: “The safety of psilocybin mushrooms has been well established from millennia of use by Indigenous peoples across the globe and more recently from the clinical trials with psilocybin for participants at end-of-life at Johns Hopkins and New York Universities. Psilocybin has a better safety profile than nicotine and aspirin.”

Another patient, Shamus Birkel, says, “I have trauma to process around the cancer diagnosis and all of the pain and suffering, and the intensity of the last year. I felt so grateful, in this experience, the gift of a place where none of cancer has touched who I am.”

In August 2020, Health Canada allowed the country’s first four palliative patients to legally undergo psilocybin-assisted therapy, precipitating requests from more of those who have been suffering from treatment-resistant end-of-life distress and severe depression.

While Health Canada has significantly slowed down in exempting more Canadians to undergo psilocybin-assisted therapy, many underground therapists charge upwards of $2,000 for a single session, capitalizing on the demand. Masuda said that psilocybin-assisted therapy must be considered “as part of publicly funded primary health care, not just for those who can afford it.”

Canadian advocates and activists are pushing for policy reform, asking Health Canada to establish regulations for safe and equitable access to psilocybin-assisted psychotherapy, and to provide timely responses to those applying for treatment.

TheraPsil submitted a 169-page draft regulation proposal to Health Canada in August 2021, detailing a potential ‘framework for patients to access medical psilocybin in consultation with a healthcare provider, and access regulated psilocybin products.’

The draft is based on the Access to Cannabis for Medical Purposes Regulations (ACMPR), a 2016 medical cannabis regulation in Canada. The nine-part draft framework for psilocybin access lists details licensing and obtaining requirements to psilocybin product, packaging and access for medical purposes.