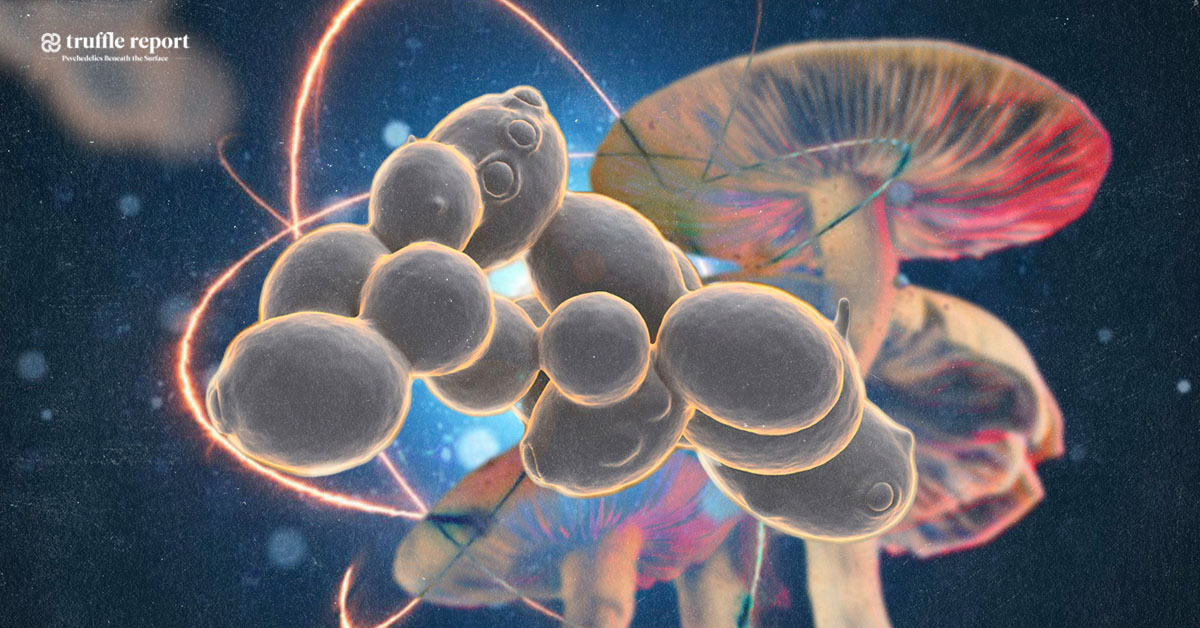 In recent years, advancements in the field of psychedelic medicine have been gaining attention, and bringing with them their own concerns about sourcing and production. While psychedelic drugs remain largely illegal for recreational use, a growing body of research is exploring their potential application for the treatment of both mental and physical health conditions, including major depressive disorder, anxiety, alcohol use disorder, and PTSD. Psilocybin mushrooms are most prominent among the psychedelic drugs being researched for their therapeutic potential.

For the new psychedelic industry, the process of extracting psilocybin from these psychedelic mushrooms should ideally produce results that are both timely and cost-effective in order to administer repeatable mental health treatments. However, the current extraction techniques have their challenges, which can include inconsistent yields and chemical instability for natural mushrooms, and a higher price tag for synthetic psilocybin.

At present, scientists are exploring new ways to produce psilocybin without needing to grow magic mushrooms or rely on conventional methods of extracting and producing synthetic psilocybin. COMPASS Pathways has developed and patented a new method of isolating psilocybin through chemical synthesis without the need for any magic mushrooms. While this method can create pure psilocybin, COMPASS Pathways uses 4-hydroxyindole as a starting substrate which results in high production costs with 4-hydroxyindole being around $350 CAD/$275 USD per gram.

As such, scientists are also investigating alternative, biologically-derived methods to produce psilocybin.

In a 2019 study published in the journal Metabolic Engineering, Miami University researchers led by Andrew Jones discovered a way to sustainably produce psilocybin. The team of researchers took genes responsible for producing psilocybin, added them to the bacteria E. coli, and created a new strain called pPsilo16.

“We are taking the DNA from the mushroom that encodes its ability to make this product and putting it in E. coli,” said Jones. “It’s similar to the way you make beer, through a fermentation process. We are effectively taking the technology that allows for scale and speed of production and applying it to our psilocybin producing E. coli.”

The new strain serves as a “modular biosynthetic production platform” for the psychedelic compound.

“Once we transferred the DNA, we saw [a tiny] peak emerge in our data. We knew we had done something huge,” said  Alexandra Adams, lead author.

The fermentation process for the bacteria resulted in 1.16 g/L of psilocybin – the “highest psilocybin titer achieved to date from a recombinant organism and a significant step towards demonstrating the feasibility of industrial production of biologically-derived psilocybin.”

“What’s exciting is the speed at which we were able to achieve our high production. Over the course of this study we improved production from only a few milligrams per liter to over a gram per liter, a near 500-fold increase,” said Jones.

Jones is focused on making the E. coli bacteria a better host in the follow-up clinical studies – the next step toward enabling sustainable production of psychedelic mushrooms at levels required by the pharmaceutical industry.

A team of Danish researchers at the Technical University of Denmark has presented a novel method for producing high amounts of psilocybin using baker’s yeast, Saccharomyces cerevisiae.

“It’s infeasible and way too expensive to extract psilocybin from magic mushrooms and the best chemical synthesis methods require expensive and difficult to source starting substrates. Thus, there is a need to bring down the cost of production and to provide a more consistent supply chain,” said Nick Milne, former Postdoc at DTU Biosustain and CSO and co-founder of Octarine Bio.

The yeast expresses a key enzyme involved in the psilocybin production pathway and doesn’t need to involve expensive chemicals, reducing the cost of the final product.

“To modify yeast to produce psilocybin, we took the genes that Psilocybe cubensis uses to produce psilocybin, optimized them for expression in yeast, then, through genetic engineering, introduced these genes into the genome of our yeast. The production of psilocybin starts with the amino acid tryptophan, which yeast also naturally produces from simple sugars. To further boost psilocybin production, we increased the yeast’s ability to produce tryptophan by modifying a few of its genes to help channel the yeast’s metabolism towards this amino acid. This is actually a really important aspect of metabolic engineering; these days it’s usually relatively straightforward to engineer an organism to produce a foreign molecule, but getting the organism to produce enough of the molecule to be commercially relevant is a key challenge in the field,” Milne explained in an interview with Technology Networks.

Chemical materials needed to synthesize psilocybin can be expensive, whereas glucose is relatively cheap. The psilocybin compound can be produced in yeast requiring only the addition of sugar and other nutrients.

The experiment resulted in 627 mg/L of psilocybin and 580 mg/L of psilocin. Although this number is less than the E. coli study, it was also cheaper to extract.

“The main challenge is to increase the amount of sugar that gets converted into psilocybin. Beyond that, to reach commercial-scale production satisfactory enough to be used for human clinical trials, we need to scale the process from one liter to thousands of liters. The fermentation development is critical, and of course, the other issue that we need to look into is how to efficiently purify psilocybin from the fermentation broth,” said Milne in an interview with Mind Foundation.