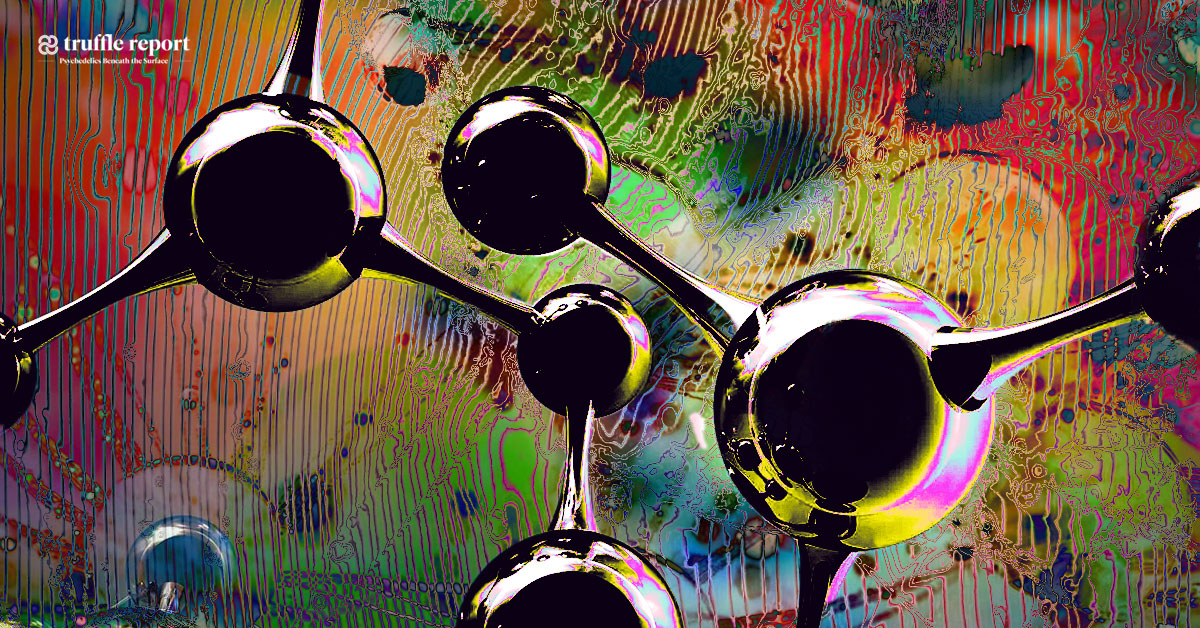 Growing evidence suggests that psychedelics have tremendous potential to treat mental illness in an effective and lasting way. However, the hallucinogenic effects of these new psychedelic molecules can sometimes complicate treatment. While there’s an argument to be made that the active aspect of a psychedelic trip could be crucial for personal growth, for many users it might also be very uncomfortable.

Researchers are currently investigating ways to retain the beneficial properties of these substances without the hallucinogenic experience. Many companies are actively working on developing new molecules that are derived from psychedelic compounds, such as psilocybin or LSD, that offer all of the therapeutic benefits with a reduction, or at least more controlled action, of the psychoactive effects. If nothing else, the current interest in new psychedelic molecules is leading down fascinating paths in the treatment of pervasive mental health conditions, as well as rare and severe illnesses.

In September of 2021, Mindset Pharma announced that the company had selected treatment-resistant depression and end-of-life angst as initial target conditions for their lead clinical candidate, a new psychedelic molecule known as MSP-1014. MSP-1014 is a new patent-pending drug candidate that, according to preclinical data, shows potential to be a safer second-generation psilocybin-like therapy with a lower potential for unwanted effects. It also has a similar receptor binding and function profile to psilocybin. According to Mindset, they believe that MSP-1014 could represent a safer and more expandable alternative to psilocybin.

In March of 2021, Bright Minds Biosciences announced that studies conducted with its proprietary 5-HT2C agonists show efficacy in rodent models of binge eating disorder. The study was directed by lead researcher, Dr. Kathryn A. Cunningham, Director, Center for Addiction Research, University of Texas Medical Branch and it used a validated rat model in which the rodents became accustomed to a high-fat feeding pattern.

This mouse model in particular also displays the objective characteristics of a binge eating episode in humans, which include the ingestion of a significant amount of high-fat food in a short period of time, as well as the loss of control that occurs throughout the episode. The efficacy of drugs designed to regulate binge eating in humans could be predicted using this approach. This new compound is a well-characterized 5-HT2C agonist with no 5-HT2A or 5-HT2B agonist activity. Using lorcaserin as the reference substance, the compound was tested at a range of potentially clinically relevant doses and found to be comparable. Lorcaserin is also a well-characterized 5-HT2C agonist, originally used for the treatment of obesity, that was demonstrated to suppress binge eating behaviour in this rodent model.

A non-hallucinogenic version of ibogaine has been developed by researchers at the University of California, Davis. According to the paper’s abstract, there is plenty of anecdotal evidence and reports that ibogaine can have powerful anti-addiction effects such as reducing drug cravings and preventing relapse. However, this powerful substance can have some serious side effects, such as intense hallucinations and cardiac toxicity. Additionally, it is also a controlled substance in most countries.

The Olson Laboratory at UC Davis team worked through a series of similar compounds by swapping out parts of the ibogaine molecule. They created a new, synthetic molecule which they named tabernanthalog or TBG. Unlike ibogaine, TBG is water-soluble and can be synthesized in a single step. Experiments with cell cultures and zebrafish show that it is less toxic than ibogaine.

TBG also stimulated the production of new dendrites (branches) and spines on dendrites in rat nerve cells. Other psychedelic substances, such as ketamine, LSD, MDMA, and DMT, have a similar effect on nerve cell connections. Additionally, TBG did not trigger a head twitch response in rodents, which is known to be linked to hallucinations in humans.

A series of experiments in rodent models of depression and addiction showed that TBG has some promising positive effects. For instance, mice trained to drink alcohol cut back on their consumption after a single dose of TBG. In another experiment, rats were trained to associate light and tone with pressing a bar to get a dose of heroin. When the heroin was taken away, the rats showed signs of withdrawal and pressed the lever again when given light and sound cues. Similar to the mice, rats treated with TBG had a long-lasting effect on opiate consumption and relapse. The researchers believe that  TBG works by changing the structure of neurons in key brain circuits involved in depression, anxiety, post-traumatic stress disorder and addiction.

According to their available information, these compounds are expected to disrupt pain signals in the central nervous system, cutting pain off at the source. When it comes to eating disorders, the substances are expected to mitigate the addictive characteristics of binge eating and the perpetual hunger signals that are present in hypothalamic obesity. Additionally, both compounds will be administered in conjunction with psychotherapy during the clinical trials.

Tryp has also partnered with the Chronic Pain & Fatigue Research Center at the University of Michigan in order to advance their fibromyalgia studies. They have yet to announce their partnerships for their clinical trials for phantom limb pain and complex regional pain syndrome.

In a previous article, we talked about Seelos Therapeutics and their plans to use SLS-005, or Trehalose, to treat a rare and severe type of childhood genetic disorder known as Sanfilippo Syndrome. The company is also using this compound, which was first identified in the same ergot fungus that is used to produce LSD, to treat amyotrophic lateral sclerosis.

Amyotrophic lateral sclerosis (ALS) is a group of rare neurological diseases that mainly involve the nerve cells (neurons) responsible for controlling voluntary muscle movement. Voluntary muscle movements involve everything from running a marathon to simply chewing your food or talking. This condition is chronic and progressive. There is no known cure for ALS and no effective treatment to halt or reverse the progression of the disease is known.

Mutations in certain genes are related to the development of ALS. These mutations contribute to the death of motor neurons and ALS-affected motor neurons develop a buildup of protein aggregates that are harmful. In in-vivo studies of ALS, trehalose has been shown to increase the clearance of protein buildups, decrease gene mutations and delay the progression of the disease.

Seelos is currently developing new psychedelic molecules a Phase IIb/III trial involving 160 patients with ALS in a double-blind placebo-controlled trial. Patients will be randomized and analyzed with a primary outcome measuring the change from baseline on Revised Amyotrophic Lateral Sclerosis Functional Rating Scale (ALSFRS-R) score at 24 weeks. Secondary outcomes will include the change from baseline in slow vital capacity, muscle strength, quality of life measurements and additional signs of disease progression.