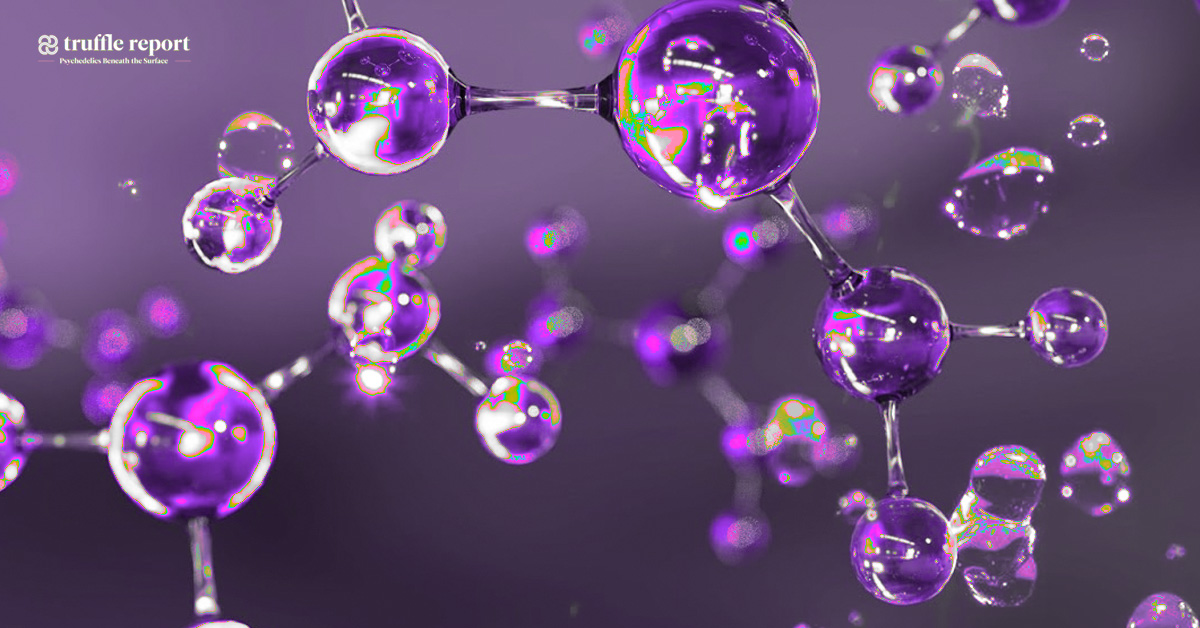 Last week, Truffle Report covered psychedelic research involving the discovery and development of new psychedelic molecules. As we previously mentioned, evidence suggests that psychedelics have great potential to treat mental illness, but the hallucinogenic effects of these compounds can sometimes complicate treatment.

This week, we’re looking at several other clinical trials and studies that use new psychedelic molecules, some of which are derived from classic psychedelic substances, in order to treat many different diseases and mental health conditions.

In September of 2021, Field Trip announced that the lead indications for FT-104, its novel psychedelic compound in development, will be Treatment-Resistant Depression (TRD) and Postpartum Depression (PPD). FT-104 is a synthetic serotonin-2A (5HT2A) agonist with a serotonin-2A potency similar to psilocybin in its active component. The active component of FT-104, on the other hand, is projected to have a significantly shorter psychoactive duration (2-3 hours) than psilocybin.

Preclinical activities that will allow Phase I clinical trials to begin in calendar Q1 2022 are now underway and are planned to last until the end of  2021. Following the completion of Phase 1 and the filing of a US-IND (Investigational New Drug) application, Field Trip plans to begin Phase IIA investigations in TRD, with Phase II studies in TRD and PPD scheduled to be conducted in parallel.

Scientists at the University of California, Davis have discovered a psychedelic-like drug, known as AAZ-A-154, that can trigger quick and long-lasting antidepressant effects in mice without the visibly manifesting hallucinations. According to the researchers, this is only the second non-hallucinogenic drug they’ve found that shows clinical benefits similar to psychedelics.

The other molecule, Tabernanthalog (TBG), was developed last year by some of the same researchers, and while it boosted the branching of mouse neurons in similar ways to ketamine, LSD, MDMA, and DMT, it appears AAZ-A-154 may have a stronger and longer-lasting antidepressant effect in live animals. AAZ-A-154 acts on the same serotonin receptors in the brain as antipsychotic drugs and psychedelics, by promoting neuronal growth and producing positive behaviours in rodents for weeks after a single dose.

When this compound was administered to mice, it produced antidepressant-like effects within 30 minutes and it didn’t trigger any head twitches, which are a sign that the molecule might be causing hallucinations in humans. The effects appeared to be the same even at larger doses, with cognitive improvements lasting for more than a week.

In June of 2020, Cybin announced that it had selected social anxiety disorder (SAD) and generalized anxiety disorder (GAD) as the initial indications for its proprietary psychedelic molecule CYB004. Cybin’s CYB004 is designed to have a faster onset and a shorter duration while maintaining all of the clinical benefits of psilocybin and other psychedelic compounds. The company is also designing a compound called CYB003 which will be used for the treatment of depression and addiction.

The main purpose of developing these new psychedelic molecules instead of using psilocybin itself is to diminish the psychoactive effect of the substance as much as possible. To achieve this, Cybin is formulating an orally disintegrating tablet (ODT) for CYB003, which they believe could allow them to achieve pre-gastric delivery and prevent first-pass metabolism. ODT delivery could improve CYB003’s pharmacokinetic profile, giving the researchers more control over the drug. CYB004 is designed to be inhaled and will bypass the gastric system entirely.

At the beginning of 2021, atai Life Sciences announced that it had acquired a majority stake in Recognify Life Sciences, a company developing a treatment for Cognitive Impairment Associated with Schizophrenia (CIAS). Recognify’s primary compound in development, RL-007 has been shown to modulate three mechanisms that are key to learning and memory: cholinergic, NMDA, and GABA type B receptor systems. The NMDA receptor is a glutamate receptor and ion channel found in neurons. The GABA receptor is a neurotransmitter that sends chemical messages through the brain and the nervous system. Both are involved in regulating communication between brain cells and are key receptors in cognitive function.

RL-007 is a Phase II-ready asset that has been previously assessed in nine clinical studies, seven Phase I studies and two Phase II studies. Three of these clinical trials showed improvements in language learning and memory, including a large Phase II investigation of people with peripheral neuropathic pain.