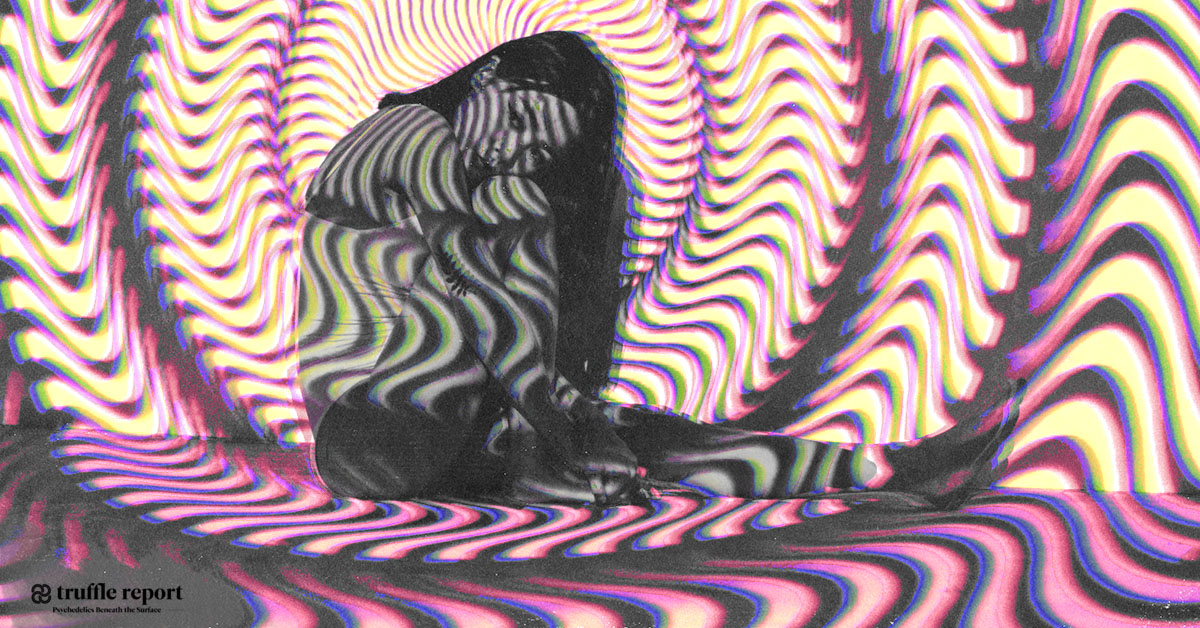 A newly launched foundation is supporting and funding scientific research on Hallucinogen Persisting Perception Disorder (HPPD), a condition less formally called “acid flashbacks”, in the hope of finding a cure for the under-researched condition.

Through its fundraising efforts, the Perception Restoration Foundation is supporting two new studies on HPPD at Macquarie University and the University of Melbourne, both located in Australia.

The research, described as “groundbreaking” in a tweet by psychedelics writer Michael Pollan, aims to shed light on HPPD and bring this little-known condition to the forefront of psychedelic research.

What is Hallucinogen Persisting Perception Disorder?

HPPD is a condition where a person who has previously used a hallucinogenic drug experiences recurring sensory or perceptual disturbances, even years after consuming the drug.

The condition was first described as “flashbacks” in 1969, and it is now commonly referred to as “acid flashbacks” by users. Another common term is “Alice in Wonderland Syndrome,” which is characterized by visual illusions (specifically macropsia, micropsia, pelopsia, and teleopsia) that occur both during the initial consumption of LSD and continue after the drug has worn off.

People with HPPD report a variety of visual changes, including:

Despite being first described in 1954, HPPD’s exact cause has not yet been determined. It is commonly associated with the use of recreational drugs such as LSD and MDMA, cannabis, psychostimulants, and prescription drugs such as selective serotonin reuptake inhibitors (SSRIs).

According to two studies from 1982 and 1984, HPPD affects between 5 to 50% of hallucinogen users. A more recent study of psychedelic users published in 2011 found 60.6% of participants experienced HPPD-like visual effects when drug-free. 4.2% of participants in this study said they found their visual experiences so disturbing or impairing that they were considering seeking treatment.

In 2016, the condition was characterized into two types. Type 1 involves brief “flashbacks,” whereas patients with Type 2 experience chronic perception disturbances of varying intensity that wax and wane over months and years. These perceptual disturbances can be so disturbing or irritating that they dramatically impact a person’s ability to function and can lead to mental health disorders, including anxiety and depression.

A person is considered to have HPPD if they meet the following criteria:

Sadly, there is no specific treatment or known cure for HPPD. While antipsychotic drugs and SSRIs have helped some patients, their use has also been shown to worsen patients’ symptoms.

To date, there is no also known relationship between the occurrence of HPPD and the quantity of a substance used. While it is believed comorbid conditions for HPPD are panic disorder, alcohol use disorder, and major depressive disorder, the risk factors for developing HPPD are under-researched.

Launched last week, the Perception Restoration Foundation is a non-profit dedicated to organizing, supporting, and funding research into HPPD with the aim of one day finding a cure for the disorder. “At the Perception Restoration Foundation, it’s our ambition to act as a representative, engaged, and self-reflective voice for the HPPD community, which has been under-covered and marginalized in most discussions around psychedelic and other triggering drugs,” the organization states.

Donations made to the foundation are distributed to a network of international scientists working to understand HPPD.

One project being supported by the foundation is a new study being carried out in collaboration between Macquarie University and the Institute for the Clinical Advancement of Neuroplasticity (ICAN).

This study will carry out the deepest neuroimaging of HPPD patients’ brains to date. Functional magnetic resonance imaging (fMRI) and magnetoencephalography (MEG) methods will be used to measure the spatial and temporal activities of the visual pathways of each participant.

It is hoped that the scans of HPPD patients, compared with control participants who are free from hallucinations, will reveal insights about the condition at a neurophysiological level, such as the mechanisms of brain functions that contribute to how HPPD patients manifest visual hallucinations.

The foundation is also supporting another project at the University of Melbourne where researchers are developing a psychophysics tool — a way of presenting visual experiences on a screen — that can test if a person has HPPD or if they are at risk of developing the disorder. This tool is based on earlier research that suggests a person is more at risk of developing debilitating perceptual changes if they already experience visual effects.

Both of these studies may lead to vital knowledge that could not only help people currently living with HPPD but that could improve the safety of clinical trials involving psychedelic use, for example, by disallowing possible participants who are deemed at risk of developing HPPD from taking part in the research.

Digital therapeutics provider Ehave is also researching HPPD, intending to develop a tool that can isolate an individual’s risk profile of developing the condition. “Harm reduction and prevention are extremely important when dealing with these powerful molecules,” said Ehave CEO Ben Kaplan. “We want to be an industry leader in preventing negative side effects during treatment and believe this can be of benefit to the entire industry.”